The 5 worst weapons of World War I 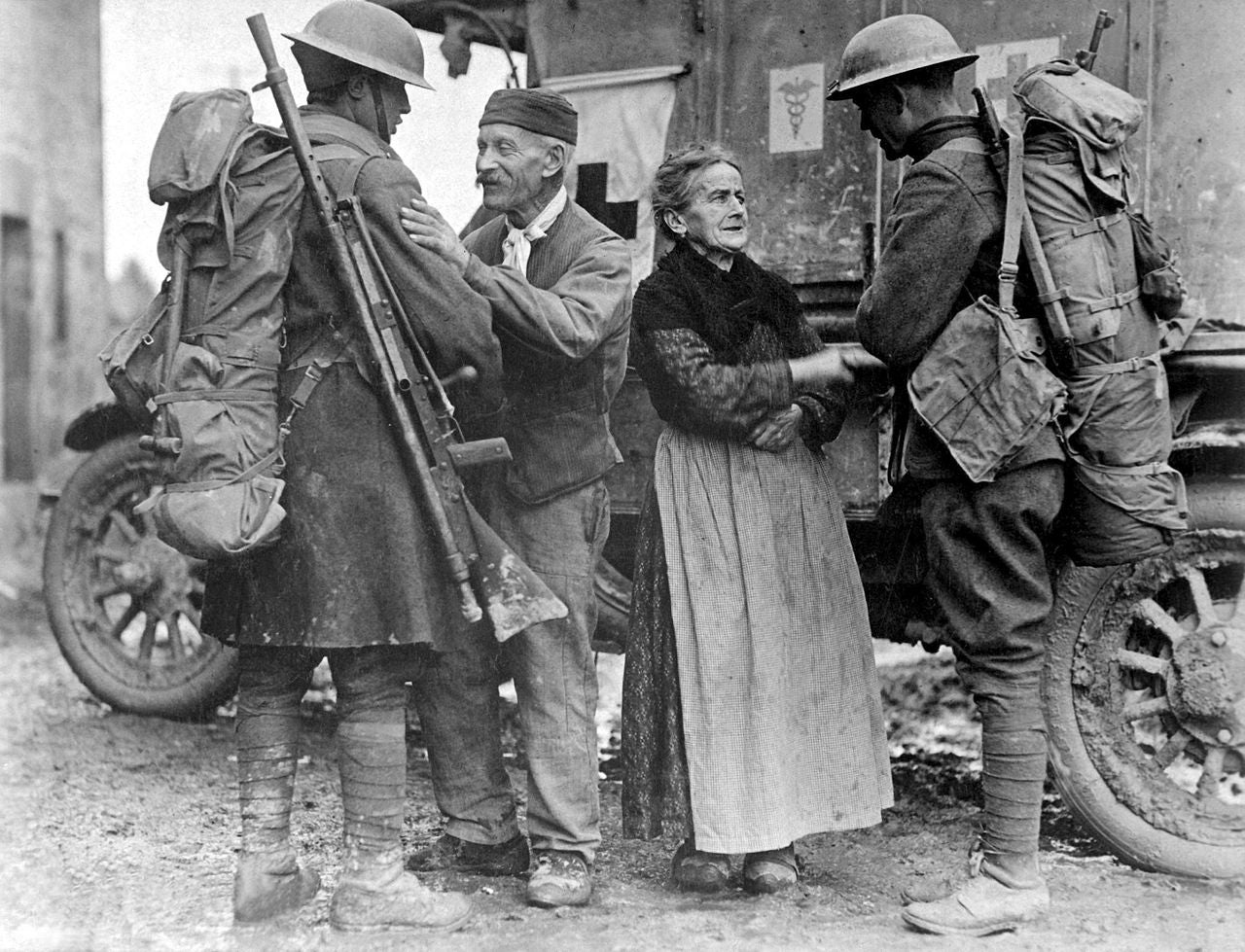 Soldiers of the American 308th and 166th Infantry Regiments liberate a French town in 1918. The soldier on the left is carrying a Chauchat slung over his shoulder. (Wikipedia).

World War I ushered in an entirely new kind of warfare. Gone were the days of large infantry formations, marching on the battlefield, trying to outmaneuver one another. The Great War brought the age of mechanized warfare, bloody, muddy trenches, and automatic rifling.

With this new age of combat in the post-Industrial Revolution world, it’s understandable that military thinkers, planners, and generals would attempt to create new weapons with the ability to give their soldiers an edge against the enemy on the battlefields. In World War I, many things were tried, some succeeded, others did not.

These are the drastic failures.

It seems like a good idea in theory. Soldiers on the battlefields of Western Europe needed an entrenching tool for the combat happening there, but they also were subject to seemingly unending incoming fire in combat. The solution seemed simple, a shovel that could double as a shield.

When it arrived in Europe, it had a hold from which soldiers could shoot through, but it also had a number of problems. As a shovel, it was blunt, the handle was too short and it was useless as protection unless you were already in a trench.

The French were well aware that fighting in the trenches on their home turf was a dirty, messy business, still they developed their first single-shooter light machine gun, the Chauchat, with low-quality parts. This led to a number of things that were just devastating in combat.

The thin metal parts allowed for dirt and mud to enter the weapon and its magazines and it stopped working entirely when it overheated – a design flaw that should have been glaringly apparent. This is what happens when you design a weapon meant to be easy to buil instead of easy to use.

This is, again, another idea that seemed perfect in theory but failed in execution. The mobile personnel shield was intended to protect troops as they advanced in the face of heavy machine gun fire. To make these shields on wheels and give them the power to stop high-velocity rounds, they had to be made of thick metal.

In the irregular terrain of a World War I battlefield, combined whatever inclement weather was happening in the trenches on a given day, imagine having to lift a heavy, solid metal box on wheels above the trenches and then push it toward the objective. If it seems impossible, you’re right.

The Industrial Revolution began with a revolutionary new kind of power: steam. But progress happened so fast around the world that by World War I, steam had been surpassed by a new engine: internal combustion. So why the British decided to build an entire class of submarine powered by steam and not diesel is hard to fathom.

The K-Class submarine may have killed more British sailors than German ones, and soon became known as the “Killer Class” sub.

Artillery, like any other projectile weapon, is affected by wear in the barrel, and the more rounds fired, the less accurate and powerful the weapon is. So while building a giant gun that can fire rounds into the stratosphere seems like a winning idea, in practice, it was just an expensive pipe dream.