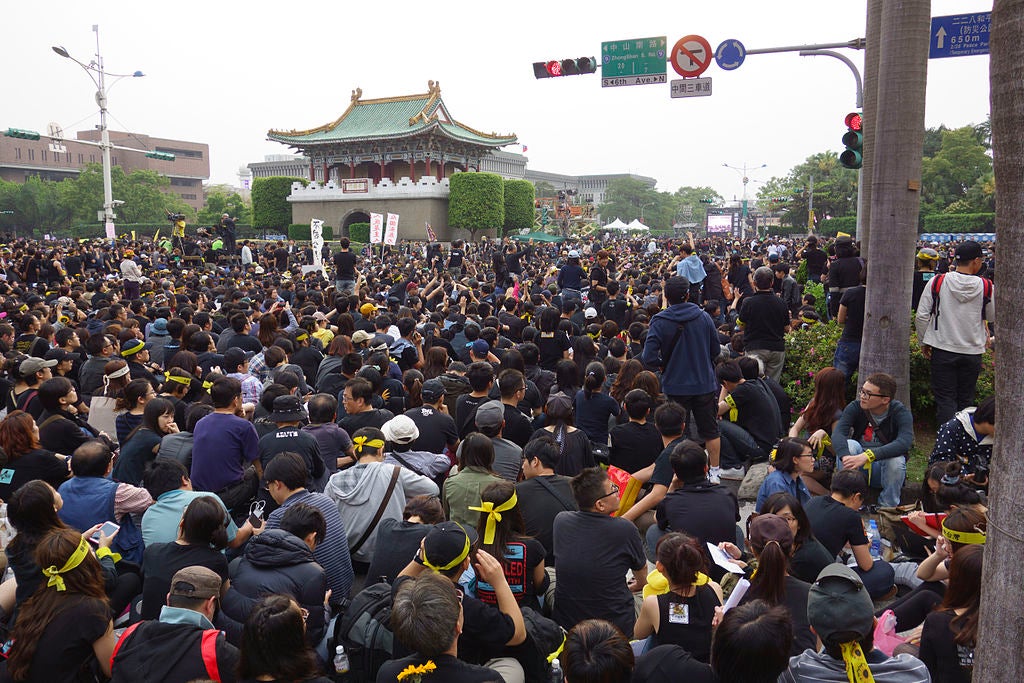 In the two previous World Wars, there was a clear flashpoint that lit the match that lit the fuse that blew a powder keg situation into a full-scale war. In World War I, that site was Sarajevo, where Austrian Archduke Franz Ferdinand was assassinated. In World War II, the Allies repeatedly warned Hitler that an invasion of Poland would mean war in Europe, but in 1939, he did it anyway.

Once again, the world is looking to a handful of flashpoints that could trigger an all-out war for control of certain places for whatever strategic reason. While many are looking at a possible Russian invasion of Ukraine, the real flashpoint is further east, in Taiwan. Here’s why.

Just as in the leadup to World War I and World War II, there are forces at work dividing the world into two sides, setting the stage for a global conflict. In Ukraine, the alliances at work have existed for decades, as NATO was designed as a bulwark against Russian (then-Soviet) aggression.

Although the United States isn’t formally obligated to go to war with China in the event of an attack on Taiwan, the promise of American assistance is out there and with every smaller nation in the Pacific region looking toward U.S. leadership, it would be difficult for the U.S. military not to act in its defense.

2. China is prepared for deployment; Russia is not

For all its blustering, the Russian military is only aggressive near its own borders. Right now, Russian troops are only deployed to Syria and the Russian army would require nearly all of its active forces for a potential invasion of Ukraine and the potential fallout from a NATO response. This is something the Russians have typically not had to worry about. Its invasion of Georgia in 2006 was unlikely to provoke a military response – it was a safer bet.

Meanwhile, China has long prepared for aggressive action in the region of the South China Sea. The leadership of the previous president, Hu Jintao, was marked by China’s “peaceful rise,” whereas Xi Jinping’s presidency built on the military growth for a more aggressive foreign policy posture. The Chinese military is now more than capable of backing Beijing’s decisions.

Vladimir Putin has long asserted that Ukraine is a part of Russia, but Ukrainians disagree with him (and anyone else who holds the same beliefs). Russia’s claim to Ukraine is a tenuous one and in truth, Russia already controls its most valuable national security concern: the Crimea. Russia only has an interest in Ukraine because it believes NATO membership would damage its national security.

Meanwhile, China has always laid claim to Taiwan as being a part of China. In the years before Japanese dominance in the Pacific region, Taiwan (then called Formosa) was a Chinese-held territory. It was controlled by Japan until the end of World War II, when nationalists fleeing mainland China set up a state in exile on the island. It’s now the last bastion of anti-communist sentiment in China.

4. China is in clean-up mode

For centuries, China’s possessions were systematically stripped by colonial interests and foreign powers. With the exceptions of a few peasant revolts and a couple of (failed) attempts to assert its national authority, China was forced to make concessions to the bigger powers who dominated them at the time. Now, China is on a mission to reclaim those territories and make China whole again.

Over the past few decades, China has been slowly retaking those possessions and asserting its authority there, whether the locals like it or not. Tibet, Hong Kong and Macau are just a couple of the regions China has reclaimed and slowly encroached on in the past few decades. Rest assured China will not just let Taiwan be a thorn in its side forever.

5. The arms race is booming

American arms are always working, and the Pentagon routinely gets more money from Congress than any other function of government, so that the United States is building its military should be no surprise. But China’s military growth is also progressing at a breakneck pace. China has increased military spending every year for decades, and in 2021 increased spending by 6.8%.

Although the buildup to war in Europe in the days before World War II saw much more spending (as a percentage of GDP), Germany was also rebuilding its armed forces from nothing while Taiwan has been spending massive amounts on defense for decades. The numbers are still large enough to show a buildup in offensive and defensive arms.