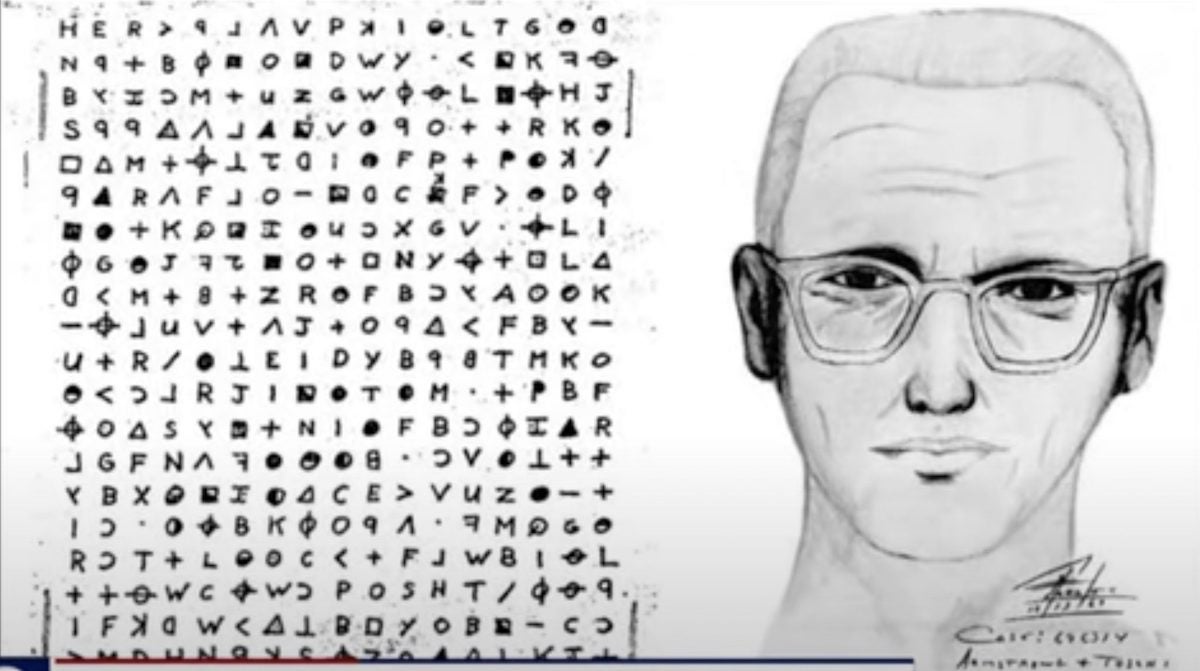 An unidentified serial killer murdered five victims in Northern California between 1968 and 1969. The killer then taunted the police and terrorized the public through threatening handwritten letters he sent to the press from 1969 to 1974. In addition to these letters taking responsibility for the murders, the killer known to investigators only as “Zodiac” also delivered four cryptograms, or coded messages, to be deciphered. For 51 years, the “340 Cipher” and the identity of the Zodiac Killer have puzzled FBI agents, police detectives, investigative journalists, and cryptographers alike. On Friday, the FBI announced the 340 Cipher — aptly named for the number of symbols in the decrypted message — has been solved.

“Over the past 51 years, CRRU [Cryptanalysis and Racketeering Records Unit] has reviewed numerous proposed solutions from the public — none of which had merit,” the FBI said in a statement. “The cipher was recently solved by a team of three private citizens.”

In the midst of a golden age of amateur sleuthing and crime solving of cold cases, a new wave of inquisitive private citizens have dedicated their time to the point of obsession to uncover leads to the most infamous unsolved mysteries. A popular route that has emerged in recent years is hosting true-crime podcasts in an effort to reveal the hidden truths previously overlooked or missed. The Murder Squad podcast, for example, solved a 1980 cold case thanks to a listener’s submission of their DNA to a genealogy website.

For the 340 Cipher, however, the tireless work began 14 years ago when Virginia-based web designer David Oranchak tried to break the code. He added two team members to his passion project as recently as this year: Australian applied mathematician Sam Blake and a Belgian code-breaking software engineer named Jarl Van Eycke. Using Van Eycke’s code-breaking software called AZdecrypt, the team tested 650,000 possible solutions through trial and error. On Thursday, Dec. 3, they caught their first break, recognizing the phrases “Hope you are trying to catch me” and “or the gas chamber.”

“In Sam’s manipulation of the cipher he reads through all the symbols in a diagonal direction following this rule: first, start in the upper left corner, write out that symbol, move down one, then move over two, write out that symbol, continue until you get to an edge,” Oranchak says in his YouTube explanation video titled Let’s Crack Zodiac — Episode 5 — The 340 Is Solved! He continues, “Then jump around to the opposite edge and keep going.”

The team was stunned after making further modifications to their software that revealed the phrase “that wasn’t me on the TV show,” in reference to the Zodiac Killer’s letter sent two weeks after someone called into a Bay Area talk show in 1969. “I need help,” the caller said on the air. “I’m sick […] I don’t want to go to the gas chamber.” The timeline of events fit the solution that Oranchak and his team were pursuing.

On Dec. 5, when the team was satisfied with their results, they sent the deciphered 340 code to the FBI to confirm their findings. It read in capital letters, without punctuation, and it misspelled the word paradise: “I hope you are having lots of fun in trying to catch me that wasn’t me on the TV show which brings up a point about me I am not afraid of the gas chamber because it will send me to paradice all the sooner because I now have enough slaves to work for me where everyone else has nothing when they reach paradice so they are afraid of death I am not afraid because I know that my new life is life will be an easy one in paradice death.”

Although this is a small victory, the message didn’t divulge the true identity of Zodiac, which the killer declared was in one of the cryptograms. The Zodiac Killer remains on the loose, and the victim’s families are without closure. In order to bring awareness to cold cases and mysteries that may be decades old, bringing their stories into the spotlight once more may result in new leads in the future.

In 2007, actor Jake Gyllenhaal’s portrayal of San Francisco cartoonist and amateur detective Robert Graysmith in the 2007 movie Zodiac did just that. Graysmith, who was on staff at the San Francisco Chronicle in 1969 when the Zodiac Killer first contacted the newspaper, wrote a New York Times bestseller on the topic. Perhaps this latest news may inspire other cryptographers to decode the remaining two cryptograms in a quest to uncover the true identity of Zodiac.