So long to smocks? Army considers changes to 40-year-old maternity uniform - We Are The Mighty 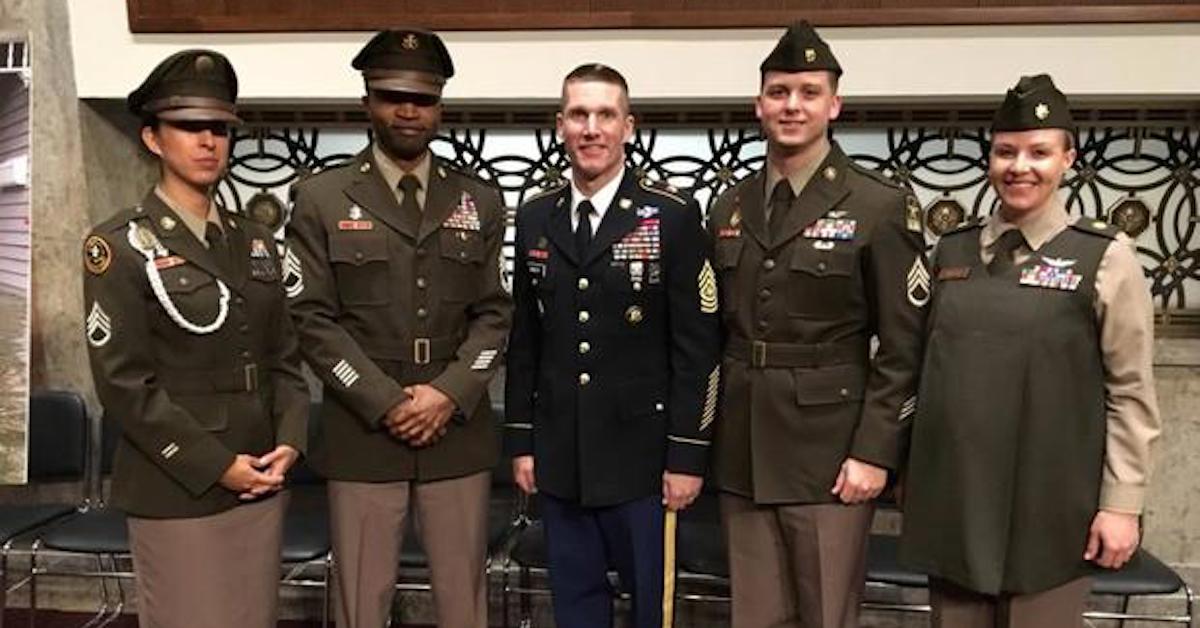 The Army Uniform Board will consider whether to update the service’s 40-year-old smock maternity uniform and possibly issue a lactation shirt for new mothers as part of the board’s 152nd meeting on Wednesday.

The uniform board meets twice a year to discuss recommendations for potential improvements to Army uniforms and changes to issue clothing bag items. It also proposes possible future uniform items for the service to study.

The board, which is made up of members of the active force, National Guard and Reserve, plans to discuss redesigning the Army Green Service Uniform-Maternity, which is part of the service’s new World War II-style uniform, according to a news release.

“That maternity uniform resembled the style of uniform that has been issued since the 1980s and was first designed in 1979,” the release states. It adds that the board will discuss whether to modernize the maternity uniform or continue with the current style.

The Marine Corps announced late last year that it is considering new long- and short-sleeve maternity shirts after the Air Force unveiled a new design of its own that offers more stretch and stain resistance.

Pregnant airmen at Wright-Patterson Air Force Base in Ohio tested the new maternity shirts in 2018 to gather feedback from women at different stages of pregnancy to improve fit options.

Improved fit and function of maternity clothing items are overdue, said then-Air Force Chief of Staff Gen. David Goldfein, who explained that female service members have been forced to spend more money than men altering uniforms so they fit properly.

The Army Uniform Board is also scheduled to consider developing a lactation shirt for the Maternity Utility Uniform in the Operational Combat Pattern, according to the release.

The effort could result in an issued uniform item for new mothers. Currently, the Army does not include a lactation shirt as part of the clothing bag issue; female soldiers must purchase them from commercial companies, the release states.

The Marine Corps announced last year that it was fielding a nursing undershirt for new mothers as part of other uniform changes that emerged from a Defense Advisory Committee on Women in the Services committee meeting. Sailors and airmen are authorized to wear specially designed nursing T-shirts with certain uniforms.

The uniform board’s June 25 meeting resulted in a recommendation to develop a maternity Army Physical Fitness Uniform. Army Chief of Staff Gen. James McConville approved the recommendation, allowing the service to proceed with a user evaluation, which will include a wear test of potential uniform items.

The board also recommended research on improving the quality and effectiveness of the athletic bras issued to soldiers in entry-level training, as well as to deploying troops.