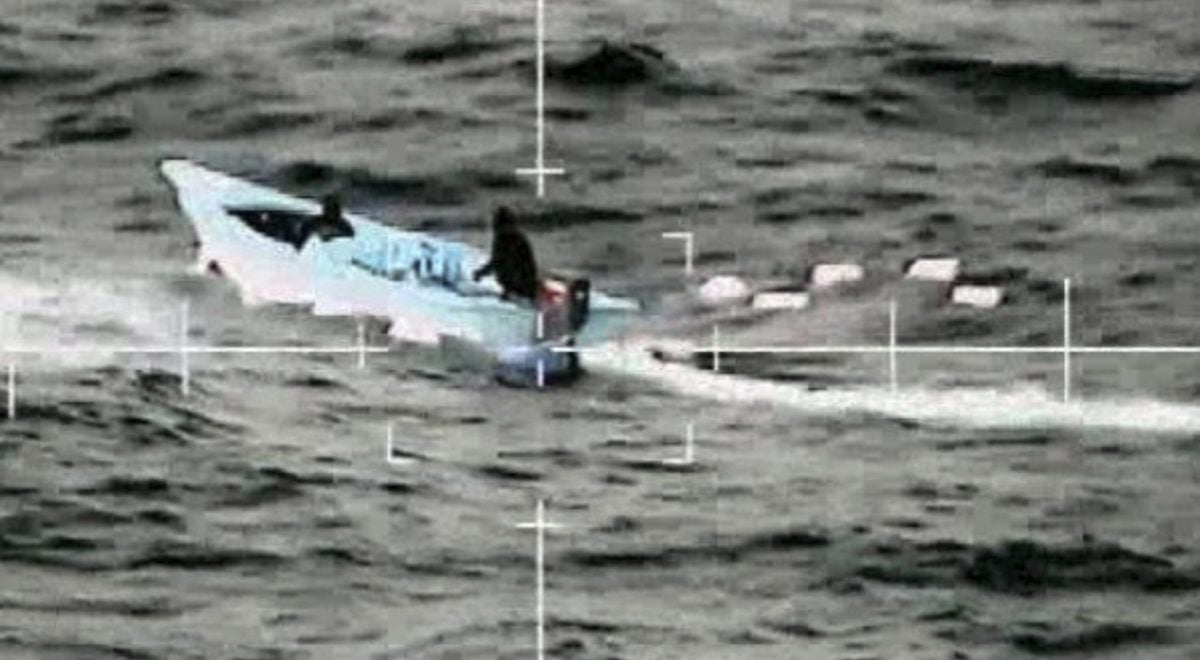 The US Coast Guard and its allies announced the seizure of approximately 23,000 pounds of cocaine and 8,800 pounds of marijuana before offloading the illegal drugs at Port Everglades, Florida, during a press conference on Wednesday.

“The outstanding Coast Guard women and men on this ship are the very best. Their professionalism, teamwork, and dedication produced multiple interdictions through often harrowing and arduous conditions,” said Capt. Todd Vance, commanding officer of the Coast Guard cutter James. “With absolute certainty, we know that each interdiction saves lives and helps to protect others from violence, extortion, and instability; byproducts of the illegal drug trade in the Western Hemisphere.”

Over the course of approximately three months, the combined task force conducted 20 separate interdictions with eight American and United Kingdom ships, dealing a heavy strike against the drug trafficking organizations responsible for the illegal narcotics. The seized narcotics are estimated to have a street value of $411.3 million.

The operation was successful despite one of the task force’s ships being forced to make an early return to port because of a surge of COVID-19 infections. The USCG cutter Stratton returned to port Nov. 18, 2020, after crew members tested positive for the novel coronavirus. Out of the 133 crew members, 11 had tested positive by the time the Stratton returned to its homeport at Coast Guard Island in Alameda, California.

The USCG cutter James’ most recent deployment was part of the efforts of the Joint Interagency Task Force South (JIATF) to combat illegal trafficking of all types in the Eastern Pacific and the Caribbean Sea. The task force, located at Naval Station Key West, Florida, conducts detection and monitoring operations in the Joint Operating Area in order to maintain security in the US and her allied countries.

The US Coast Guard, Navy, Customs and Border Protection, Federal Bureau of Investigation, Drug Enforcement Administration, and Immigration and Customs Enforcement, along with allied and international partner agencies, including the United Kingdom, France, and the Netherlands, all played a role in the recent counterdrug operations.

The USCG 7th District Southeast said in a press release, “The fight against drug cartels in the Eastern Pacific Ocean and the Caribbean Sea requires unity of effort in all phases from detection, monitoring and interdictions, to criminal prosecutions by international partners and U.S. Attorneys’ Offices in districts across the nation.”

Capt. Vance gave an example during the press conference of one of the task force’s recent interdictions. He said that USCG and Dutch Caribbean surveillance aircraft located a drug smuggling vessel somewhere in the Caribbean Sea. The UK launched an aircraft from its Royal Fleet auxiliary ship Argus, with a USCG law enforcement group of eight to 10 personnel attached. The group completed a successful interdiction of the drug smuggling vessel, with the interdiction and boarding led and conducted by the USCG.

“If that’s not joint international collaboration, I’m not sure what it better looks like. A coordination like this happens every day in this theater of the world,” said Vance. He continued to recognize the various US and foreign ally partnerships, who “work together to stop the drugs from poisoning our communities. Who work together to reduce the influence and corruption of transnational criminal organizations and their corrupt influence on regional leaders. They work together to enhance safety, security, and regional security here in the Western Hemisphere.”