3 countries where Russian mercenaries are known to operate Newly confirmed Secretary of State Mike Pompeo confirmed in April 2018, that the US killed hundreds of Russians during a large firefight in Syria in early February 2018.

“In Syria now, a handful of weeks ago, the Russians met their match,” Pompeo said. “A couple hundred Russians were killed.”

The Russians were part of Wagner Group, or Vagner Group, a private mercenary company reportedly contracted by the Syrian government to capture and secure oil and gas fields from ISIS.

The Wagner Group started getting attention in 2014 when its mercenaries fought alongside Russian-backed separatists in Ukraine, before moving to Syria.

While little is still known about the shadowy mercenary group, they are believed to be operating in at least the following three countries: 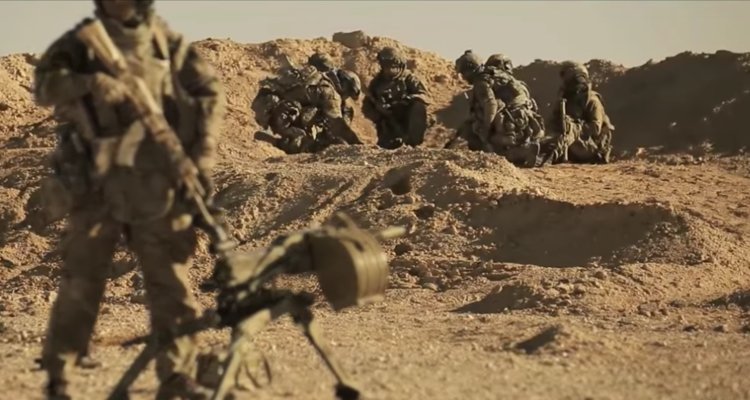 There are currently about 2,500 Wagner mercenaries in Syria, according to the BBC, but the figures have varied.

In 2015-2016, Wagner mercenaries moved from Ukraine to Syria, Sergey Sukhankin, an associate expert at the International Centre for Policy Studies in Kyiv, told Business Insider in an email.

The mercenary group was contracted by Syria’s state-owned General Petroleum Corp to capture and secure gas and oil fields by ISIS, reportedly being given 25% of the proceeds, according to the Associated Press.

A Russian journalist who helped break the story about the mercenaries killed by the US military in February died earlier this month after mysteriously falling from a balcony.

Wagner mercenaries were sent to Sudan in early January 2018, according to Stratfor.

The Wagner mercenaries were sent to Sudan “in a conflict against the South Sudan” to back up Sudanese President Omar al-Bashir’s government “militarily and hammer out beneficial conditions for the Russian companies,” Sukhankin said.

The mercenaries are also protecting gold, uranium and diamond mines, Sukhankin said, adding that the latter is the “most essential commodity.”

Russian President Vladimir Putin has a cozy relationship with al-Bashir. The two leaders met in Moscow in late 2017, where al-Bashir asked Putin for protection from the US.

The Hague has had an arrest warrant out for al-Bashir since 2009 for crimes against humanity.

In early January 2018, Stratfor reported that Wagner mercenaries might soon be sent to CAR, and Sukhankin said that there are now about 370 mercenaries in CAR and Sudan.

Sukhankin said that Wagner mercenaries have the same general mission in CAR — protecting lucrative mines and propping up the government regime.

In December 2017, the UN allowed Russia to begin selling weapons to the CAR, one of the many ways Moscow is trying to influence the continent. The CAR government is trying to combat violence being perpetrated by multiple armed groups along ethnic and religious lines.

“The Russian private sector is also seeking to invest in the country’s infrastructure and education,” RT reported.

“Moscow seems more interested in filling its coffers through the Wagner deals than in preparing for a massive investment drive [in Africa],” Stratfor reported.

The Wagner Group might also be operating in other countries now or in the future.

“Potentially, the Balkans if any conflict erupts,” Sukhankin said. “The Russians had sent PMC’s in 1992 to Bosnia. In case something occurs, this might happen once again.”

Wagner mercenaries might also soon be sent to Libya, one Wagner commander told RFERL in March 2018.

“There are many fights ahead,” the commander told RFERL. “Soon it will be in Libya. [Wagner] is already fighting in Sudan.”

Russia has been engaging more and more with Libya since 2016, supporting the faction led by military commander Khalifa Haftar. Meanwhile, NATO backs the the Government of National Accord, led by Fayez al-Sarraj.

Wagner commanders said that demand for their mercanaries will continue to grow as “war between the Russian Federation and the United States” continues, RFERL reported.