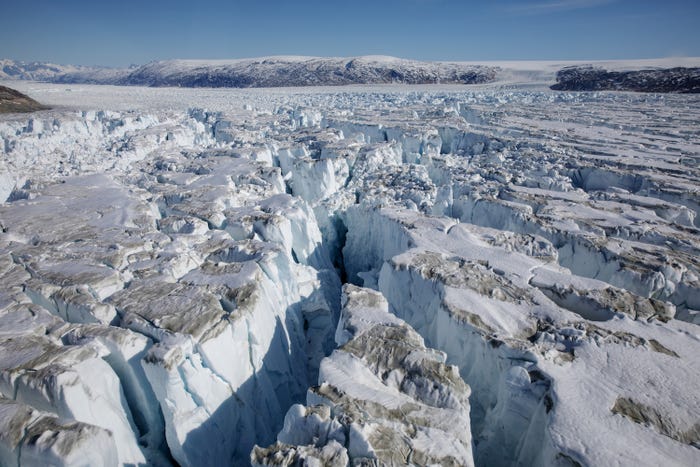 During the Cold War, US Army scientists planned to hide hundreds of nuclear warheads underneath the Greenland ice sheet in a covert mission known as “Project Iceworm.”

It was 1960 and tensions were mounting between the US and Soviet Union. If nuclear war broke out, the US wanted to be close enough to strike the USSR with medium-range missiles.

But the top-secret project was abandoned after scientists realized that the ice sheet was moving too quickly: Within two years, the trenches dug by the military would be destroyed.

The work wasn’t entirely fruitless, though, since geologists held onto samples of ancient soil from roughly 4,500 feet below the surface of the ice. The frozen chunks were stored in glass cookie jars for five decades, until researchers at the University of Vermont got hold of them, thawed the chunks, and began to rinse the sediment in the lab.

In doing so, one of those researchers, Paul Bierman, suddenly turned to his colleague, Andrew Christ: “What is that stuff floating in the water?” he asked.

Christ sucked up the floating specs with a pipette, then placed them under a microscope.

“It was amazing,” he told Insider. “They were these delicate little twigs and leaves that just started to unfurl when they were wet. They are so well-preserved that they look like they died yesterday.”

The researchers knew that plants couldn’t grow if the ice sheet was present. So they calculated the materials’ age based on the rate of decay of isotopes in the soil.

Their results suggested there must have been an ice-free period in the region far more recently than scientists previously realized. In a new study, they suggest that Greenland’s ice sheet melted and reformed at least once in the last million years. Before that, scientists thought the current ice sheet had been around for up to 3 million years.

“Paul and I were just totally ecstatic,” Christ said. “We were jumping up and down in the lab.”

Fossils between a few hundred thousand and a million years old 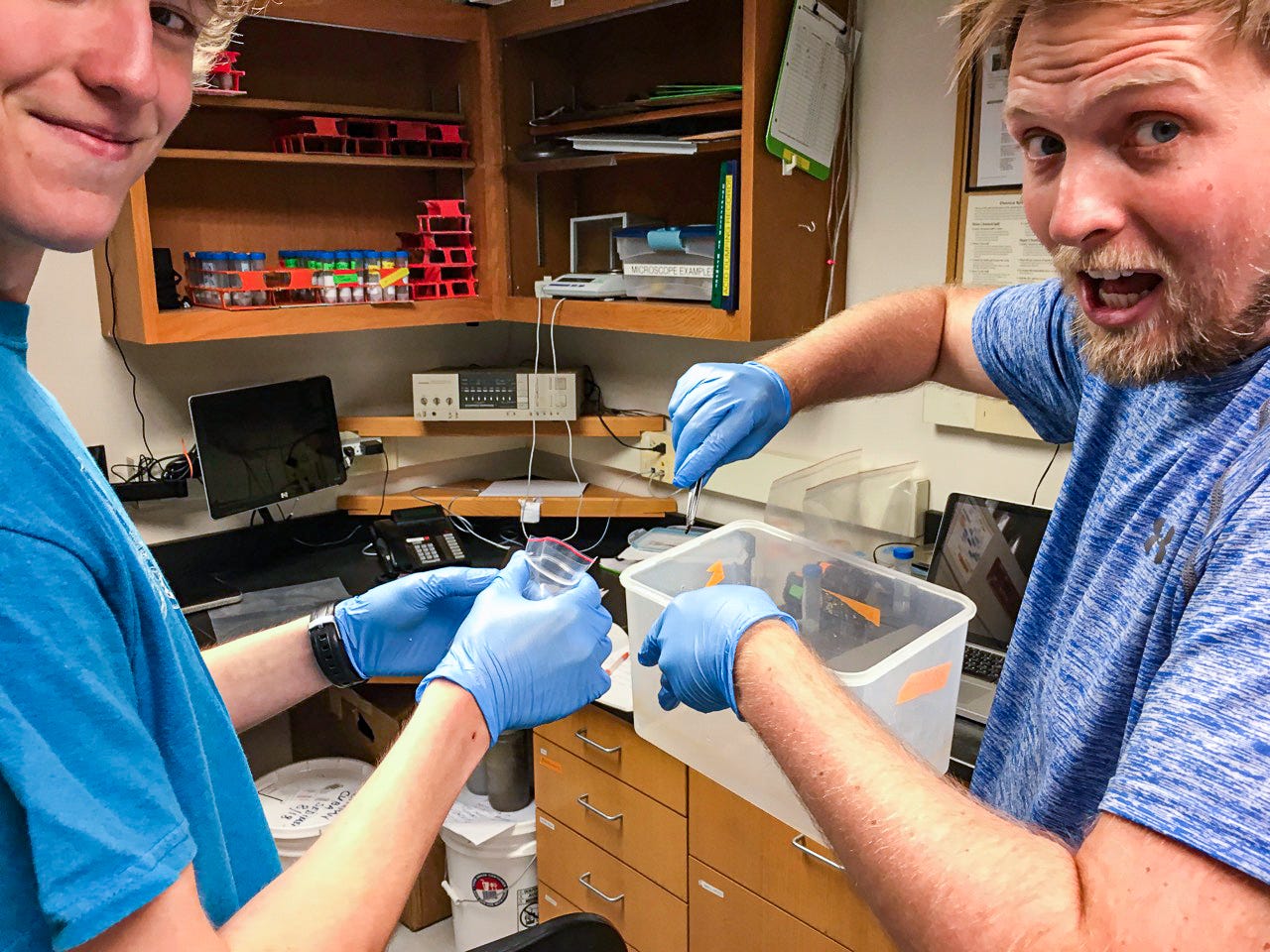 Scientists first collected the frozen soil samples from northwestern Greenland in 1966. At the time, the samples gave researchers a never-before-seen peek at Earth’s ancient climate.

“That was the first time anyone had drilled that deep into an ice sheet before, let alone recovered whatever’s at the bottom,” Christ said.

But in the 1960s, scientists didn’t have the technology to determine the age of the soil. Now, researchers know that two isotopes, aluminum and beryllium, accumulate in rocks and sediment on Earth’s surface when they’re exposed to radiation from space. Over time, these isotopes decay.

“Because they’re different isotopes, they decay at different rates,” Christ said. “We can use that difference to tell us how long they’ve been buried.”

Based on the ratio of aluminum to beryllium isotopes in the samples, the researchers concluded that the plant fossils collected by Project Iceworm were between a few hundred thousand and 1 million years old.

The ice sheet is ‘very sensitive’ to climate shifts

Christ said it’s possible that the ice sheet vanished more than once in the last 3 million years.

“We still have 12 feet of this soil to analyze,” he said. “That might tell us in greater detail how many times the ice has disappeared from this part of Greenland.”

Already, he added, his study demonstrates that the Greenland ice sheet is “very sensitive to relatively minor changes in climate.”

Now, Greenland’s ice sheet is starting to shrink again. Snowfall is already insufficient to keep up with the pace of the melting — meaning the ice sheet could disappear even if global temperatures stop rising. By the year 2100, the melted ice could raise sea levels up to 7 inches.

“That is a massive change in a really short amount of time,” Christ said. “The worry is that: Are we pushing the Greenland ice sheet towards the point where it’s going to start melting rapidly and adding to sea level rise?”

If the ice sheet were to melt completely again — which scientists predict could happen in the next millennium — the ocean would swallow the coasts across the globe.