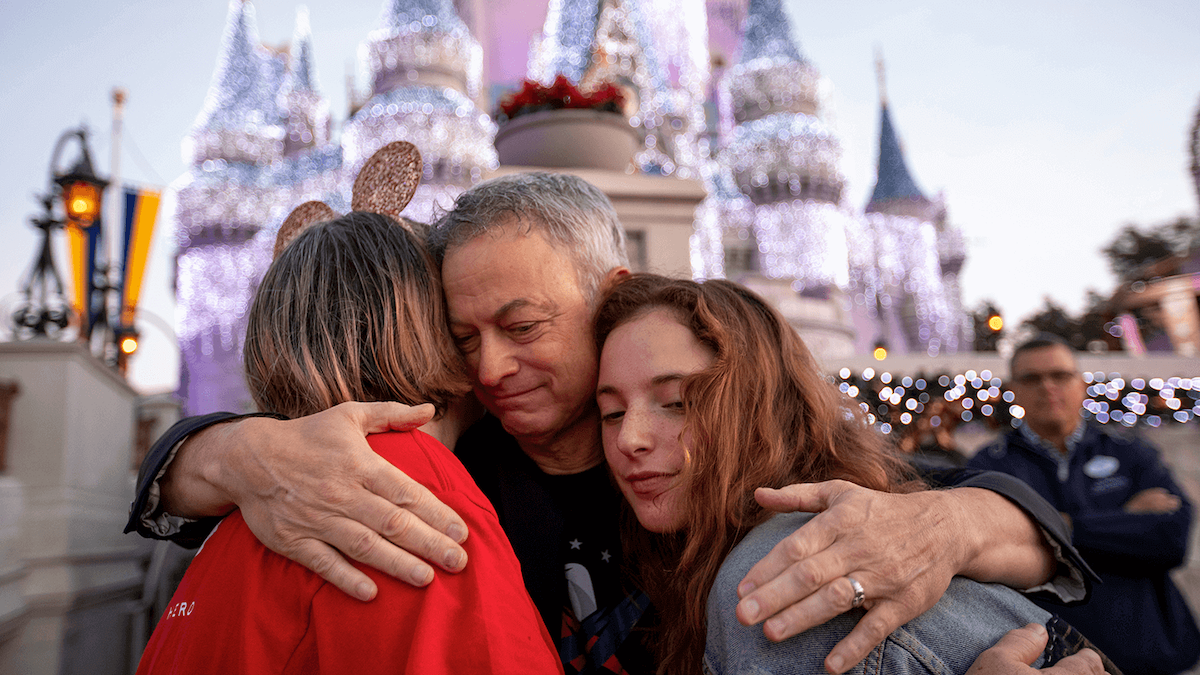 Since 2006, the Snowball Express has served to provide comfort and a sense of community to the families of fallen service members. Year-round activities across the country culminate in a grand, all-expenses paid excursion to Disney World. This year, when COVID-19 threatened to derail the annual event, the Gary Sinise Foundation, backed by its sponsors, A-list celebrities and hundreds of volunteers, engineered a virtual game plan that kept this inspiring joy ride on track.

“This has been a tough year for our nation,” said retired Gen. Robin Rand, CEO of the Gary Sinise Foundation. “Compound dealing every morning waking up to deal with the loss of a loved one with the pandemic. Gary wanted the families to know we were not going to forget them. He’s a genuine force of nature; his commitment to this community of our nation’s veterans and first responders is unmatched. So when we realized we had to pivot from an in-person event, he began reaching out to his connections made over the last 40 years. Gary is hard to say no to.”

Sinise and his Lt. Dan Band were frequent participants in the original iteration of Snowball Express. His foundation absorbed the program in 2018. Planning for a year of Snowball Express activities begins in January. In August, Rand said, the decision was made to cancel the in-person event out of concerns for the safety of more than 650 families and 1,750 Snowball Express-goers. “We quickly went virtual. The sponsors, entertainers and about 500 volunteers (including members of the original Snowball Express team) exceeded expectations.”

Held earlier in December, this year’s Snowball Express featured a “something for everyone” itinerary, including an opening night event streamed from the Museum of Magic hosted by David Copperfield and a dance party hosted by DJ D-Nice, a guided tour by Jay Leno of his classic and vintage car collection, a screening of the Oscar-winning documentary, “Free Solo” followed by a Q&A with climber Alex Honnold and a bedtime reading of “How the Grinch Stole Christmas” by Kristen Chenowith.

But the core mission of Snowball Express is not just to give the families a much-needed and deserved good time, Rand said. It is also about providing resources to help them cope with their grief (children are encouraged to messages of love to their fallen parent) as well as information on such topics as college tuition. Perhaps the most meaningful and moving portion of the weekend is the Remembrance Garden. This year’s garden was re-staged as a virtual event; participants were able to navigate online to find a flag with their fallen hero’s name.

It is these aspects of the Snowball Express weekend that offer the most lasting value to families, according to Peggy Riggen, the legal guardian and great-aunt of 13-year-old Joshua Ryan Blackwell, whose father, Justin R. Blackwell, was killed in action when his son was five-months-old.

“Snowball Express has brought not only fun,  but camaraderie, understanding, and a place to go to for help on questions that you just don’t know where to go to get the answer,” she said via email. “Josh and Allyson, my niece, developed great friendships with other Gold Star families and kids who understood what they were going through. They helped each other when they needed to talk, when they needed to grieve, when they needed to be angry or sad and lonely, and they could talk each other through it. I know that they found a lot of solace in that.”

This year’s Snowball Express was literally a “little engine that could” operation. Preparations for the Remembrance Garden along required volunteers to set up upwards of 2,000 flags, each with its own identifying marker.

“I can’t tell you how proud I am of the Foundation staff,” Rand said. “It was all hands on deck, a lot of late nights and long hours. It goes to show you, give people a task and if they are passionate about the mission there are no limits to what we can accomplish.”

For more information on The Snowball Express and the Gary Sinise Foundation, visit garysinisefoundation.org.