Read voraciously: General Miller’s reading recommendations - We Are The Mighty

From The Green Notebook 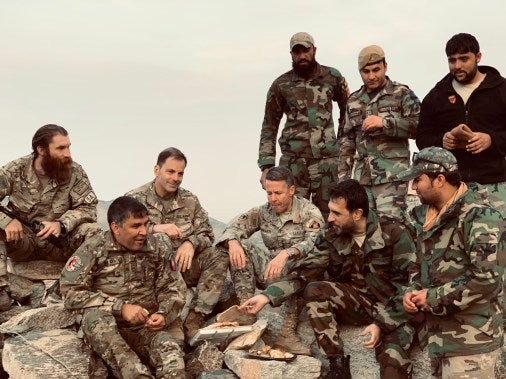 During my recent interview with General Scott Miller, he said, “If you are a serious practitioner in the military, you have to be a voracious reader. If you’re not well-read, it becomes readily apparent.”

He went on to say that intentionally devoting time to reading helps him understand the potential consequences of his actions beforehand. General Miller mentioned a number of books, both fiction and non-fiction, that are worth reading.

General Miller recommended military leaders read Once an Eagle. He echoed Stan McChrystal’s comments in a previous episode on the benefits of this book, saying that his views of the protagonists changed as he gained more experience in his military career.

He encouraged younger leaders to use historical fiction as a starting point when reading history. He said that a book like Gates of Fire by Steven Pressfield should pique a person’s interest and get them to ask what really happened during that time period. Additonally, he recommended  Killer Angels by Michael Shaara to encourage readers to learn more about the Civil War as they read about the fictional discussions between generals that led to victory or defeat. He also offered Lonesome Dove by Larry McMurtry, and The Centurions and The Praetorians by Jean Larteguy.  Last year, I wrote about 10 passages from the Centurions that made me reflect on leadership and war after General Miller handed me a copy and encouraged me to read it.

He also highlighted Lee Kuan Yew: The Grand Master’s Insights on China, The United States, and the World by Graham Allison and Robert D. Blackwill. The book captures key insights from the Grand Master on global affairs, violent extremism, and the global economy. He pointed out that Lee Kuan Yew was a sought after leader because of the wisdom he exhibited leading Singapore from a post- World War II backwater nation into a highly developed country.

General Miller also mentioned he is rereading Ghost Wars by Steve Coll because of the book’s relevance to the current challenges he faces. It helps him to think through some of the moves local and regional actors will make as he looks to responsibly end a war. He recently finished Blood and Oil: Mohammed bin Salman’s Ruthless Quest for Global Power by Bradley Hope and Justin Scheck.  He stressed the importance of books like these because they go deeper into the lives of global and regional leaders than stories we read and see in the media.

He emphasized the importance of books that help us think about what we might face in the future, so he recommended Burn-In: A Novel of the Real Robotic Revolution by P.W. Singer and August Cole.

Finally, he recommended that leaders try to pull ideas from what they read and put them into practice whenever possible. For those who have worked with him, they know he is a student of the profession. He’s spent a career integrating his intellectual pursuits into his approach to leading organizations at every level. The preceding list is a great place to start for anyone looking to emulate and learn from his leadership.