How to get a medical marijuana card - We Are The Mighty

How to get a medical marijuana card 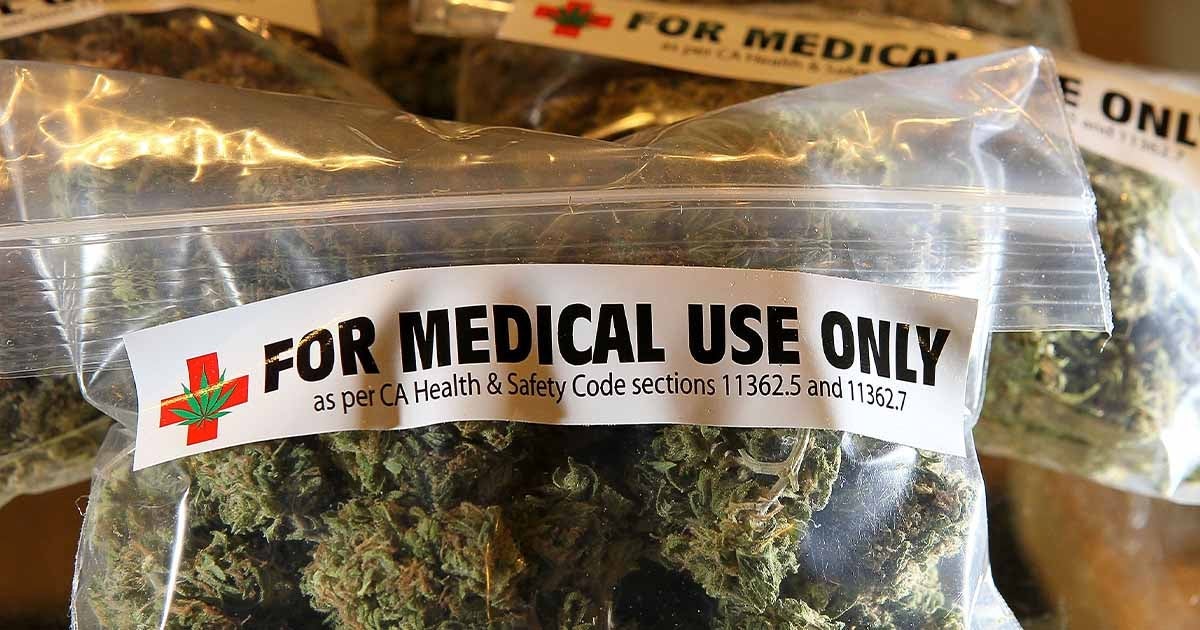 While different states have different laws, the process is pretty similar no matter where you live.

Thirty-six states and four territories have chosen to flout the United States government’s prohibition on cannabis by legalizing the sale and consumption of marijuana for medical purposes. The FDA has only approved one marijuana-derived drug to treat two rare forms of epilepsy, but there is promising evidence that medical marijuana can also help those suffering from conditions including chronic pain, cancer, glaucoma, PTSD, and Parkinson’s Disease. Who’s ready to join the more than 4.3 million Americans who already have a medical marijuana card?

Qualifying diagnosable medical conditions that medical marijuana can be recommended to treat differ for each state, but there are a number of overlapping conditions. The most common (according to online cannabis marketplace Leafly) are epilepsy and seizure disorders, cancer, multiple sclerosis, HIV/AIDS, neurodegenerative diseases, cachexia, and PTSD. Nausea and pain are also common qualifying conditions, but some states only classify “severe” or “intractable” examples of the two as qualifying conditions.

Some states, like Florida, also include “medical conditions of the same kind or class as or comparable to those listed,” which gives physicians the discretion to recommend medical marijuana for serious conditions that explicitly included on the list of qualifying conditions.

If you think your condition is a qualifying condition, the next step is to find a medical professional who will recommend cannabis. Prescribing the drug, a schedule 1 substance under federal law, is a big no-no, but recommending is inbounds.

Some states will require an in-person visit to a doctor’s office and some allow for telemedicine visits, particularly during the pandemic. Your general practitioner might be willing to provide a recommendation, but in most states, there are clinics that market themselves (with varying degrees of subtlety) as places to get medical marijuana recommendations.

Register for a medical marijuana card with your state.

Once you have a recommendation, you can provide it to your state as part of the application process. Some states provide a temporary card that, when presented with a state ID card or driver’s license, can be used at a dispensary. Others will make you wait until you receive the card in the mail.

Some states will also allow you to register one or two caregivers as part of your application. They’ll need to complete some paperwork themselves, but once approved they can buy medical marijuana for the patient, something that’s particularly useful for people whose conditions make it difficult for them to leave the house.

What to do once you have a medical marijuana card.

Among the prohibitions that are universal across states are giving medical marijuana to someone else and purchasing it from anywhere but a licensed dispensary. Additionally, the federal government still has legal authority over interstate commerce, so transporting marijuana across state lines—even if both have legalized it—is illegal under federal law.

Budtenders — employees of dispensaries — are good sources of information, as being well-versed in the laws of their state is a condition of their employment. Otherwise, the best way to look at the laws that govern marijuana in your state is probably to Google “[state name] medical marijuana qualifying conditions.” Avoid the 420.biz-style results you’ll also find and click on the official state website (e.g. ny.gov or mn.us) for the real dope.