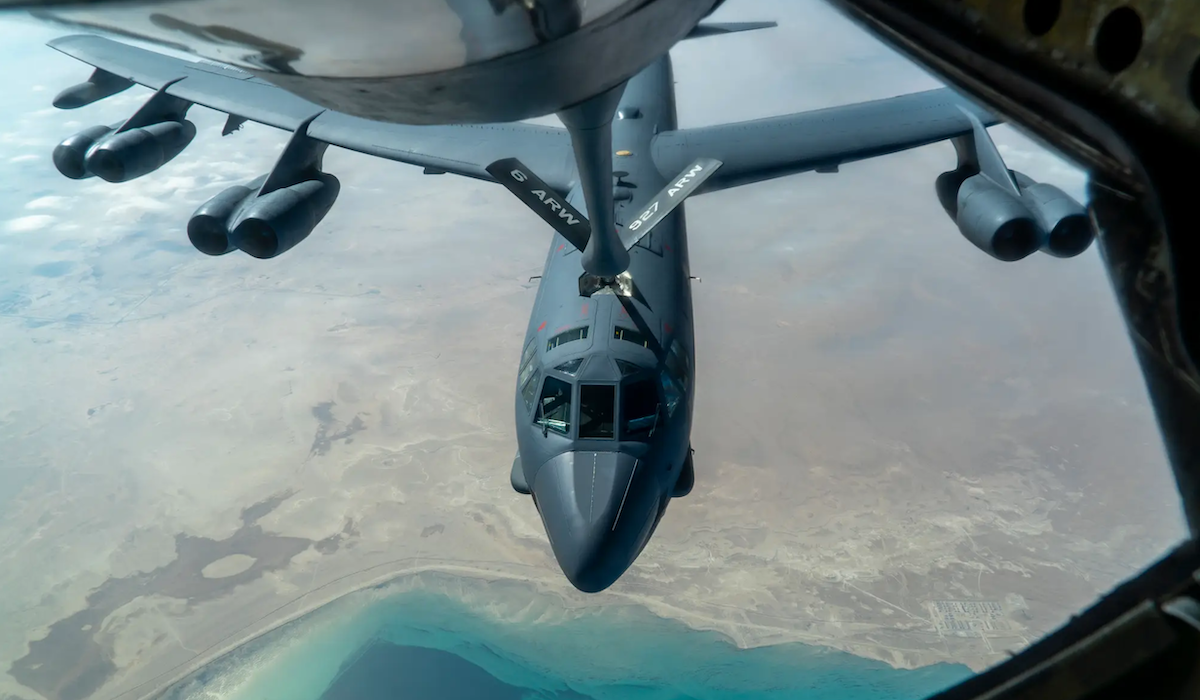 Iran seized a South Korean tanker and arrested its crew in the Persian Gulf on Monday as the US military continued an on-again, off-again military build-up around its border. The maneuvers came days after the first anniversary of the US assassination of a top Iranian general.

The seizure — which Iran described as related to environmental pollution in a statement reported by the Associated Press — came just one day after the Pentagon abruptly reversed a decision to move the nuclear-powered aircraft carrier USS Nimitz out of the region just three days prior.

Little more was known about the seizure of the Korean ship on Monday morning.

The US and Iran have been flexing their military and rhetorical might over the past few weeks around the one-year anniversary of the US drone killing of Iranian Gen. Qassem Soleimani on Jan 3, 2020. Iran has threatened revenge for the targeted killing of the country’s most powerful military official.

Last month the US Navy announced it was moving a cruise missile-armed submarine into the Persian Gulf for the first time in nearly a decade. Long-range US Air Force bombers conducted 30+ hour patrols over the region on several occasions from their bases in the United States. At the same time, increased rocket fire on US diplomatic and military compounds in Iraq — believed to have been conducted by Iranian proxy groups — forced the evacuation of non-essential personnel from several facilities. That led to another round of threats and counterthreats by US and Iranian officials in the Trump administration’s last days.

National security advisors convinced Trump not to conduct a pre-emptive strike on Iran’s nuclear facilities last November, according to a New York Times report, despite strong encouragement from Israel. The Israeli government fears the incoming Biden administration will take a softer line on the Iranian nuclear program. Iran has responded angrily to the provocations, which included last year’s assassination of a top Iranian nuclear scientist reportedly by Israeli operatives.

The reversal of the Nimitz’s movements over the past five days alarmed several NATO officials who have repeatedly expressed concerns about what they see as erratic US national security moves post-election.

“I feel like my briefings are on a 24-48 hour delay,” said a NATO official in Brussels, who asked not to be named criticizing a close ally.

“What we believe is that after weeks of pushing additional material and warships into the Gulf region to pressure Iran, it was decided to send the Nimitz home after a mission off the coast of Somalia in an effort to reduce tensions,” said the official. “NATO supported this de-escalation because tensions were dangerously high and there’s more than enough military firepower in the region to deter Iran.”

When asked why such an immediate reversal, the NATO official admitted that it was too early to tell.

“I guess I need a briefing,” said the official. “I suspect they will say there was new information or a new threat and that the Nimitz was needed to stay in the area but there will be widespread suspicions that Trump overruled the redeployment for his own political or emotional concerns.”

The New York Times reported that Trump vetoed the redeployment of the Nimitz over concerns it made him look weak.

A former US national security official, who is expected to join the Biden administration and thus asked not to be identified, said that the previous overflights of the region by long-range bombers — which the official described as not particularly useful for defensive operations — might have inflamed regional allies enough that the Pentagon concluded the Nimitz had to go, only to be overruled by Trump three days later.

“The B-52s [sent from US bases] are useful on the first day of a major war because they can target command and control centers and anti-aircraft defenses from range with cruise missiles,” said the former official. “It’s an offensive threat and so long as they were over the Gulf, Iran would have been convinced of an imminent attack. But they go home after a few hours, the Nimitz can stay and support a much wider range of operations. So it’s an operational mistake to have tried to send it home at all but maybe this was forced by the outcry over the B-52s. Now there’s double confusion everywhere.”

The USS Nimitz — one of the world’s most powerful warships with dozens of attack and support aircraft — had been operating off the Horn of Africa in support of US forces deployed in Somalia as recently as Dec. 28, according to the US Navy. It is believed to be returning to a patrol position in the northern Gulf of Oman.