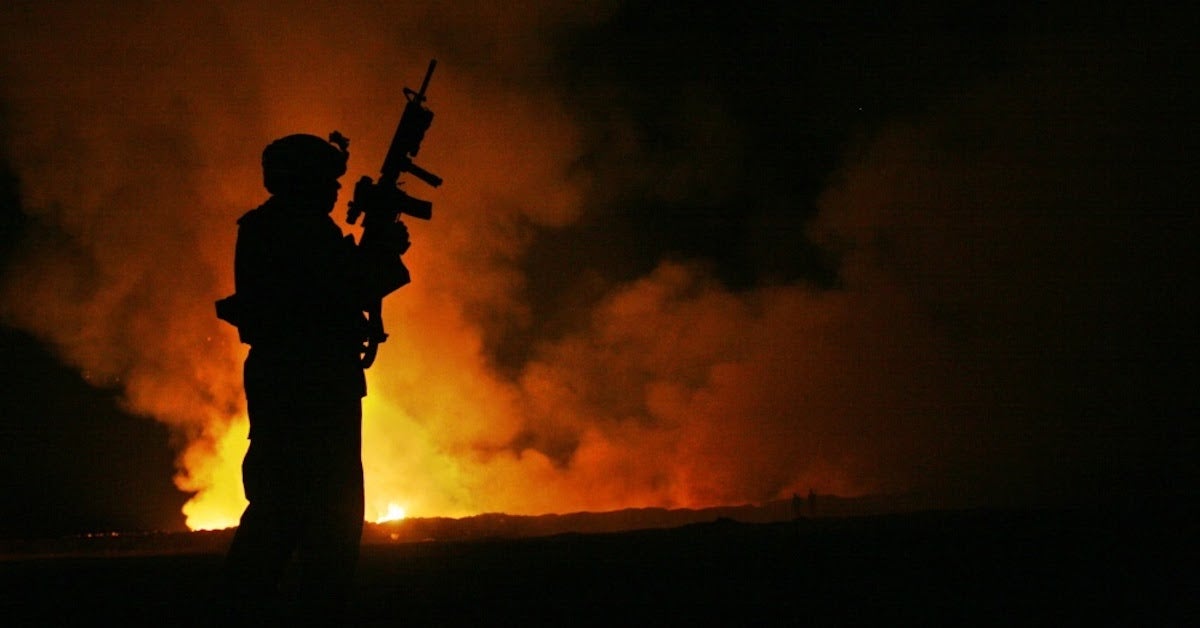 “Welcome to another exciting episode of when is America gonna start acting like the great country we keep telling ourselves we are?” asked Jon Stewart in a press conference in September. He went on to remind the crowd that he’d spent the previous fifteen years trying to get Congress to support 9/11 first responders who were sick as a result of their heroism that day.

“When it was done, we thought it was done, but it turns out that the warfighters that were sent to prosecute the battle based on the attack of 9/11 now suffer the same injuries and illnesses that the first responders suffered from. And they’re getting the same cold shoulder from Congress,” he declared.

The speech came with announced legislation that would deliver care for veterans who suffered from health problems directly related to burn pits, open air fires that were commonly used to dispose of waste at military sites in Iraq and Afghanistan. According to The Washington Post, “the legislation would declare certain illnesses among combat veterans as linked to toxic burn pits, removing barriers of proof of exposure that advocates have said are too high.”

As of Sept. 11, 2020, the VA claimed that “research does not show evidence of long-term health problems from exposure to the burn pits.”

The VA does, however, acknowledge the following:

“Toxins in burn pit smoke may affect the skin, eyes, respiratory and cardiovascular systems, gastrointestinal tract and internal organs. Veterans who were closer to burn pit smoke or exposed for longer periods may be at greater risk. Health effects depend on a number of other factors, such as the kind of waste being burned and wind direction. Most of the irritation is temporary and resolves once the exposure is gone. This includes eye irritation and burning, coughing and throat irritation, breathing difficulties, and skin itching and rashes. The high level of fine dust and pollution common in Iraq and Afghanistan may pose a greater danger for respiratory illnesses than exposure to burn pits, according to a 2011 Institute of Medicine report.”
According to the Washington Post, U.S. contractors and military veterans destroy enormous amounts of waste, including vehicle parts, lithium-ion batteries, solvents, and amputated limbs, by soaking them in jet fuel and burning them in open-air pits, “some larger than a football field.”

In his speech, Stewart pointed out the similarities between the contamination on 9/11 and the burn pits overseas — especially the use of jet fuel as an accelerant. “Jet fuel as the accelerant at Ground Zero and jet fuel as the accelerant in these burn pits. So our veterans lived twenty-four hours a day, seven days a week next to toxic smoke, dioxins, everything. And now they’re being told, ‘Hey man, is that stuff bad for ya? I don’t know. We don’t have the science.’ It’s bullsh**. It’s bullsh**. It’s about the money.”

Hundreds of thousands of veterans are left to advocate on their own, Stewart explained, which is why he and a team of lawmakers have stepped up to demand that Congress go on record and be held accountable for their decisions in this matter.

The legislation was proposed to Congress by Sen. Kirsten Gillibrand (D-N.Y.) and Rep. Raul Ruiz (D-Calif.). The measure would grant presumption of exposure to veterans with certain conditions and who served in one of 33 countries where troops were deployed after the 9/11 attacks, Gillibrand said.

The VA opened a burn pit registry which allows eligible veterans and service members to document their exposures and report health concerns through an online questionnaire. Over 200,000 participants have already completed and submitted the registry questionnaire.