US Marine saves Okinawa resident from drowning - We Are The Mighty 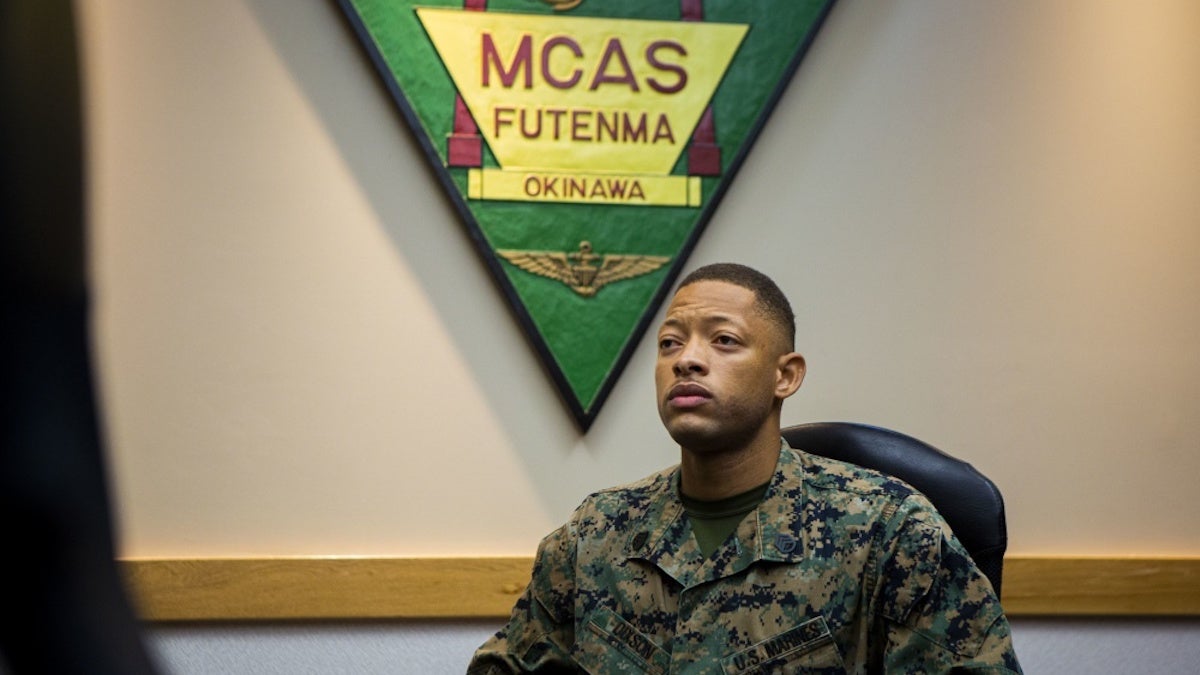 Photo By Cpl. Christopher Madero | Staff Sgt. Billy C. Dixson, a recovery crew leader with Headquarters and Headquarters Squadron, Marine Corps Air Station (MCAS) Futenma, talks about his actions that got him an award atMCAS Futenma, Okinawa, Japan, Nov. 13, 2020. Dixson, with complete disregard for his own safety, saved a drowning woman from a rip current off the coast of Okinawa. Dixson was awarded the Navy and Marine Corps Commendation Medal for his actions. (U.S. Marine Corps photo by Cpl. Christopher A. Madero).

MARINE CORPS AIR STATION FUTENMA, OKINAWA, Japan- Okinawa is well known for its beautiful beaches. The last thing anyone wants to visualize while admiring the ocean’s natural wonders is getting caught in the natural conditions of tides and overwhelming currents.

Staff Sgt. Billy C. Dixson, a recovery crew leader with 1st Marine Aircraft Wing, was enjoying his time in Mermaid’s Grotto, a popular diving location, on Oct. 4, when he noticed a woman frantically signaling him for help. The woman herself was not in danger, but her friend, Ms. Miyagi, a member of the local Okinawa community, was losing a battle with a rip current. Ms. Miyagi soon found herself disappearing from the surface.

According to Dixson, he knew the time he spent wondering what to do could be used helping someone in need. With complete disregard for his own safety, Dixson swam toward the location Ms. Miyagi’s friend was pointing toward. He then rushed over as fast as he could. He didn’t see anybody. It wasn’t until he swam to her last location; he dove three meters and spotted Ms. Miyagi struggling to resurface. He swam with the rip current to reach her. When he reached her, he managed to resurface and drag Ms. Miyagi to shore. It was a quick extraction, taking only a few minutes to release Ms. Miyagi from the ocean’s strong grip.

Dixson credits his ability to perform the way he did to his physical fitness and Marine mindset.

“As Marines, this is something that is ingrained into us. We stay vigilant and we’re always looking to assist,” said Dixson. “I’m no different from any other Marine. I’m sure if you put any other Marine in that position, they would have reacted to the best of their abilities just as I did.”

According to Dixson, he did not seek appreciation or notoriety for his heroic actions. He did not let his chain of command know what had happened. In his eyes, his actions were not extraordinary. It wasn’t until Ms. Miyagi, the woman Dixson saved, left a letter of gratitude at the gate of Marine Corps Air Station (MCAS) Futenma, that his chain of command was notified of what had happened. According to Col. Henry Dolberry Jr., commanding officer of MCAS Futenma, the humility shown by Dixson struck a chord with the command – it communicated to them the caliber of Marine Dixson is.

Dixson received the Navy and Marine Corps Commendation Medal for his selfless act of bravery on Nov. 13 at Marine Corps Air Station Futenma. The award was presented to him by Dolberry

“We use the term “Japanese local”, but I would like to say they’re more family. Last time I checked we are members of the Ginowan family, right?” said Dolberry amongst a group of Marines. “Just like your brother or sister needing some assistance, you’re going out there to put your life in danger to save theirs.”