NATO addresses Russian 'military build-up,' situation In Afghanistan - We Are The Mighty 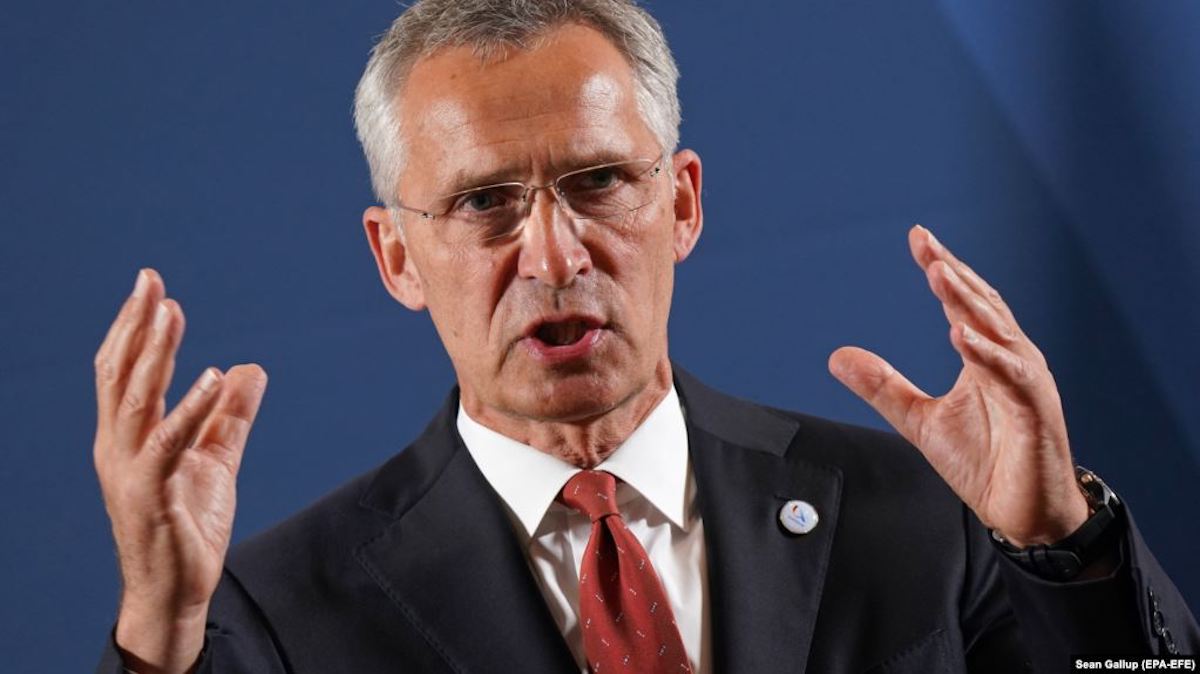 NATO foreign ministers concluded a two-day meeting on December 2 that paves the path for reforms within the transatlantic alliance as it faces twin challenges from Russia and China, as well as key decisions about the situation Afghanistan.

The meeting, held via videolink as a precaution against the spread of the coronavirus, discussed how the alliance must adapt to new threats, including “persistently aggressive Russia” and “the rise of China.”

NATO Secretary-General Jens Stoltenberg on December 1 told reporters that the ministers discussed the Russian “military build-up” around the alliance and the mission in Afghanistan.

The Western military alliance “will have to take some hard decisions” about the mission when NATO defense ministers meet in February, he said.

A 67-page expert group report outlining suggestions about how to reboot the alliance noted that while NATO faced one big threat during the Cold War, it now faces two “systemic rivals” — Russia and China — along with “the enduring threat of terrorism.”

Speaking to reporters, Stoltenberg said the ministers discussed “Russia’s continued military build-up in our neighborhood, as well as arms control.”

He said NATO is adapting its deterrence posture “to address Russia’s destabilizing actions,” but the ministers agree that they must continue to pursue dialogue with Russia.

They also expressed support for preserving limitations of nuclear weapons and for developing a more comprehensive arms control regime, and welcomed talks between Russia and the United States ahead of the expiration of their bilateral New START treaty in February.

“We should not find ourselves in a situation where there is no agreement regulating the number of nuclear warheads,” he said.

The ministerial also included a meeting with the foreign ministers of Georgia and Ukraine on security in the Black Sea region and NATO’s continued support to both partners.

Foreign ministers also discussed developments in Belarus following nearly four months of pro-democracy protests and the situation in the breakaway region of Nagorno-Karabakh in the wake of a Russian-brokered peace deal that ended 44 days of fierce fighting between Azerbaijan and ethnic Armenian forces.

On Afghanistan, Stoltenberg said NATO supports the peace process while remaining committed to the mission to help fight terrorism.

But he added: “As we continue to assess the situation in Afghanistan, it is clear that we will face a turning point early next year.”

The security alliance risks an even longer-term engagement if the NATO mission stays in Afghanistan, and if it leaves there is a risk that it will become a safe haven for international terrorists again, Stoltenberg said.

NATO now has about 11,000 troops from dozens of countries stationed in Afghanistan. Their mandate is to help train and advise Afghanistan’s security forces.

But the presence of U.S. forces, which NATO relies on for air support, transport, and logistics, is scheduled to shrink by 2,000 troops to 2,500 by January 15.

Under a peace deal reached between the United States and the Taliban, all foreign troops should leave Afghanistan by May 1, 2021 if security conditions on the ground permit.

The policy report also suggested the Western military alliance find a way to stop individual countries vetoing policy decisions, as Hungary has done over plans for a deeper partnership with non-NATO member Ukraine.

Other recommendations included creating a consultative body to coordinate broader, Western policy toward China, holding summits with European Union leaders, and giving the secretary-general more power over personnel and budgets.

“NATO needs a strong political dimension to match its military adaptation,” according to the report, whose suggestions are not binding.

The document is to be presented to NATO leaders at a summit planned for next year. They could be included in an update to NATO’s Strategic Concept document, which dates from 2010 and sought to consider Russia as a partner.