Pacific allies conduct exercise Keen Sword 21 - We Are The Mighty 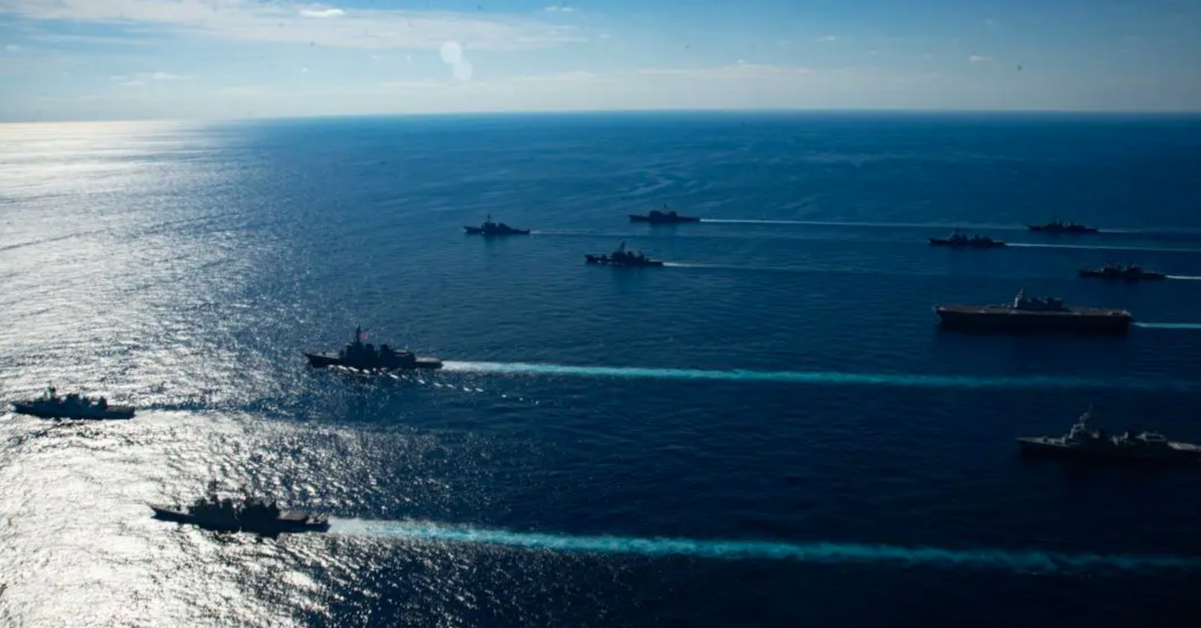 Keen Sword is a Western Pacific region-wide multinational military exercise focused on the Japanese islands and their surrounding waters. This exercise, conducted by service elements from the United States, Canada, and Japan, is a biennial exercise conducted every other year. Keen Sword is a great representation of the cohesion and cooperation found within the U.S.-Japan Alliance and indicates the continued security focus of the Indo-pacific regional partners — a partnership that has existed for more than 60 years. Keen Sword exercises have been conducted since 1986.

While a significant amount of the exercise concentrated on both sea-surface and aviation assets, boots on the ground were also an absolutely integral part of the training and testing. Japan Self-Defense Force CH-47JA Chinooks dropped off Amphibious Rapid Deployment Brigade troops while their U.S. Marine counterparts from the USS Ashland hit the beach in small boats, as the units honed their coordinated amphibious and air-mobile assault skills. INDOPACOM and it’s partners no doubt take island-to-island combat seriously.

Though many events throughout the FTX were conducted at the unit level, unilaterally, the multinational integration portions were coordinated from the BECG (bilateral exercise control group) headshed located on Yokota Air Base, outside Tokyo. And although it says “bilateral,” we need not discount the aviation and surface assets present from the Royal Canadian Navy.

In addition to all of these warfighting domains, Japan’s air defense network was also tested. United States Army and Air Force ADA personnel worked alongside their JSDF allies to synchronize everyone’s ability to protect Japan in the event of an attack.

“The intent of this exercise was to enhance our combat readiness and interoperability by combining Air Defense capabilities with those of the U.S. Air Force and Japan Self-Defense Forces and that’s exactly what we did,” said CPT Daniel F. Emig, Air Defense officer, 38th ADA.

“As we develop new and better ways to operate and integrate, exercises like this clearly demonstrate the growing strength of the U.S.-Japan Alliance,” stated LTG Kevin Schneider, commander, U.S. Forces Japan.

Furthermore, CPT Naochika Fujiwara, Japan Joint Staff director of training and exercises, and BECG co-director, said, “Exercises such as Keen Sword provide the opportunity to enhance our joint-bilateral capabilities, particularly by identifying and then overcoming obstacles through realistic and challenging training scenarios. Even more, Keen Sword provided a message that our Japan-U.S. Alliance continues to be a cornerstone of regional peace and security.”

According to Japan’s Asahi newspaper, the largest ever Keen Sword exercise — the previous iteration, in 2018 included “57,000 sailors, marines and airmen” of which “Japan’s contingent of 47,000 personnel represents a fifth of the nation’s armed forces.” Given the location of the FTX, of course the host nation will have the largest available force. But USINDOPACOM, U.S. Forces Japan, and the Royal Canadian Navy all have an important and significant role to play — just as they would in a real life live-fire wartime scenario.