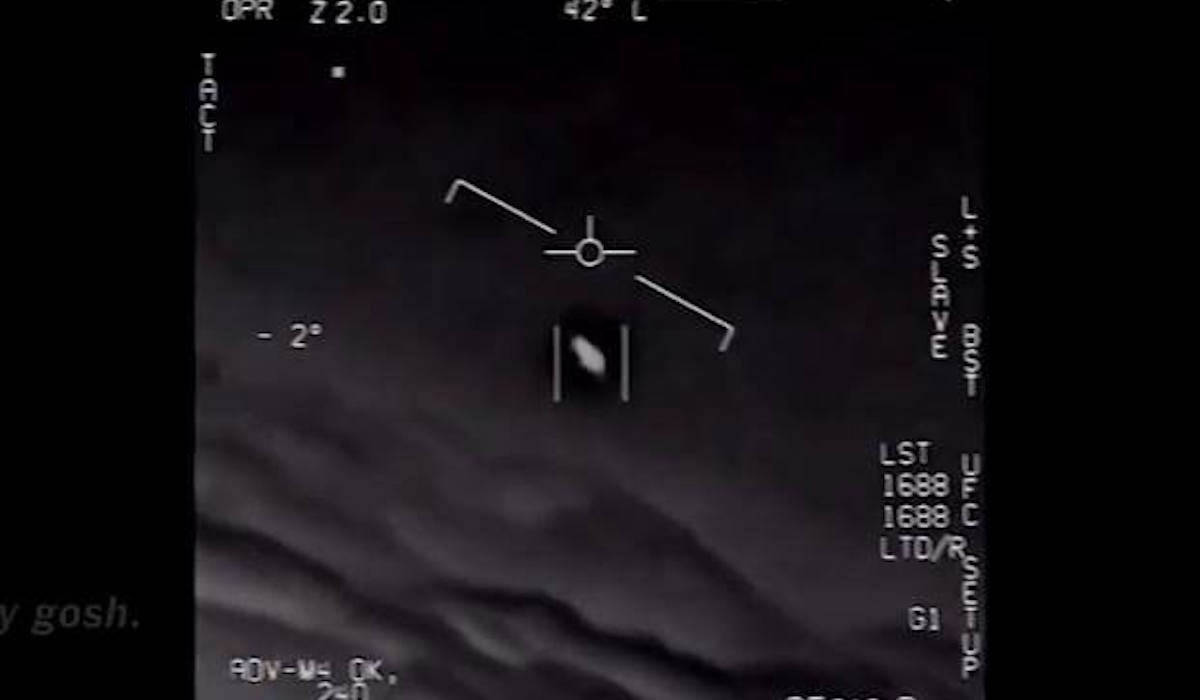 As part of the newly passed COVID-19 relief legislation, lawmakers are demanding answers from U.S. intelligence agencies and the Defense Department on the potential existence of UFOs and other unidentified aerial phenomena.

The $2.3 trillion omnibus appropriations legislation passed last month includes the Intelligence Authorization Act for Fiscal 2021, which provides more resources toward investigation gathering and “strengthening open source intelligence” collection among the agencies, according to a release from Florida Republican Sen. Marco Rubio, who introduced the bill in June. The Senate passed the legislation in July.

Some of that information includes what the Pentagon, the Federal Bureau of Investigation and its counterparts know about unidentified aerial phenomena — also known as “anomalous aerial vehicles.” Lawmakers expect to see a report on the collected UFO data 180 days from the bill’s passage, according to the legislation.

News website Complex was first to report the details. The report will be unclassified, but will include a classified supplement.

Lawmakers are concerned that there is “no unified, comprehensive process within the federal government for collecting and analyzing intelligence on unidentified aerial phenomena, despite the potential threat,” which is why a sweeping report on all relevant information regarding UAPs is essential, according to the bill’s text.

The UFOs don’t have to be out of this world, either. The legislation requires information on any technologies China, Russia, Iran, North Korea or others may possess in this field, including “aerospace or other threats posed by the unidentified aerial phenomena to national security, and an assessment of whether this unidentified aerial phenomena activity may be attributed to one or more foreign adversaries,” it adds.

The Defense Department that month published videos of the incidents — one taken in November 2004 and the other two in January 2015 — “which have been circulating in the public domain after unauthorized releases in 2007 and 2017,” officials said in a statement.

“After a thorough review, the department has determined that the authorized release of these unclassified videos does not reveal any sensitive capabilities or systems, and does not impinge on any subsequent investigations of military airspace incursions by unidentified aerial phenomena,” Pentagon spokeswoman Sue Gough said at the time.

The video confirmation came a few months after Navy pilots got the word out there had been an increase of UFO sightings in recent years. As a result, the service issued new guidelines on how best to document sightings or encounters, according to a 2019 report from Politico.

The New York Times reported that pilots had sightings — and, in one instance, a near collision — while flying training missions off the East Coast between 2014 and 2015.

Then last August, Deputy Defense Secretary David Norquist officially created the Unidentified Aerial Phenomena Task Force, a Navy-led unit, to hunt down any pertinent encounters service members may have had with aerial objects that pose a threat to national security.

The U.S. government has looked into UFOs for years, most notably between 2007 and 2012 when the Pentagon began its Advanced Aerospace Threat Identification Program, an effort championed by then-Sen. Harry Reid, a Democrat from Nevada and the Senate majority leader at the time.

The program was meant to “pursue research and investigation into unidentified aerial phenomena,” the Defense Department said, motivated by events such as the 2004 “Tic Tac” incident, which was documented in one of the Navy’s released videos.

In that incident, F/A-18 pilots from the aircraft carrier Nimitz, operating off the San Diego coast, reported spotting a large, Tic Tac-shaped object that appeared to be floating without the assistance of an engine or exhaust plume.