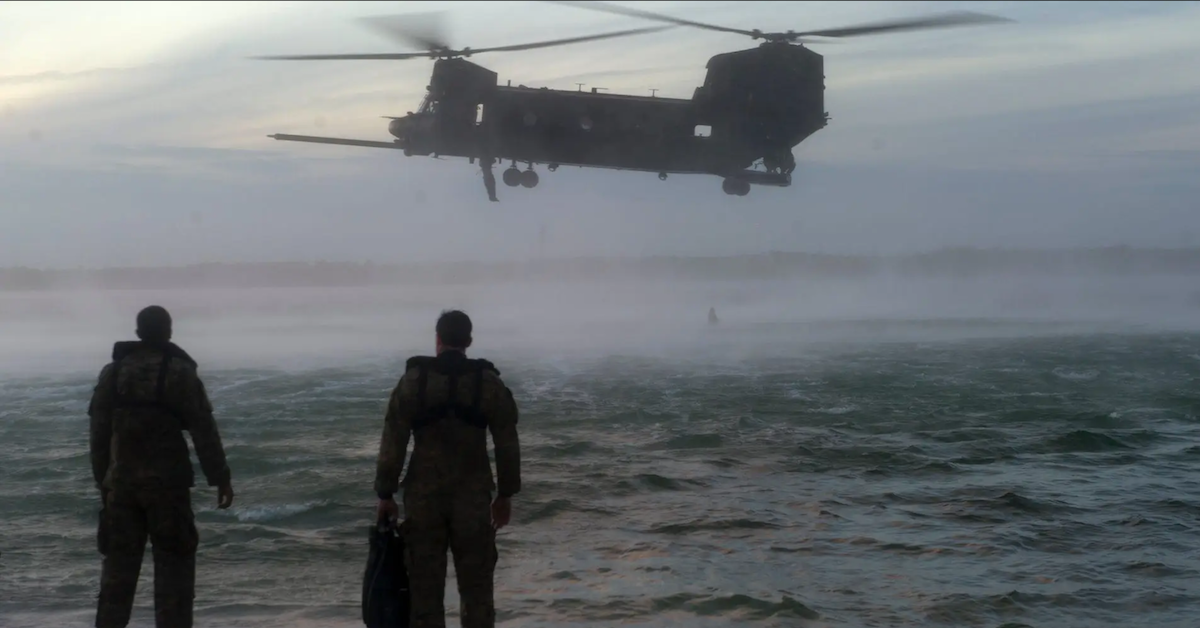 If you can’t destroy the mountain, go around it.

Despite spending the past 20 years focused on counterterrorism and counterinsurgency operations in the Middle East, the US military still outmatches its Chinese and Russian competitors. The US is the only country that can effectively respond to a military contingency anywhere in the world at a moment’s notice.

Understanding that they are conventionally overpowered, China and Russia have been using irregular warfare to achieve their goals without matching the US military’s might. And they have been quite successful.

In Africa, China has been handing out development aid and infrastructure loans like candy, with the dual purpose of securing geopolitical influence and resources for its growing economy. In Asia, Beijing has been bullying its neighbors on its way toward regional supremacy.

Russia has used social media to influence election outcomes in the US and Europe. Moscow has also been using private military companies, such as the infamous Wagner Group, to achieve strategic goals in Ukraine, Libya, and Syria, among other places.

Both countries understand that in an era of renewed great-power competition — a race between the US and Russia and China for geopolitical influence, economic advantages, and resources — irregular warfare is the ideal strategy against the US.

Now the US Department of Defense is trying to counter that threat by investing in and expanding its own irregular-warfare capabilities.

The Pentagon heralded this shift with its recent decisions to turn the Combating Terrorism Technical Support Office into the Irregular Warfare Technical Support Directorate and to release the irregular-warfare annex to the National Defense Strategy.

The creation of the directorate was included in a November memorandum signed by acting Defense Secretary Christopher Miller, which elevated the Pentagon’s civilian official overseeing special operations to the same level as a military service chief. The annex was released in October.

Struggle in the gray zone

The US military defines irregular warfare as a “violent struggle among state and non-state actors for legitimacy and influence over the relevant population(s).”

Irregular warfare doesn’t necessarily mean open warfare, but it can take place in the gray zone between competition that’s below the level of armed conflict and a war that’s formally declared. It can affect all traditional and non-traditional realms of geopolitical struggle, such as the economic, diplomatic, military, intelligence, law enforcement, and cyber domains.

The difference between irregular warfare and counterterrorism is that the former is a strategy that aims to defend US global supremacy against state and non-actors, whereas the latter is a mix of activities and operations against terrorist groups and state-sponsored terrorism.

Irregular warfare isn’t new to the US military. Indeed, the US campaign against terrorist organizations over the last two decades has included elements of it. But now, the irregular warfare “target deck” has been officially updated to include near-peer adversaries, such as Russia and China.

The US Special Operations Command (SOCOM) already has potent irregular-warfare capabilities. Army special operations, in particular, take the lead on that front.

The Army’s Green Berets specialize in foreign internal defense, which means training local troops, and in unconventional warfare, which consists of creating and leading guerrilla campaigns. Both are squarely within the gray zone of irregular warfare.

Additionally, the Army’s Civil Affairs teams help create the necessary civil and political conditions for US diplomacy and political influence to be more effective. The Army’s Psychological Operations teams also help shape the geopolitical environment to favor the US.

Other special-operations units, such as the Marine Raiders or Navy SEALs, can contribute to an irregular-warfare campaign but perhaps not as effectively as their Army counterparts.

But to ensure a robust and effective irregular-warfare capability, US military has to understand and embrace it as a whole.

The conventional side of irregular warfare

Policymakers have relied on special-operations forces for almost everything for years, but conventional forces also play a big role in irregular warfare.

For example, if a US aircraft carrier cruises through the South China Sea, it sends a message to China by physically contradicting Beijing’s territorial claims in the disputed region.

Similarly, when an Army mechanized brigade deploys in Eastern Europe and trains with local forces, it sends a dual message: A psychological one to the US partners and allies about American commitment in the region, and a geopolitical one to Russia, illustrating the US’s reach and influence.

Ironically, it is the conventional might of the US military that encourages adversaries to invest more in their own ability to wage irregular warfare.