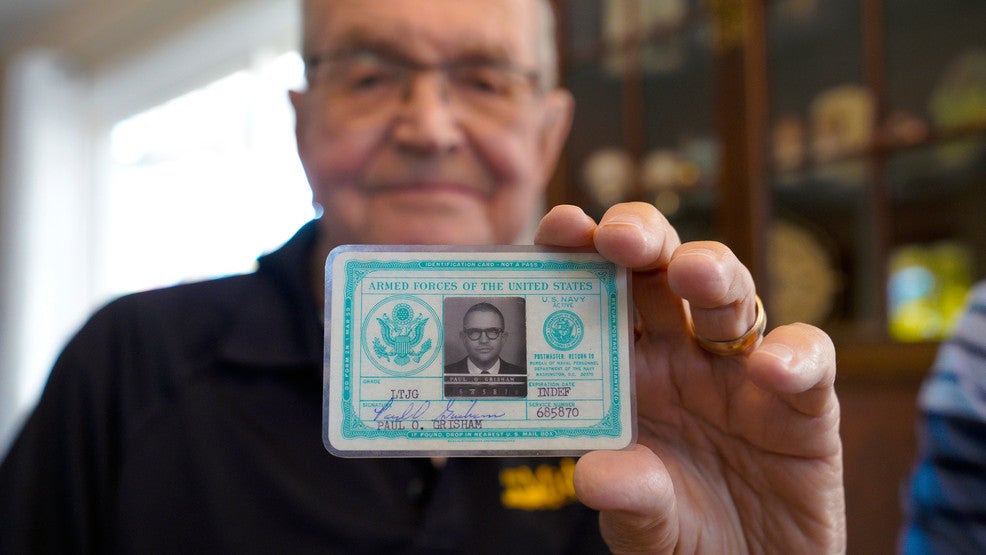 The recovery of a lost wallet is always a relief. In the case of 91-year-old Navy veteran Paul Grisham, it was nothing short of a miracle. This is because Grisham lost his wallet during his tour on Operation Deep Freeze in Antarctica 53 years ago.

Grisham was a Navy meteorologist who specialized as a weather technician and forecaster. The Arizona native enlisted in the Navy in 1948. In October 1967, Grisham was a Lt. JG when he received orders to Antarctica. “I went down there kicking and screaming,” he told the San Diego Union Tribune. Grisham was married with two toddlers and the 13-month assignment would take him away from them. But, like a good sailor, he followed his orders and shipped out to the bottom of the world.

Grisham was assigned to McMurdo Station on Ross Island. It was there that he lost his wallet. Unable to find it, he wrote it off and actually forgot about it later in life. However, in 2014, Grisham’s wallet was found behind a locker during a demolition building. Oddly enough, his was one of two wallets that was found. Returning the wallet was an endeavor that was undertaken by amateur sleuths Brian McKee, Stephen Decato and his daughter Sarah Lindbergh.

The trio had previously worked together to return a Navy ID bracelet to its original owner. Decato had worked in Antarctica for George Blaisdell who sent the two McMurdo wallets to him to return. McKee reached out to the Naval Weather Service Association to track down the owners. Grisham, a member of the association, was identified and reunited with his long-lost wallet on January 30, 2021. Sadly, the second wallet’s owner passed away in 2016. His wallet was returned to his family.

Grisham’s wallet was returned to him intact. It still contained Navy ID card, driver’s license, a beer ration punch card (arguably the greatest loss, especially at a posting like McMurdo), a tax withholding statement, receipts for money orders sent to his wife, and a pocket reference on what to do during a CBRN attack. “I was just blown away,” Grisham said about the return of his wallet. “There was a long series of people involved who tracked me down and ran me to ground.”

Grisham retired from the Navy in 1977. He lived in Monterey, California with his wife, Wilma, who passed away in 2000. He married his current wife, Carole Salazar, in 2003. The couple lives in San Diego.