‘SEND IT': Bomb Crew writes names of Kabul 13 on side of JDAM - We Are The Mighty

‘SEND IT’: Bomb Crew writes names of Kabul 13 on side of JDAM 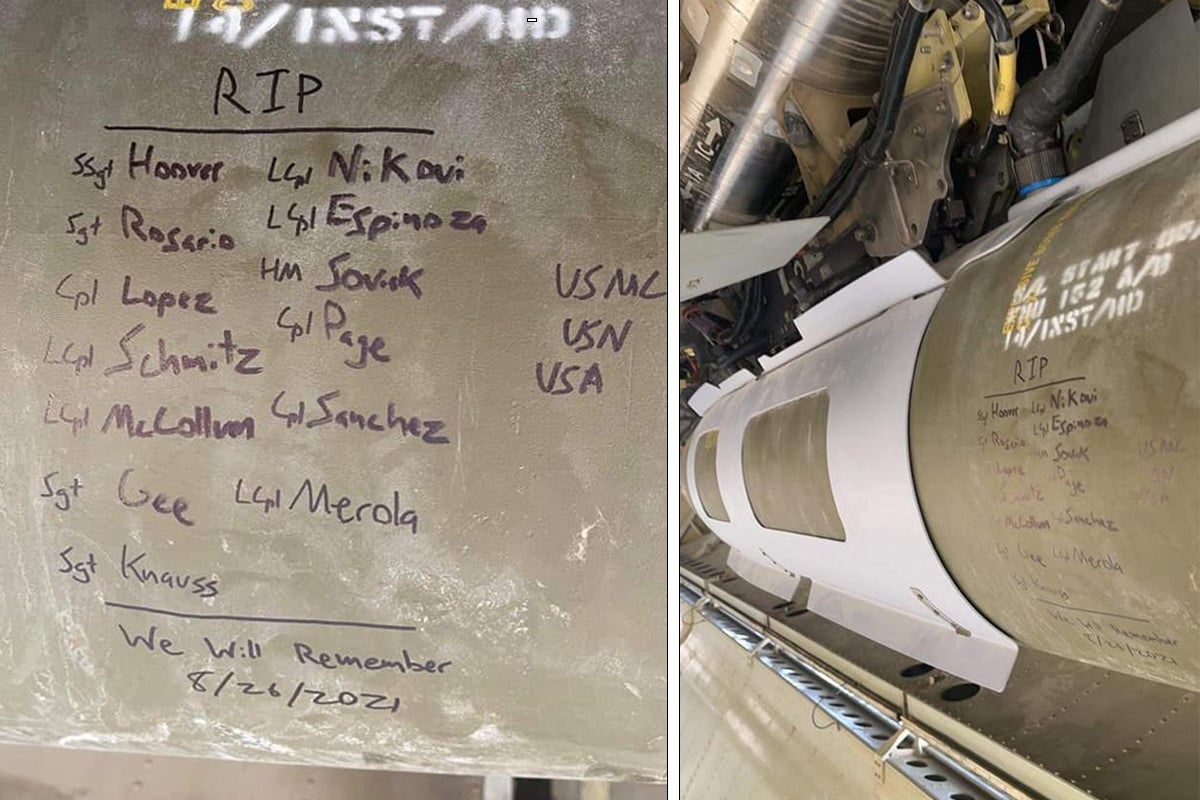 The names of the 13 US service members killed in Kabul on Thursday, Aug. 26, 2021, were scrawled on a GBU-31 JDAM bomb in a picture circulated on social media this weekend. Picture from Facebook.

Pictures posted in a popular Air Force Facebook group appear to show the names of the 13 Americans killed on Thursday, Aug. 26, in Kabul scrawled on the side of a combat-ready bomb.

The pictures, posted Sunday, show a Joint Direct Attack Munition-equipped bomb, loaded in a bomber, with the service members’ names handwritten on the side in black ink.

No operational information was provided, including the airframe.

Opinions about the aircraft pictured varied among former Air Force munitions troops contacted by Coffee or Die Magazine and on social media, though most agreed it was the interior of a B-1 or B-52, both of which often carry the munitions and have participated in combat operations widely in Afghanistan.

The bomb is almost certainly not one used in drone strikes over the weekend that targeted ISIS-K planners believed to be responsible for the Abbey Gate bombing, nor a second one Saturday, Aug. 28, that targeted a suicide vehicle that officials say was headed toward the airport. US officials said both of those strikes were carried out by drones, which do not carry large bombs internally, and the strike on the planners used an AGM-114 Hellfire missile.