What every soldier wishes they could vote on 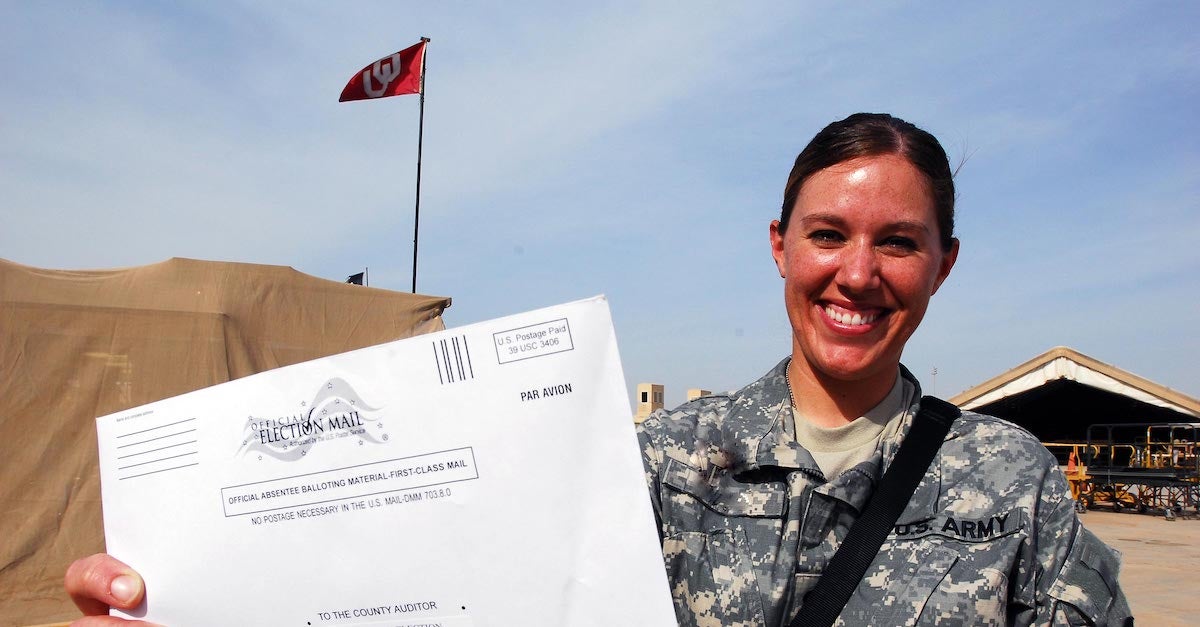 Since the ultra-new and always-correct rules of social correctness have dictated that the only acceptable thing we can discuss or see online from now until election day is voting, we thought it only appropriate to create an article on everything the military wishes they could have some say in, but in reality, never will.

It is probably a good thing that MRE ingredients will always remain a secret. There is a big difference between assuming you are eating flame retardant and knowing it. If nothing else, soldiers should be allowed to suggest and vote on accurate MRE snack labeling.

Bread to read “crust flavored chew toy similar to what you give your dog.”

Teriyaki beef sticks are really “tastes nothing like meat but we’ll fool you with the looks.”

All Captains must run for office

Enlisted ranks everywhere cannot wait to stand at attention for a “short” speech on what is inevitably to be an hour-long retelling of your life’s story. Imagine a world where Company Commander’s have to depend on how well they convinced Private I-just-want-to-go-play-XBOX-in-my-room of their ability to lead the Company.

All we’re asking is a choice between two, maybe three twenty-somethings in charge of telling a 40-year-old First Sergeant how “in their experience” the Company should fix bayonets for every field problem and assault across that open field like it’s 1918.

In the movies, every soldier carries top-of-the-line gear straight out of a Bond film. Yet, actual soldiers know this could not be farther from the truth. Try driving your 1970’s vehicles into battle with a Desert Strom-era issued carbine with night-vision goggles straight out of the Cold War instead. The job definitely lacks sex appeal when you realize that the Army is nothing like Call of Duty.

While opting for a vintage-looking dress uniform (the second change and counting in less than a decade) seems to be the most pressing thing to spend money on up at the top, we’re betting the Infantry may have other suggestions. After all, uniforms don’t kill the enemy, weapons do!

You will only make the mistake once of consuming a new MRE flavor without first asking your veteran peers of the inevitable side effects unique to each meal. We think every soldier would benefit from putting up to date feedback on the packet. Besides, who wouldn’t love to vote on the year’s best review?

Nothing says fun like mandatory fun. To kick off the only free day you will have in the foreseeable future, Company Commanders seem to think that there’s nothing better than a day full of mandated activities and awkward bonding over low-quality meat and the local grocery’s prepared foods section.

Ah, yes, much better than an actual day off. Especially when you are forced to spend it with the same group of people you see all day for five days straight every single week for years on end. Year after year the idea that soldiers possess the ability to have fun outside what is regulated continues to perplex leadership. Is this the year to hear the will of the people?

“This is dirty. Clean it and make an appointment to come back another day,” says the CIF employee with a shit-eating-grin about the still factory sealed part you just turned in. Good thing it was the last item you needed to turn in so you can clear CIF and PCS from the seventh circle of Hell you currently call home.

We’re not sure what the Training Manual on CIF Operations reads like, but find it likely that any study would show a correlation between the years a human spends at CIF and an increase in unrealistic, even psychopathic expectations. Save a soul, impose CIF term limits.

It’s no secret that standards at basic have slipped with each passing decade, resulting in Privates showing up to companies expecting amenities straight out of the Ritz. Nothing would bring more joy to sadistic Sergeants everywhere than to line up and publicly select incoming Privates to their unit like it’s the NFL draft. Perhaps a more accurate welcome to the company than what is currently in place would help the poor darlings adjust a little better.