Watch live: SpaceX's Crew Dragon spaceship is docking 4 astronauts to the International Space Station - We Are The Mighty 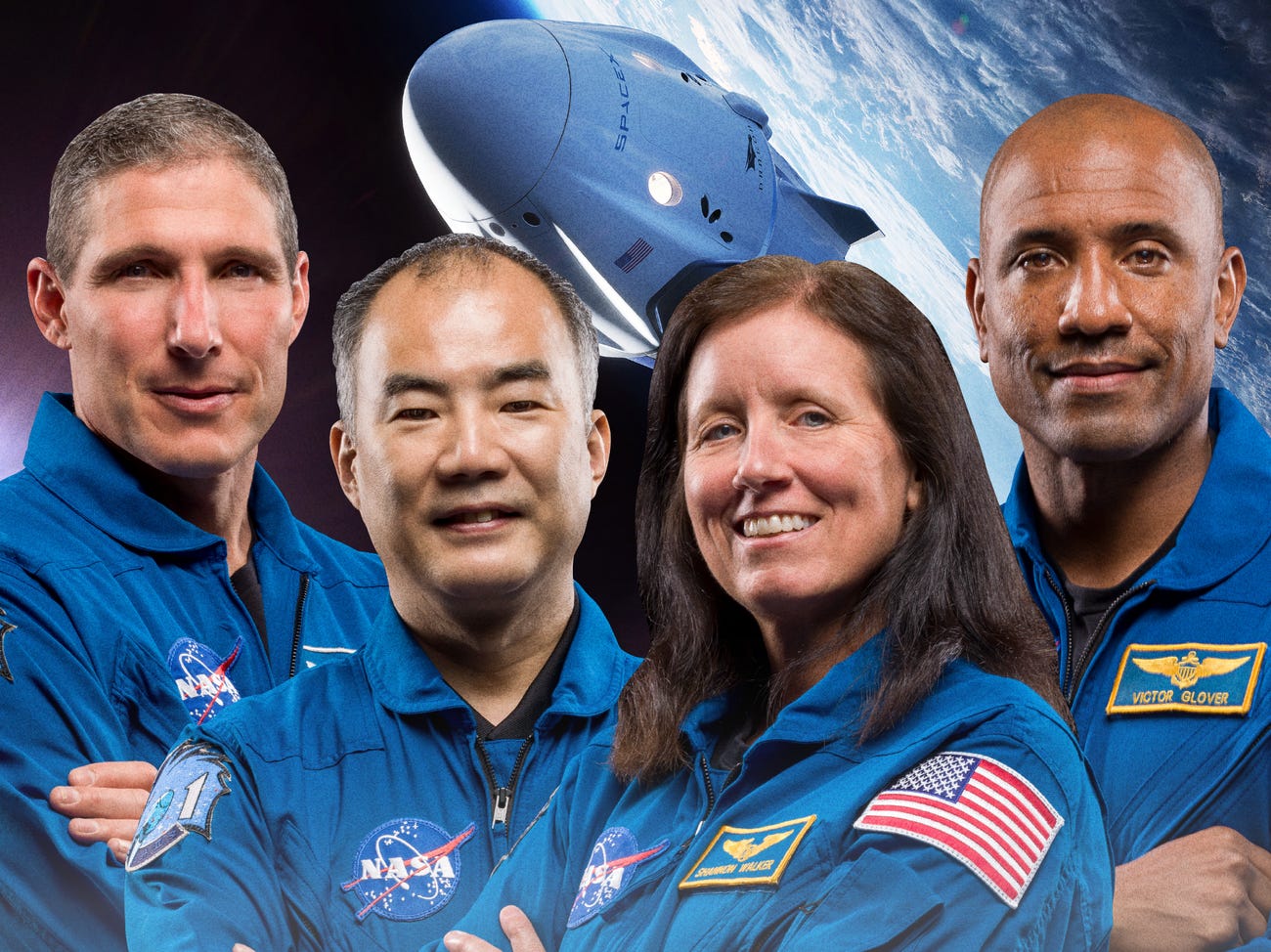 Update: The spaceship docked with the International Space Station at 11:01 p.m. ET on Monday.

SpaceX rocketed four astronauts into Earth’s orbit on Sunday, kicking off its most ambitious spaceflight yet for NASA.

The mission, called Crew-1, is set to bring Mike Hopkins, Victor Glover, and Shannon Walker of NASA, along with Soichi Noguchi of the Japanese Aerospace Exploration Agency, to the International Space Station. They’re scheduled to stay there for six months, constituting the longest human spaceflight in NASA history.

The astronauts launched aboard a Crew Dragon spaceship on Sunday evening. Once in orbit, the crew changed out of their spacesuits into more comfortable clothes, ate dinner, and settled down for a night’s rest.

All in all, they’re set to spend 27 hours inside the Crew Dragon capsule, which the astronauts have named Resilience, before the ship fully lines up with and docks to a port on the station. The docking operation requires a complex set of maneuvers, and the Crew-1 launch won’t be considered complete until it’s done. If the spaceship can’t dock, it may have to turn around, plummet through Earth’s atmosphere, and parachute into the ocean so NASA and SpaceX can recover the astronauts.

If docking succeeds, though, Crew-1 will become the first operational mission to come out of a decade-long effort to restore NASA’s human spaceflight capabilities. Through its Commercial Crew Program, the space agency has funded the development of private, astronaut-ready launch systems from SpaceX and Boeing. NASA has spent more than $6 billion on the program, according to The Planetary Society.

SpaceX on Tuesday became the first company to receive NASA’s human-spaceflight certification for a commercial system, and Crew-1 marks its first “operational” mission. The company proved its human-launch abilities this summer when it successfully rocketed NASA astronauts Bob Behnken and Doug Hurley to the ISS and back in a test flight called Demo-2.

Now, the four astronauts on the Resilience spaceship are awake and monitoring the docking operation.

“We’re not done yet,” Kathy Lueders, NASA’s head of human spaceflight, told reporters two hours after the launch. “That spacecraft’s out there with those four precious crew members on [it], and we’re going to get them safely to the International Space Station tomorrow.”

NASA TV is broadcasting live video of the docking on its stream below:

NASA plans to continue broadcasting through about 2 a.m. ET, after the agency expects Crew-1 astronauts to float inside the ISS, greet each other, and wrap up a traditional docking ceremony.

How a 13-ton spaceship precision maneuvers into an ISS port

The flight is programmed to be automatic, but the crew will keep tabs on the process. If anything goes wrong, the astronauts can manually control the spacecraft.

“They won’t have to push any buttons or fire any thrusters, Dragon is doing this all on its own — it’s completely autonomous,” Leah Cheshier, a NASA communications specialist, said during NASA TV and SpaceX’s joint broadcast on Monday night. “The crew is just monitoring when you see them looking at their screens.”

Early in the docking process, Resilience stopped about 400 meters below the space station, later swing up and in front of the facility. The capsule then began a series of automated maneuvers to close in on the ISS. First, it began slowly pulling up to a point about 220 meters ahead of the station’s Node 2 forward port.

Assuming all goes well, the spaceship’s autopilot will continue inching it toward the football-field-size, orbiting laboratory and line up its docking system with the adapter on the port.https://gfycat.com/ifr/QuerulousThickHamster

Crew Dragon’s automated and manual docking systems have both been tested. During Demo-2, Behnken and Hurley turned off the auto-pilot to and controlled the vehicle. Demo-2 was a test flight, after all, and part of it was making sure the backup systems worked.

“It flew just about like the [simulator], so my congratulations to the folks in Hawthorne. It flew really well, very really crisp,” Hurley said during a live webcast after the docking, adding that its handling was “a little sloppier” in an up-down direction, though this was as expected.

If there are no issues, and the new Crew Dragon firmly secures itself to the ISS in the same way the last ship did, the station’s adapter will slowly fill with air, allow the astronauts inside to open their hatches, and then greet each other with zero-gravity hugs.

Kate Rubins, the NASA astronaut currently on the ISS, will be waiting to greet them.

“I have some great friends flying on that vehicle, so I’m going to be pretty happy to open the hatch and welcome them to the space station,” she told Business Insider.

The Crew Dragon will remain attached to the ISS for the astronauts’ entire stay there. The Resilience capsule has a new set of solar panels that are much more durable than the ones that flew with Behnken and Hurley. Those previous solar panels would have begun to degrade in the harsh radiation of space after just 110 days (that mission only lasted two months). Resilience, however, is certified to weather 210 days — nearly seven months — in space.

In another major upgrade, Resilience is programmed with the ability to move itself to another of the four ports on the US section of the ISS, in order to make room for other incoming spaceships.

“It’s getting a little crowded in space. And that’s a really good thing,” NASA astronaut Suni Williams said in a Friday briefing.

Williams is set to fly on the first operational mission of Boeing’s CST-100 Starliner — that company’s spaceship for astronauts, which was funded and designed through NASA’s Commercial Crew Program as well. The Starliner is set to reattempt an uncrewed test flight to the space station in 2021, since the first test failed. That might require the Crew Dragon to move to a different port.

To relocate the spaceship, the crew will climb back in and run new software that should maneuver the Crew Dragon away from its original docking point, the Forward Port, and re-dock to the station’s Zenith Port.