U.S. officially withdraws from Open Skies Treaty; Moscow says 'All options are open to us' - We Are The Mighty

U.S. officially withdraws from Open Skies Treaty; Moscow says ‘All options are open to us’ 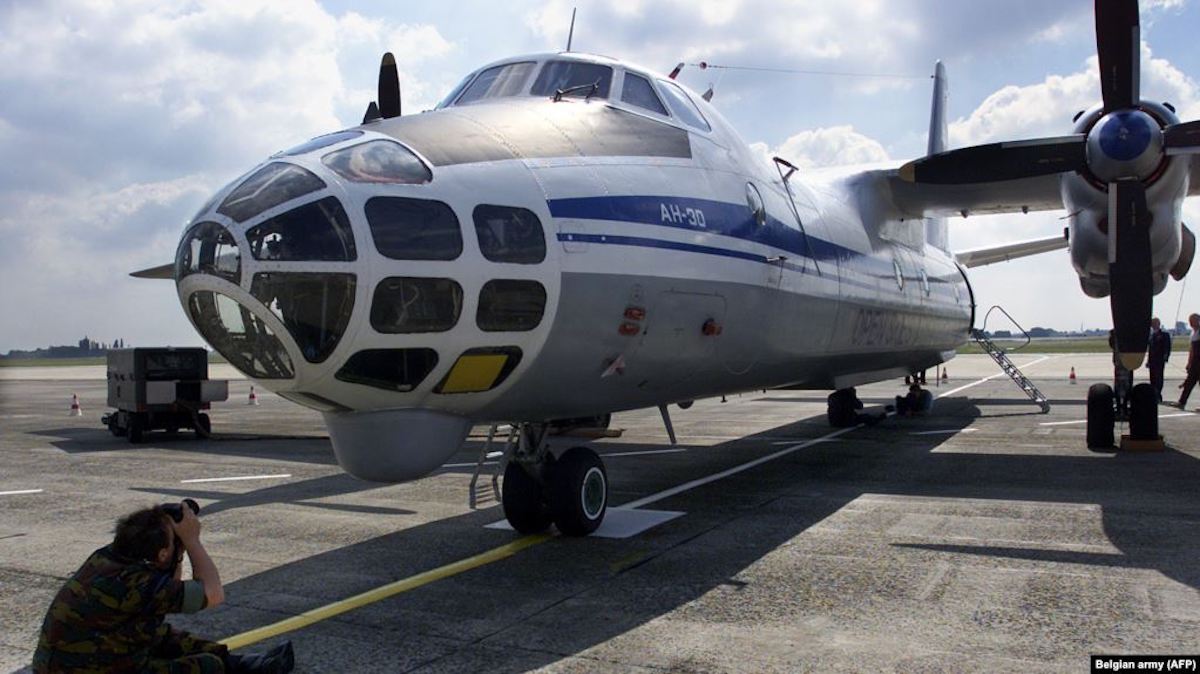 A Russian Antonov airplane on the tarmac at a Brussels military airport, pictured in 2002. The Antonov was about to fly over NATO territory as part of the Open Skies Treaty.

The United States formally withdrew on November 22 from the Open Skies Treaty, an 18-year-old arms control and verification agreement that Washington repeatedly accused Moscow of violating.

The withdrawal is the latest blow to the system of international arms control that U.S. President Donald Trump has repeatedly scorned, complaining that Washington was being either deceived or unfairly restrained in its military capabilities.

The U.S. State Department confirmed the move, noting six months had expired since notice of the pending exit had been issued and saying “the U.S. withdrawal took effect on November 22, 2020, and the United States is no longer a State Party to the Treaty on Open Skies.”

The National Security Council confirmed the withdrawal and added that “Russia flagrantly violated [the treaty] for years.”

It quoted national-security adviser Robert O’Brien as saying the move was part of an effort to “put America first by withdrawing us from outdated treaties and agreements that have benefited our adversaries at the expense of our national security.”

U.S. Secretary of State Mike Pompeo on May 21 announced the U.S. intention to withdraw and gave the six-month notification to Open Skies’ 34 other members, as required under the treaty’s rules.

“Washington has made its move. Neither European security nor the security of the United States and its allies themselves have benefited from it. Now many in the West are wondering what Russia’s reaction will be. The answer is simple. We have repeatedly emphasized that all options are open to us,” the ministry said in a statement on November 22.

Signed in 1992, the treaty, which entered into force in 2002, allows its 34 members to conduct short-notice, unarmed observation and surveillance flights over one another’s territories, to collect data on military forces and activities. More than 1,500 flights have taken place under the agreement.

The treaty’s proponents say the flights help build confidence by showing that, for example, adversaries are not secretly deploying forces or preparing to launch attacks.

But its critics, particularly among U.S. Republicans, have asserted the treaty has been violated repeatedly, first and foremost by Moscow.

In his May statement, Pompeo charged that Russian violations included restrictions on flights near breakaway regions over Georgia, along Russia’s southern borders, and limits on the lengths of flights over the Russian exclave of Kaliningrad.

“Russia has consistently acted as if it were free to turn its obligations off and on at will,” he said.

Arms control experts have said while some of the U.S. complaints have merit, others are misleading. And U.S. military and intelligence agencies will lose an important source of data by not being party to the treaty, they said, and NATO allies support the agreement.

“While Russia has violated the treaty, the United States has reciprocated. NATO allies support the treaty — which focuses first and foremost on enhancing European security — and wish the United States to remain a party,” Steven Pifer, a former U.S. ambassador and arms control expert, said in commentary published last week.

The Trump administration has targeted several international treaties over the past four years, most notably the 1987 Intermediate-Range Nuclear Forces Treaty, a key Cold War agreement between the United States and the Soviet Union.

After years of complaining that Russia had secretly designed, then deployed, a treaty-violating missile, Washington withdrew in 2019 and the treaty collapsed.

Another more consequential treaty, the New START agreement, is also set to expire in February 2021, and U.S. and Russian officials have been struggling to find a way to keep it intact.

But Trump administration officials want to expand the treaty to include China. And they have also sent mixed signals about new conditions for extending New START, something Moscow has rejected.

Adding to the uncertainty is Trump’s expected departure from the White House on January 21, 2021, when Democrat Joe Biden is scheduled to be inaugurated and take office.

Biden has signaled support for extending New START and preserving other treaties.

“Instead of tearing up treaties that make us and our allies more secure, President Trump…should remain in the Open Skies Treaty and work with allies to confront and resolve problems regarding Russia’s compliance,” Biden said in a statement in May.