Vincent Jackson, NFL Pro Bowler and military advocate dies - We Are The Mighty 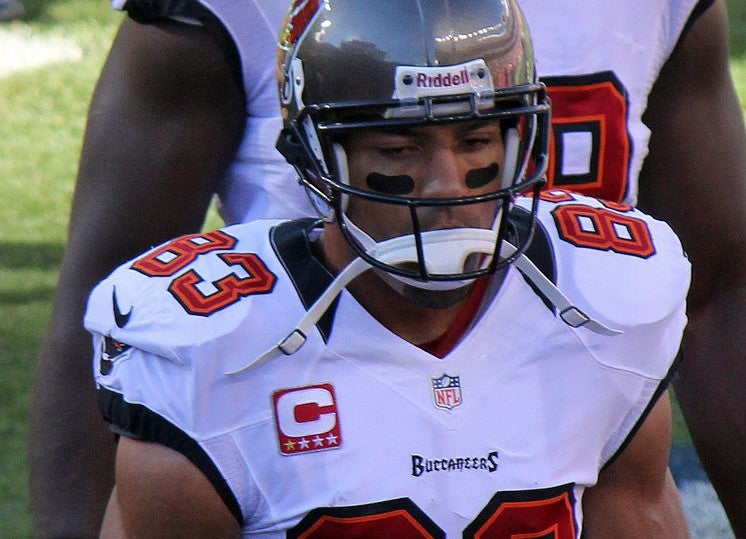 The news Vincent Jackson, three-time Pro Bowler, passed away has been tough to bear. A fan favorite both in San Diego where he played for the Chargers and in Tampa Bay where he played for the Buccaneers, Jackson electrified NFL fans with his catching skills and athletic ability.  He finished with over 9,000 yard receiving and 57 touchdowns. He had over 1,000 yards in a season six times.

Beyond that, Jackson had deep ties to the military that go back to his family. Because of those roots, after his career was over, he was heavily involved in supporting the military community.

The Buccaneers released a statement stating, “We are shocked and saddened to hear the terrible news regarding the loss of Vincent Jackson. During his five seasons with our franchise, Vincent was a consummate professional, who took a great deal of pride in his performance on and off the field. Vincent was a dedicated father, husband, businessman and philanthropist, who made a deep impact on our community through his unyielding advocacy for military families.”

Jackson was born to military parents in Colorado Springs. Growing up he excelled at football and basketball but also academically. He turned down Columbia University so he could play both sports in college. Enrolling at the University of Northern Colorado, Jackson became a standout wide receiver and caught the eye of NFL scouts.

In 2005, he was drafted by the San Diego Chargers in the second round. Over the next seven seasons, he would develop into a favorite target for quarterback Philip Rivers. In 2011, after a contract dispute with the Chargers, Jackson ended up on the opposite side of the country in Tampa Bay.

He proved just as productive there, until injuries ultimately ended his career.

Both San Diego and Tampa Bay proved to be ideal for Jackson, not just on the field but off. Jackson, being from a military family had a passion to help those who served and their families as well. Both communities have a heavy military presence and Jackson used his star power to ensure that he did everything he could to advocate and help them.

How so? Here are a few amazing ways that Jackson served the military community.

Jackson was a recipient of the Salute to Service award presented by USAA in 2016 because of the work he did in the community. Jackson sponsored military families at every Buccaneers home game.  He arranged for military members and their families to sit in the Front Row Fans section at Raymond James Stadium. He visited troops overseas and helped a Marine veteran get his home fixed after a disaster.

Over the seven years, local military families received more than $500,000 in products and services.

Jackson wrote, “Danny DogTags” children’s books, dealing with common issues for children in military families. The book was partly inspired by Jackson’s own life as a military brat. It was a book to give guidance to military children who moved around a lot because of their parents changing duty stations.  On growing up in the military, Jackson said, “It’s part of the military lifestyle of just picking up and going to a new state and new school. It’s not the easiest thing to go through, but it was a part of building my resilience and my ability to adapt, and adjust, in different, challenging environments.”

These are but a few of the countless ways Jackson supported the military.  Many talk the talk, but he walked the walk.

Rest Easy 83. See some of the highlights of his career below.