Give the gift of remembrance - We Are The Mighty

Give the gift of remembrance 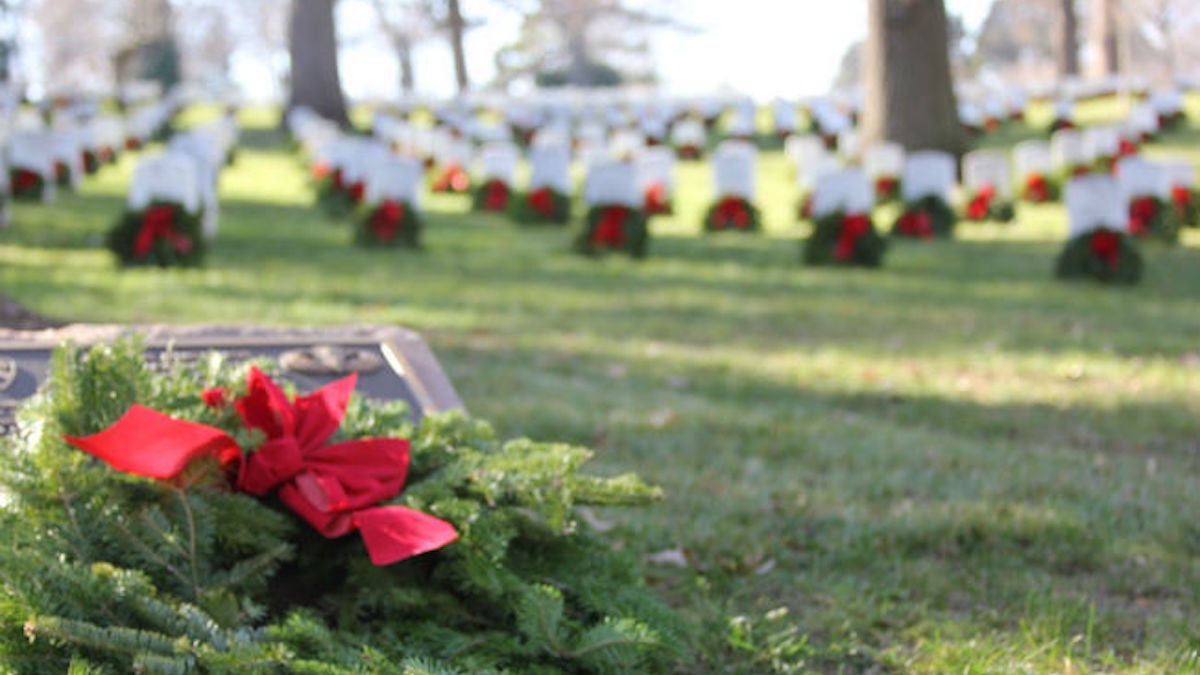 Wreaths Across America (WAA) is a national non-profit organization best known for remembering fallen veterans with wreaths placed each December at Arlington National Cemetery. However, the organization and its mission to Remember, Honor, Teach, is much more.

In the beginning, founder, Morrill Worcester, a 12-year-old paper boy in Maine won a trip to Washington D.C., where Arlington National Cemetery became an inspirational location. His pilgrimage served as a consistent reminder, through career and life, that opportunities stemmed from the values and freedom afforded to us by our nation’s veterans.

After years of hard work, Morrill founded Worcester Wreath Company in Harrington, Maine. In 1992, Worcester Wreath had a surplus. Morrill saw this as his opportunity to honor our veterans with hopes of returning to Arlington. With the aid of Maine Senator Olympia Snowe (ret.), the first 5,000 wreaths were placed that year at Arlington National Cemetery. As plans were underway, other individuals and organizations shared Morrill’s spirit and working together built an annual mission that went unnoticed for many years.

In 2005, a photo surfaced of Arlington covered in snow, adorned with wreaths. This picture became a viral internet sensation! After, thousands of requests poured in, from people wanting to help emulate the Arlington success on the local level, prompting the official formation of Wreaths Across America the national nonprofit in 2007.

The newly formed 501c3 began its national effort by sending seven ceremonial wreaths to every state (one for each branch of the military, and for POW/MIAs). The ceremonies took place in nearly all of the 50 states and Washington, D.C., with a focus on family during the holidays. As the organization grew from volunteer support, a network of local groups and cemetery locations began to emerge.

Presently a small, but dedicated staff and more than 7,000 core volunteers across the country, work tirelessly on year-long programs that help accomplish this ongoing mission to Remember, Honor and Teach. That number grows to more than 2 million, a third of whom are children, who participate in the annual wreath laying events nationwide!

What does it mean to sponsor a wreath? It means you’ll honor an American hero at one of more than 2,500 locations nationwide this year on Wreaths Across America Day… a day that’s been set aside to pay tribute to their sacrifices.

This year, National Wreaths Across America Day is Saturday, Dec. 19, 2020.

We can only do this with YOUR support. Your sponsorship will ensure that a wreath is hand- crafted of all-American balsam and hand-tied with a red velvet bow will be sent to one of our participating locations, where a volunteer will place it on the marker of a fallen hero. That volunteer will then “say their name” to ensure that the legacy of duty, service and sacrifice of that veteran is never forgotten.

Give the gift of remembrance this holiday season and join a grateful nation in saying “thank you” to our veterans. Visit www.wreathsacrossamerica.org to sponsor a wreath for a participating location near you!