For a combat cameraman, life in uniform is art - We Are The Mighty

For a combat cameraman, life in uniform is art 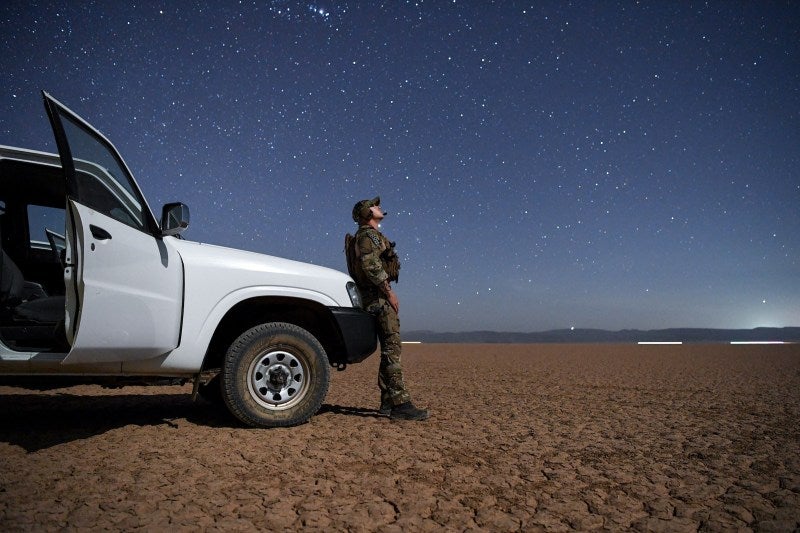 One mistake that people outside the military make is thinking of our service members as being a homogeneous group. This is understandable. It’s easy to look at a platoon of soldiers in formation and see uniformity — the same haircut and uniform — and register it as sameness.

In fact, the military is an incredibly diverse collection of people. Not only does it draw people from all across our country with many different backgrounds, languages, and regionalisms, but the military is chockfull of different jobs and specializations which appeal to different kinds of people. But for all the jobs the military offers, you probably wouldn’t guess that it would attract an artist.

TSgt Corban Lundborg, 29, has been in the service for 11 years and isn’t planning on going anywhere. For him, being an artist and an Airman are not mutually exclusive. If anything, he’s found his calling as a Combat Cameraman.

The world of the Air Forces Combat Camera is more hardcore than you might think. The Air Force has two Combat Camera Squadrons, and while both are aligned under the Air Force Public Affairs Agency, they are responsible for much more than taking pictures at change-of-command ceremonies and training facilities.

According to the Air Force, COMCAM is responsible for “acquiring still and motion imagery in support of classified and unclassified air, sea, and ground military operations.” The imagery captured by COMCAM is “a fundamental tool of commanders and decision-makers throughout the Department of Defense [and] provides a visual record for use in operational analysis, training, public information, and as a permanent historical record.”

But on our phone call, TSgt Lundborg doesn’t tell me about “visual records” or “operational analysis.” Instead, we talk about composition, creativity, and art. He talks about his work with a kind of reverence that you’d expect from an artist, but replies with short, to-the-point answers you’d expect from a seasoned NCO.

“My life has been a constant battle between artist and combatant,” TSgt Lundborg tells me. “We are combatants — we’re trained in all those skills — but I see the world through the eyes of the artist. I constantly have to make the decisions between the two, and know when to flip the selector switch.”Read Next: This Week on SOFREP: Iran in the Crosshairs, a CIA Officer Killed, and an Exclusive Look Inside the Boogaloo Bois

I first discovered Combat Camera and TSgt Lundborg while searching for an image for a story about SERE School. I was tabbing through the Department of Defense archive when I came upon a grainy black and white photo of an airman, head, and neck wrapped against the cold, a cigarette tipped into the corner of his mouth.

All Airmen designated as part of an aircrew are required to attend the Air Force’s Survival, Evasion, Resistance and Escape school at Fairchild Air Force Base in Washington State. TSgt Lundborg attended the school as part of his training. But like any artist worth their salt, TSgt Lundborg couldn’t leave his camera behind.

In truth, a camera is an authorized item on the packing list for SERE, though trainees are only allowed to use the camera during certain parts of the course. Most use the opportunity to snap a few pics with their buddies, or record parts of their experience for personal use.

Instead, he went to his leadership and the course cadre and proposed a project: He would bring with him a medium-format film camera and capture moments from SERE school through the eyes of an artist. The project was approved. So as TSgt Lundborg prepared for the training he also did photographic research. He found an inexpensive plastic camera that would be light and easy to carry and lashed it to an old dog tag chain.

Capturing the images wasn’t a cakewalk. Evening temperatures dipped into the single digits. The trainees slept in snowbanks. When TSgt Lundborg suffered an injury to one of his eyes, he kept shooting, using the other one to focus and compose the exposures.

“Just like all military training,” he tells me, “you just think about all the guys who have survived before you.” Spoken like a true soldier.Read Next: Combat Medicine: Senior Military Commanders Need to Do More to Save American Lives (Pt. 1)

TSgt Lundborg is humble and down to earth. He takes his job seriously and loves what he does. But it’s not about glossy photos of the heroics and images for military marketing campaigns.

Airmen serving with Combat Camera also work directly with special operations teams to capture images for their use. Here, TSgt Lundborg gets to practice his art while drawing on his training and experience in the military. “We work directly with the Pentagon and with all the teams. When we’re working with a team, we’re working for that team,” he says. “Unlike a Public Affairs team, we’re there to support these teams with imagery for internal use.”

TSgt Lundborg knows that much of his work will never be viewed by the outside world. “The majority of imagery that we shoot will never see the light of day,” he says. “It will be internal imagery that will live on a hard drive somewhere. To know as a photographer that your best work may never be seen is incredibly hard.”

But TSgt Lundborg is resolute. He’s not here for fame or to launch a personal brand. In fact, he’s planning on serving well past 20 years. For him, looking at the battlefield through the photographic lens is about creating what he referred to as a “through-line for generations.” And much like the famous military photographers who have come before, TSgt Lundborg is ready to take it on.

“It’s difficult and beautiful at the same time,” he tells me.

“It’s an honor to be the one to write that history and capture these moments.”

Spoken like a true artist and a true patriot.

This article was originally published on November 24th, 2020.