Families stationed in Germany get creative during lockdown 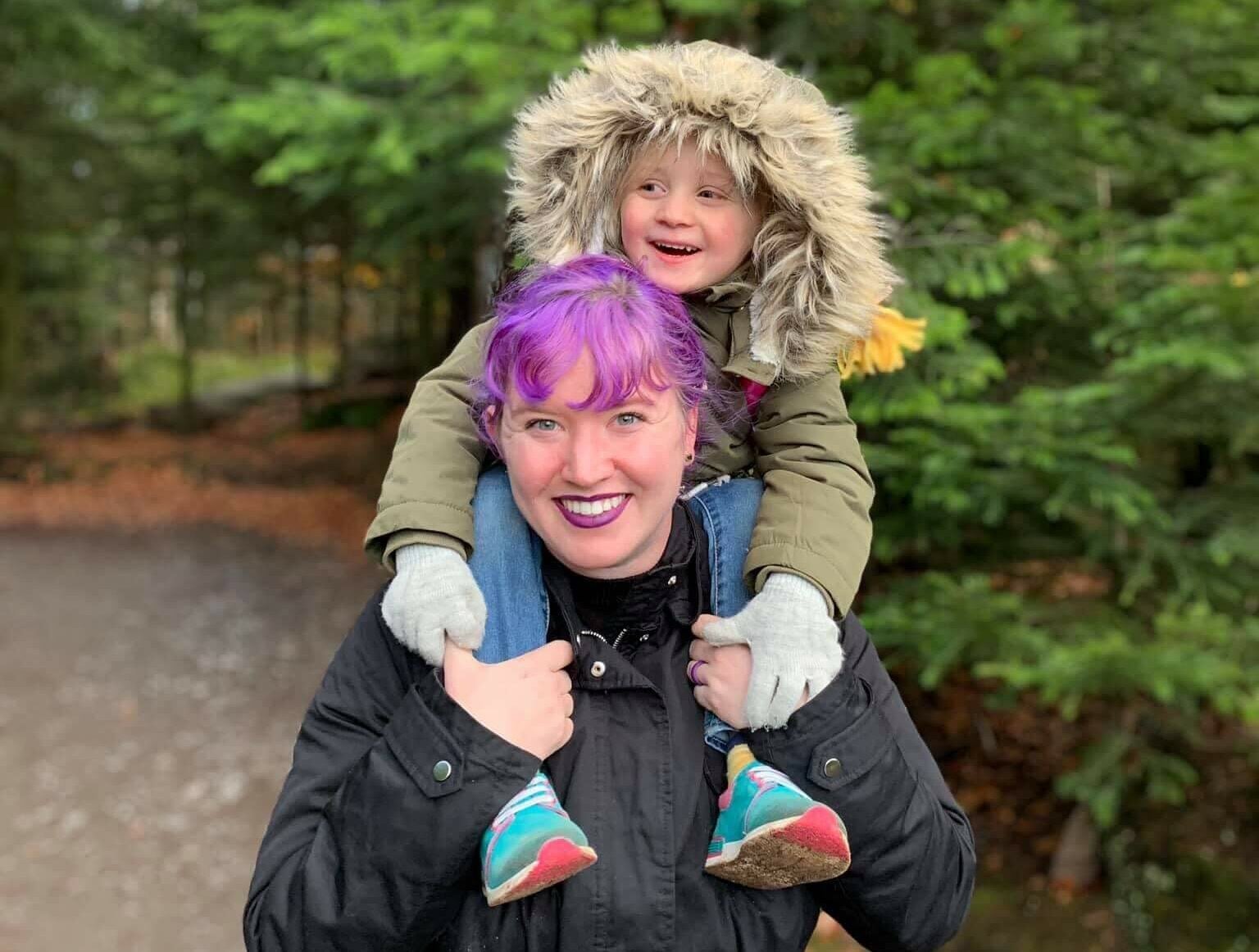 Navy veteran and spouse Courtney Suesse and her family live in Stuttgart.

Air Force spouse Jennifer Borkey has left base once this year — to travel to a nearby post for a dental appointment. Borkey, her husband, and two children, ages 10 and 13, have made the most of their time confined to a 1,630-square-foot apartment on Robinson Barracks, one of the five installations that comprise Army Garrison Stuttgart.

Over the past year, the garrison, home to more than 20,000 U.S. military personnel, federal agencies, civilians, and family members, has maintained a variety of restrictive lockdown measures in conjunction with host-nation and Army policies.

During this time, Borkey’s read 30 books, picked up knitting, and refined her sewing skills. Her advice to other families — “If you don’t have a hobby, find one.”

On March 10, 2020, at the start of the COVID-19 pandemic, Stuttgart closed all non-essential services, including CDCs, gyms, and playgrounds. DODEA schools in the region were closed around the same time.

Commissaries, exchanges, and the post office have remained open, but nearly all other retail facilities, including most out in town, have remained shuttered.

As of press time, DODEA schools in the region were partially reopened and some restaurants were allowing takeout but the majority of restrictions remain, including in-person gatherings, which are currently limited to 10 people from two households. While residents are allowed to exercise outdoors with a mask, their movements are geographically limited.

For Borkey, one of the biggest differences about being stationed overseas is that rules are not optional. “People state-side might not understand that when we are handed down regulations, we have to follow them,” she said.

“There’s no doubt that the community has had to make a great deal of sacrifices this year, especially with things that you take for granted,” Paul Hughes, public affairs specialist at USAG Stuttgart, said during a phone interview in late February.

With no 4th of July celebration, Halloween canceled, Thanksgiving and the winter holidays limited, and no New Year’s celebration, COVID-19 restrictions have significantly impacted the Stuttgart community, Hughes says.

Still, he praises the dedication during this challenging chapter, including wearing masks and practicing social distancing. “It’s been tough and I think the second lockdown is wearing on people a little,” he said.

Navy veteran and spouse Courtney Suesse says that the lockdown has been a struggle emotionally. Having a 3-year-old at home and balancing a full-time college course load during the pandemic has taken a toll emotionally.

“Everyone has gotten in their feelings and way more personal,” Suesse said, noting that she’s found assistance through a behavioral health licensed counselor on post.

“If you’re struggling like I am, I highly recommend reaching out and finding resources,” Suesse said.

Stuttgart Employee Assistance Program Coordinator Kim Roedl says that the garrison has worked hard to make sure families and service members have access to physical and mental health resources. Her office has ramped up its efforts to connect with families and ensure that they know about their free, confidential, and short-term counseling and referral services.

“We want people to know that we are here for them, and we are always here to listen,” Rodel said in an email.

In addition to mental health services, Suesse says that technology has been a lifeline during the home-bound months. Her daughter has tea parties with her grandparents and playdates with her aunt via Facebook messenger.

The highlight of each week has been an international virtual trivia with family.

“It’s midnight for my sister in Saigon, 6 p.m. for our family in Germany, and noon for my in-laws in the Outer Banks of North Carolina. We make it work across the globe,” she said.

Game nights have been such a success for Suesse that she connected with other spouses to start a local virtual game night. The group, to which Borkey also belongs, has been meeting for over a year. With the restrictions in place, they’ve only met in person once during that time even though they live relatively close.

Suesse says that the game night is a fun release and time to gather. “We commiserate about lockdown and when someone misses a question we tease them saying ‘since you’re a homeschool teacher now, shouldn’t you know the answer?’”

Both Borkey and Suesse are looking forward to getting off post and exploring the surrounding area once restrictions are lifted.

“We are most looking forward to travel, travel, and did I say travel?” Borkey joked.

In the meantime, Suesse is walking the base and nearby areas as permitted and exploring German life as she can.

“There are still trails to walk, architecture to see. . . There’s still an international community you can experience while still being bundled into this military community,” she concluded.