Family of fallen soldier encourages others to ‘live like John’ 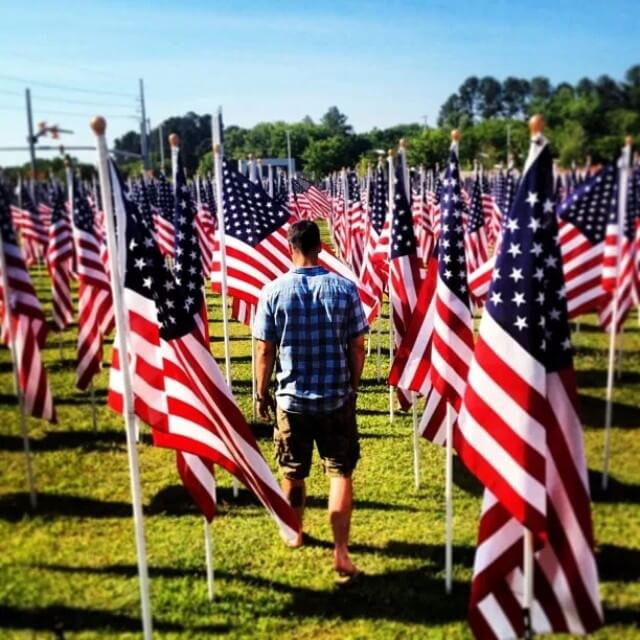 The family of a fallen soldier says his legacy will transcend his life.

Army Spc. John “Alex” Pelham was killed in Afghanistan in 2014. He was 22 years old. Despite the overwhelming grief and devastation that accompanied his loss, his family is committed to inspiring others through an ongoing initiative to live — and give — like John.

His father, Wendall, had a conversation with his son two days before his death, sharing that after he hung up the phone, he knew he’d never see John again.

“There are warriors that God put on the earth to take care of us,” he said. “At his funeral I said, ‘John would be bigger in death than he ever was in life,’ and he is … as we come up on seven years since his death, that statement was prophetic.”

Described as tall and strikingly handsome, John was a magnet to the people around him. That pull would only intensify after he died.

“He was the epitome of the Green Beret moto ‘De oppresso liber,’ of freeing the oppressed. John did that all the way through school, taking care of the bullies,” Wendall said with a smile.

John’s grandfather, a 30-year veteran of the Army, was his idol. Wendall said his son sought to emulate him. Though John was successfully playing college baseball after high school, he left it all behind for a deep conviction to serve.

In July 2011, John enlisted as an intelligence analyst, leading him to become a coveted soldier with Special Forces.

John was assigned to 3rd Special Forces Group (Airborne) out of Fort Bragg, North Carolina. His skills as an analyst saved hundreds of lives, long after he was gone, his father said. After an ambush attack, he was killed alongside another soldier. On Feb. 12, 2014, at 4:34 p.m. in Oregon, Wendall’s wife called him at work to say two soldiers in dress blues were on their porch. He knew immediately John was gone.

But to his family, John’s still here. He’s in every facet of what they do and how they approach life. His legacy also lives on at Fort Bragg, with his name inscribed at multiple locations.

“I get to live a part of my son’s life through mine because of his example of what a true servant looks like,” Wendall said through tears. “My son, through his service, has taught me how to be beyonda great leader. My level of empathy and care and love for fellow man is 180 degrees different now.”

After months of healing following John’s death, his family organized a racquetball tournament in his honor. The sport was one of John’s favorite pastimes and something that brought him joy. Wendall realized they needed somewhere to put the money raised, so they formed a nonprofit organization. The name? Live Like John. The mission is to support military charities, veterans, and other Gold Star families.

This doesn’t mean follow John’s more than obvious path, which was headed toward completing the “Q” course and becoming a Green Beret. But rather efforts to service others, community, and humanity.

“I learned a long time ago that to be a great leader — you have to be a servant,” Wendall said.

He encourages everyone to engage in a mission of service, but above all else, teach children to do the same. John is described as a loving man, son, brother, nephew, and friend. He was also an American soldier whose life was lived with such honor and dedication that it has had ripple effects far beyond his death.

The foundation has brought immense healing, but there are still hard days for the Pelham family: Memorial Day, Fourth of July, Veterans Day, the holiday season and then, the day John died.

He adds that for those seeking to say “thank you for your service” to service members and veterans, it should be done with meaning.

“Those words said repetitiously lose their luster after a while. You can sip a Starbucks on a cold winter day or get a suntan on a beach in Maui while traveling the world with no restriction, because you are a citizen of the United States of America,” he said. “What’s that worth? Do you understand what it is worth to the families who have given their loved ones’ lives for this freedom?”

Spc. John Pelham will be among a group of service members honored this year through The Unquiet Professional’s 2021 Virtual Memorial Mile. Visit www.theunquietprofessional.org/tupmile for updates on how you can support efforts to honor the fallen.