What to expect from a job search after leaving the Army 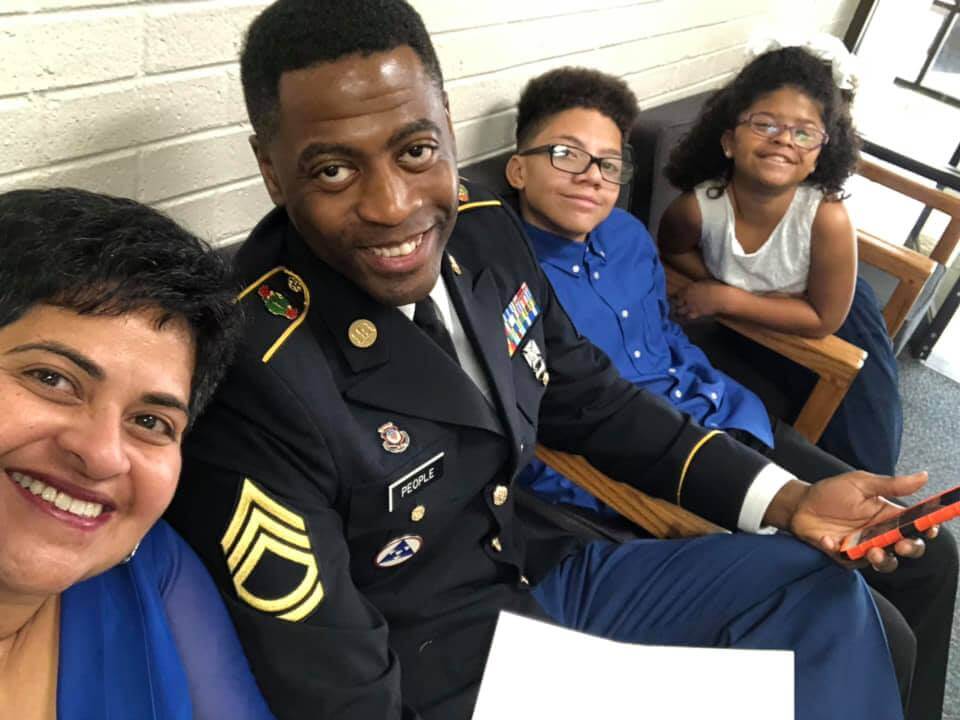 Before starting his job search, Robert People enjoyed the opportunity to spend time with his family.

I retired from the Army in 2018 after serving for 21 years. While I immensely enjoyed my career, people I met, relationships I developed, and lessons I learned, I was ready for the next chapter of my life.

The Army prepares soldiers for this next stage of their life through SFL-TAP (Soldier for Life-Transition Assistance Program). This is a program in which soldiers transitioning from the military to a civilian career receive assistance with resume writing, interview preparations, and schooling options, such as mechanics training or commercial driver’s license school (CDL), along with much more. I felt that I was set to be just fine and ready to work once I spent some time on vacation.

I enjoyed the first few months after I retired. I was able to spend some time traveling all over the country and visiting my family. I kept in mind all the opportunities that I believed would be available for me as a veteran, along with having obtained my CDL prior to leaving the military.

Because I remembered what I heard from my recently-retired military friends and other retirees who found work shortly after their military careers ended, I thought finding a job would be relatively simple. However, my personal circumstances made that search a little more difficult. Along with this, there were a few other areas I was a little surprised by during my job search.

For those who are following this or a similar path, here are just a few tips I learned that may be helpful:

1. Have a backup plan

Despite all of what was available, flexibility was important. I learned that there were not too many trucking companies where I lived at the time that immediately offered the option of working and coming home every evening, which is something I thought was possible as I went through school. Due to that and other personal circumstances, truck driving was not an option for me at that time. You may have to be prepared to go a different route in a certain area than you initially expected.

2. The devil is in the details

Pay attention Asking specific questions is also necessary and will help in the long run. I was not fully aware that businesses required applications to be completed strictly online, as cover letters were either mandatory or extremely beneficial to be submitted with a resume, depending on the career. I do not blame SFL-TAP for this, because in hindsight I realized that I could have asked better questions or paid better attention to what I saw as “smaller” details back then.

If you are moving from the area of your last duty station, it is important to learn what you will need for the area you are moving to, along with any changes that you may need to make. I moved from Killeen, Texas, with a population of about 140,000 to the Tampa Bay area in Florida, with a population of nearly 3 million. I thought this might be helpful due to the larger area and population. However, as I wanted to continue working with the military in some capacity, I did not consider that I was moving from a military community to an area where the nearest military base is about a 45-minute drive from where I live.

Shortly after getting settled in Florida, the COVID-19 pandemic happened. For most of 2020, this greatly reduced job opportunities as many businesses had to shut down temporarily and permanently. I looked for opportunities to work from home and saw limited success. I would estimate that I was able to land one interview for about every 25 jobs I applied for, until I was fortunately able to earn a temporary job — with the potential for full-time employment in the future — working for a not-for-profit company that supports the children of fallen special operations troops.

Military retirees often have not worked many jobs, if any at all, before enlisting, since initial enlistments frequently happen during the teenage years. I worked at one fast-food restaurant before joining the Army. Many of us learn this job search and interview process for the very first time in our late 30s to early 40s, or even later. Transitioning from the military to civilian life can be tough, especially when the unexpected happens. But persistence, flexibility and adapting to change can make that process a lot less stressful.