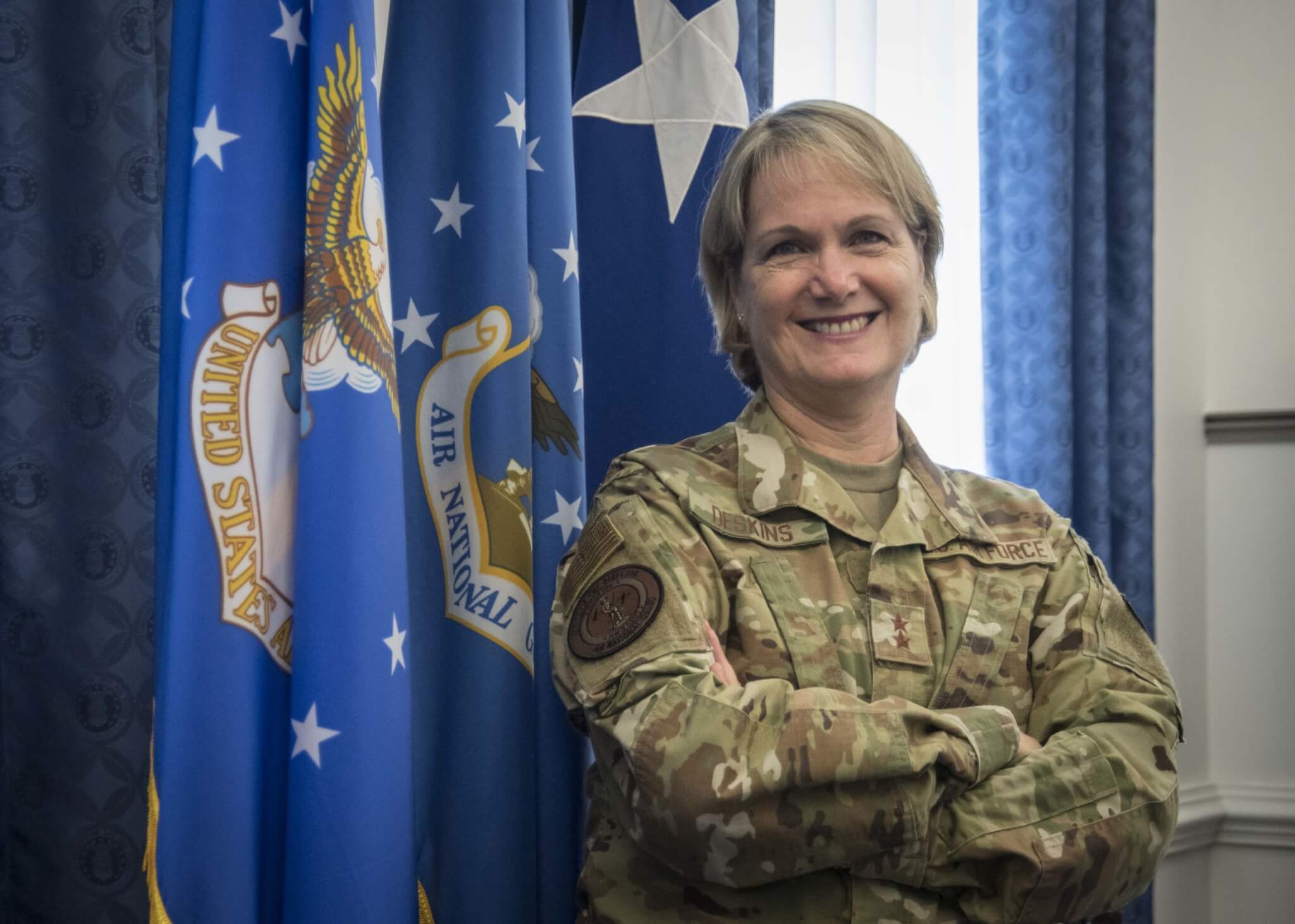 New findings in the wake of the coronavirus pandemic reveal millions of women are leaving the workforce after struggling to maintain jobs with increased responsibilities at home.

One in four women are contemplating downshifting or leaving their careers altogether, according to the Women in the Workplace study, with 2.2 million less women in the workplace compared to 2019 data from U.S. Bureau of Labor Statistics. Top challenges cited in the study include burnout, childcare and/or homeschooling responsibilities, mental health, and financial insecurity. Advocates recommend companies focus on key areas to make work more sustainable — an attribute the first female deputy director of the Air National Guard sought when she left active duty.

Maj. Gen. Dawne Deskins, says she transitioned from the Air Force after 10 years of active-duty service to find the stability needed to support a growing family.

“I had been in the Air Force for about 10 years, loved it. I loved the amount of responsibility I had; loved the people who worked with me, served with me, but at that point I also had a family — I had gotten married and had two children, and I really needed something that would allow me more stability because I was having trouble with the work-family balance,” she said.

The ANG was the solution. Deskins says she was able to join a Guard unit, stay in one place, and keep her children close to extended family members “in a very stable environment.”

“It filled the need that I had and it allowed me to continue to serve,” she added.

Deskins initially joined the Air Force to pay for college. She was commissioned through the Air Force Reserve Officer Training Corps program at Cornell University in Ithica, New York. Her plan was to serve four years and then move onto her next goal, but her 18-year-old self didn’t account for the possibility that she would find everything she was looking for within the military culture.

“I go back to the people and the professionalism of the people, and that having an organization that is focused on something that is bigger than the individual. Guard members specifically are very focused on being part of a team and being part of something greater and that real sense of service to the community, as well as to the entire country,” Deskins explained.

Deskins made history when she was named the first woman to serve as the deputy director for the ANG and the first non-pilot for the position. In her role, she assists Lt. Gen. Michael Loh, ANG Director, in formulating, developing, and coordinating all policies, plans, and programs affecting more than 107,700 ANG members and civilians in more than 1,800 units, according to her official biography.

After being sworn in in 2020, she outlined the ANG’s main priorities:

And she expanded the list to include a personal priority surrounding diversity and inclusion.

“I think certainly we are focused on this priority as a Department of Defense right now. I also think it is an area that the Guard has always been on the leading edge of, in how we recruit and retain a diverse workforce, but at the end of the day we work better, we perform better, when we have people who think differently in our force,” Deskins said.

She has been on the receiving end of that leading edge too. Thirty-six years after she first entered the military, Deskins reflects on the mentors who helped her work to this point in her career today — those she describes as “great, strong male leaders” who she credits with wanting to build a force that would one day provide opportunity to other women, like their own.

The New York native encourages others to seek out ways to build formal and informal mentor relationships, starting with being receptive to input from others.

“I’ll tell you, I try to learn from everything that I do. You can learn more from your failures than your successes, and so I would always sit down with my supervisors and be open to getting feedback. That is the number one thing I would recommend,” Deskins said.