West Point central to family legacy - We Are The Mighty 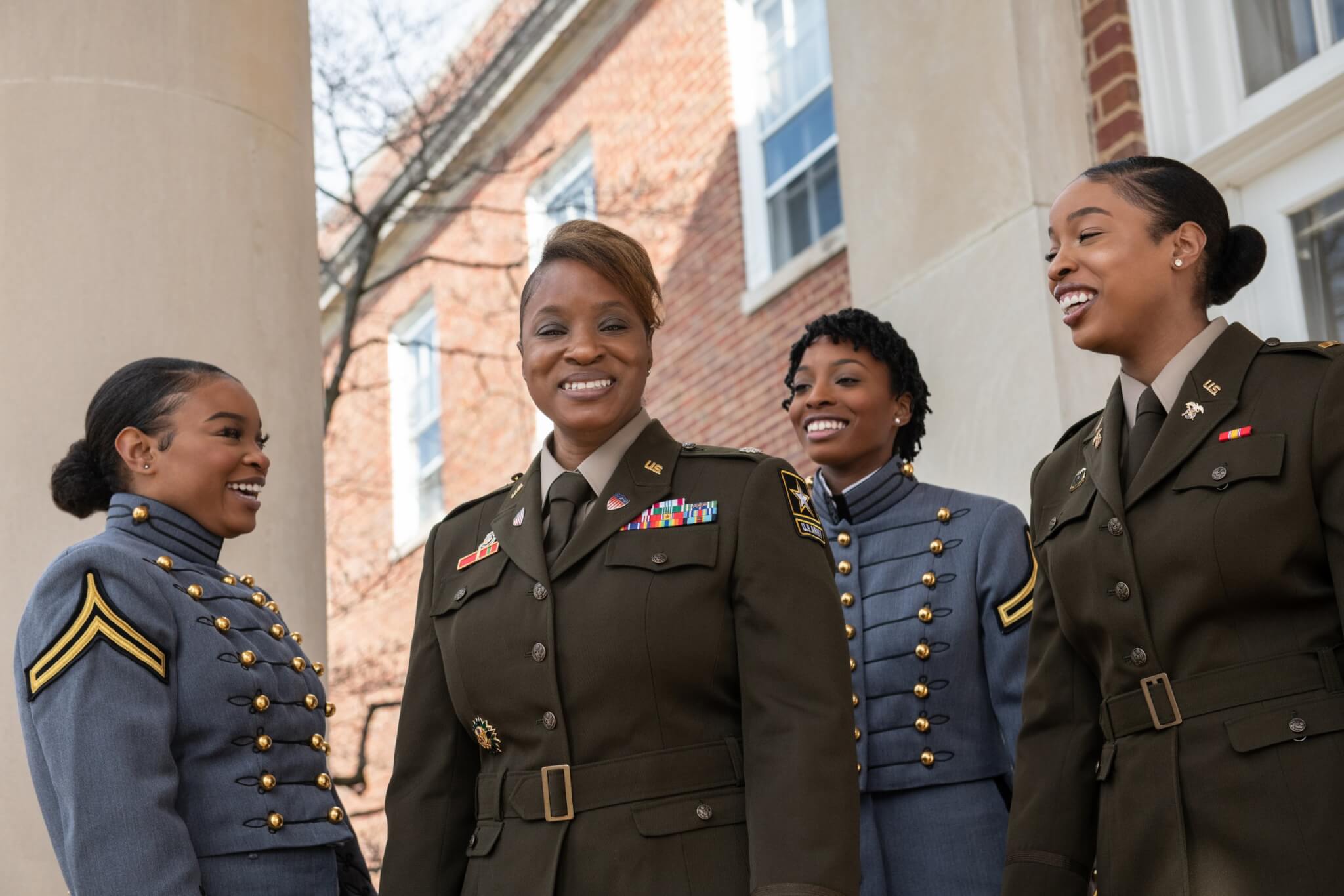 In 1991, 18-year-old June Copeland was brushing her teeth when her twin brother, Jerry Copeland, asked her to join the Army with him. Her answer? A resounding “No.” After much cajoling, the two agreed to enlist together for maybe three to four years.

While Jerry served his commitment and entered civilian life, June ended up making a robust career of it. She would go on to graduate from West Point and become an adjutant general. Nearly three decades later, Col. June Copeland has made both education and the Army central to her family’s legacy.

Currently, June is stationed at the Pentagon. When you ask her about her greatest accomplishment, she points to her three daughters — June Alyxandra, Jasmyn, and Jeilyn — all of whom have graduated from or are currently attending West Point.

June’s drive for excellence and her grounding comes from family, particularly her mother.

“When my ancestors were freed, we decided to stay on the plantation in Georgia. So, my grandmother was born there,” she said. Her mother grew up during Jim Crow and was one of 12 students who integrated schools in Savannah, Georgia. “She always talked about the benefits of education . . . Her biggest emphasis was always on getting a good education, making it count, and working towards a goal.”

While at basic training, June was crestfallen to learn that her first assignment would be in Germany. She called her mother in tears worried that she wasn’t ready for such a big step.

“When you are in basic training you see about five colors: brown, brick, dirt, tan, and green. All of a sudden, I saw all of these colors, pink, yellow, red, purple, just floating around and I was mesmerized,” she said.

Suddenly, June realized that it was her mom dressed in the most beautiful floral shirt. While her brigade was performing drill and ceremony, her mother and 10 family members were there to cheer her on and encourage her. Her mother served as a literal bright spot in the drab world of basic training.

Today, June serves as a mentor, cheerleader, and bright spot for her own daughters.

For June, the values of West Point just make sense for her family. “The values: don’t lie, cheat, or steal. Be an honorable person. Character matters. These are all things that my parents instilled in me and I made sure I instilled them in my children. It works,” she said.

When her oldest daughter, June Alyxandra, was a sophomore in high school, the two mapped out a plan for her educational and career goals.

“It wasn’t until we sat down and talked about the future that I really thought about West Point,” June Alyxandra said.

A 2020 West Point graduate, 2nd Lt. June Alyxandra Copeland is now 23 and stationed at Fort Drum, New York, where she serves in the 10th Attack Reconnaissance Battalion of the Combat Aviation Brigade.

All three girls say that the institution provides a structure for success.

“They teach you how to fail so they can figure out what you’re good at so they can help you discover where you need to work to succeed,” June Alyxandra said.

Jeilyn says that West Point presented many challenges physically, academically, and in terms of time management. “However, the one thing where we never struggled with was the character and moral values because our mother raised us. She taught us character. She taught us courage.”

“Resilience!” Jasmyn interjected. “She taught us resilience! So when we did fail, we would always get back up.”

“Education is very important to our family,” Jeilyn added. “So are the values of duty, honor, country. What’s astounding about my mom is that she took those values and she raised us with them. So going into West Point, when people found out our mother was a lieutenant colonel in the Army, people looked at us like these West Point Simbas.”

“Yea, like we grew up low crawling to breakfast,” June Alyxandra interrupted with a laugh.

June says that while there have been many lessons for the girls, education remains at the heart of her family’s priorities.

“One thing my mother would always say is that the key to changing your life, the key to elevating yourself and your family, and [taking] your legacy to the next level is always making sure you have an education. Once you get that piece of paper, it can never be taken away from you,” June concluded.