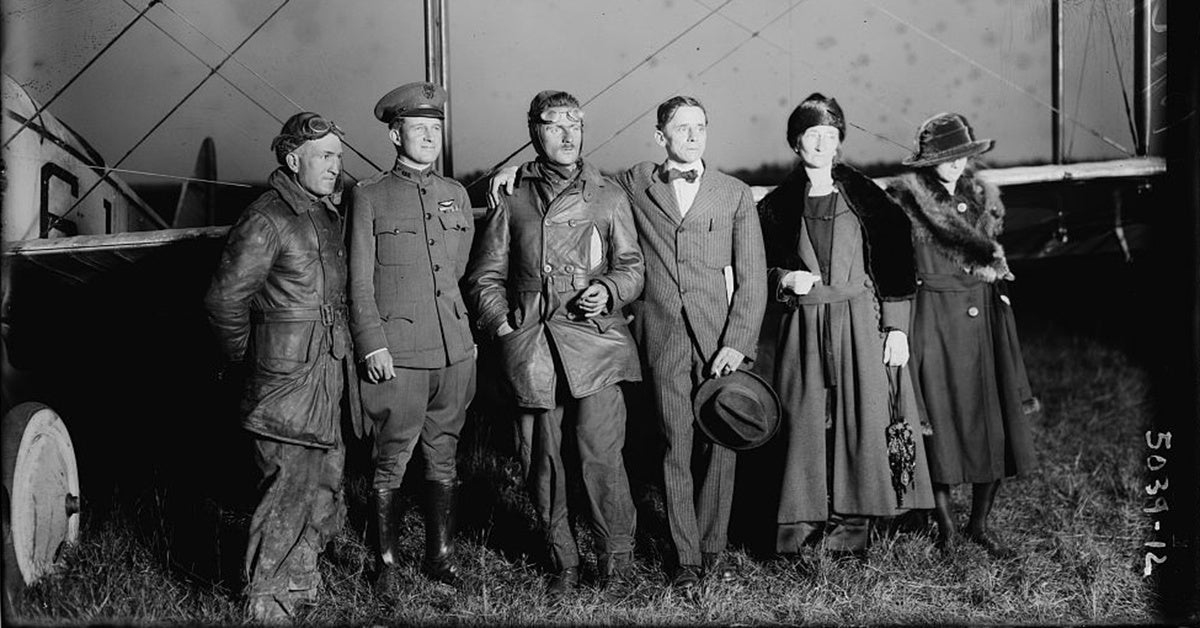 He would later be the first top officer of the independent U.S. Air Force, a job he earned partially by leading the Allied air forces against Germany and Japan, but in World War I Carl Spatz was just a captain in charge of America’s aerodrome in France. So, when his bosses tried to order him home near the end of the war, Spatz begged for a week at the front and used the time to shoot down three German planes.

(Spatz would change his name to Spaatz in 1937 at the request of his family to hide its German origin and to help more people pronounce it properly, like “spots,” but we’re using the earlier spelling here since it’s what he used in World War I.)

Spatz’s main job in World War I was commander of the 31st Aero Squadron, and building up the aerodrome at Issoudun where American flyers trained on their way to the front. This was also where large amounts of repair and logistics were handled for the small but growing American air service.

The job was important and indicated a large amount of trust in Spatz, but he hadn’t gone to West Point and commissioned as an infantry officer in order to watch everyone else fight wars while he rode a desk.

For most of the war, he did his job dutifully. He led the improvements at Issoudun Aerodrome that turned it from a mass of hilly, rocky mud pits that broke plane after plane to a functioning air installation. But that meant that he facilitated the training of units like the 94th and 95th Aero Squadrons and then had to watch them fly off to combat without him.

American pilots spent most of 1917 traveling to France and training, but the 94th Aero Squadron launched its first hostile mission in March 1918, and U.S. pilots were off to the races. Over the following six months, some American pilots were lost in a single day of fighting while others became ace-in-a-day or slowly racked up kills.

All the while, Spatz stayed at Issoudun, doing work.

So when Spatz was ordered to the U.S. around late August 1918, he begged for a week on the front in France in order to get a little combat experience under his belt before returning home. That request was granted, and he went to the front in early September as a recently promoted major.

But in the first week, Spatz saw little combat and achieved no aerial victories, so he stuck around. He stuck around for three weeks, volunteering for missions but failing to bag any enemy pilots. But then, on September 26, he knew that an aerial attack was going down at Verdun and he asked to stay on duty to fly in it.

He went up on a patrol across enemy lines and took part in an attack on a group of German planes. The fighting was fierce, and Spatz was able to down three German planes in fairly quick succession. But even that wasn’t enough for Spatz once he had some blood on his teeth, and he gave chase to a fourth German plane fleeing east.

This was a mistake. Spatz flew too far before realizing that the rest of the friendly planes had already turned around because they were at bingo fuel. Spatz didn’t have enough gas to get home. But, despite his mistake, Spatz was still a disciplined and smart officer, and he went to salvage the situation as best he could.

He set himself up to get as far west as possible before his engine ran dry, and then he coasted the plane down to the ground, managing to crash into friendly territory, preventing his capture and allowing his plane to be salvaged.

For his hat trick, Spatz was awarded the Distinguished Service Cross. He would spend the interwar years advocating for air power while bouncing through between captain and major as the Army raised and lowered the number of officers who could be at each rank.

But in World War II, he quickly earned temporary promotions to major general and then lieutenant general. After the war, he was promoted to general and then appointed first Chief of Staff of the U.S. Air Force in September 1947.