What happened when two Civil War flag bearers fought each other 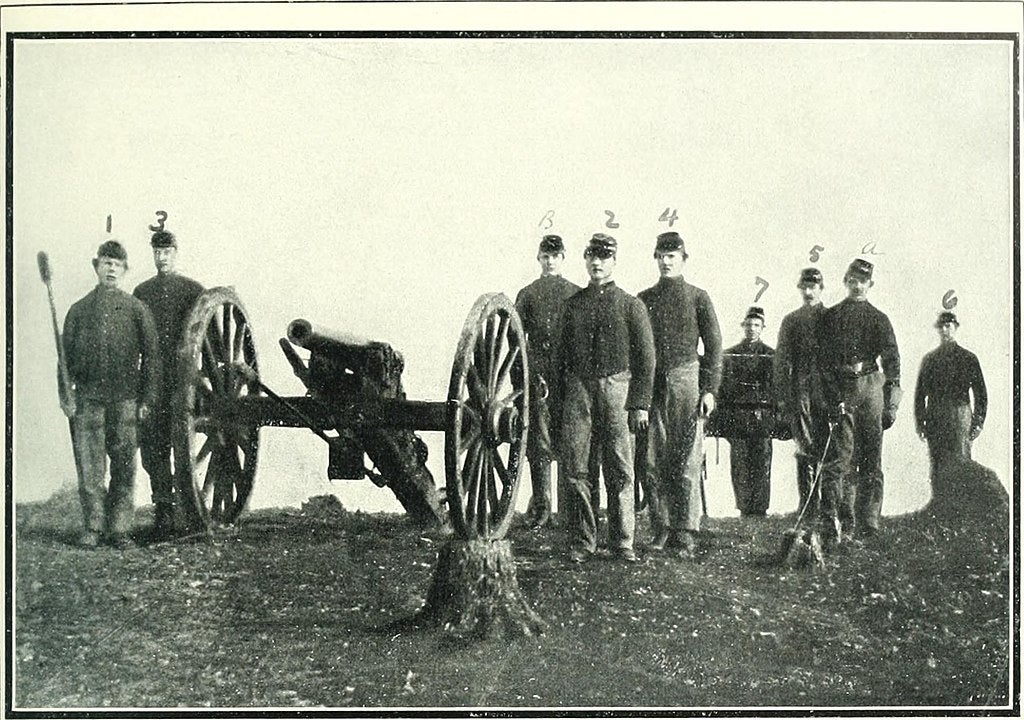 "A gun and gunners that repulsed Pickett's Charge" (from The Photographic History of the Civil War). This was Andrew Cowan's 1st New York Artillery Battery.

It was the third day of the Civil War’s Battle of Gettysburg. Everyone involved in this Southern invasion of the Union knew how critical a victory would be for either side – and everyone was willing to risk everything to get the upper hand. That’s when Confederate Gen. Robert E. Lee ordered Lt. Gen. James Longstreet to charge the Union lines and take Cemetery Hill from Union Gen. George G. Meade.

Among the Union defenders was Joseph H. DeCastro – and he was about to become the first Hispanic Medal of Honor recipient.

DeCastro was the flag bearer for the 19th Massachusetts Infantry, a job that was arguably one of the most important in any unit. Troops put a lot of faith on their flag and the man who held it. They would give their lives to protect their regimental flag, and there were few humiliations worse than losing the unit colors to an enemy. In practical use, the flags told the men attached to those units where they were on the battlefield. When they couldn’t hear commands over the din of the fighting, they would still be able to see their colors.

For the flag bearers, the job was an incredibly important honor. Walking the battlefields unarmed, the color bearers could never run away from the fighting and always had to be in front towards the enemy. If the colors broke and ran for safety, the rest of the entire unit might instinctively follow. This is why Joseph H. DeCastro was so brave: He spent the entire Civil War as a bright-colored, slow-moving artillery target.

But the flag bearer for the 19th Virginia infantry didn’t know that. So when Pickett’s Charge slammed right into the Union lines near Cpl. DeCastro’s position, the two unarmed flag bearers began to go at it like everyone else in the melee around them. DeCastro used the staff of his regimental flag, knocked out the opposing flag bearer, stole the 19th Virginia’s flag, and then left the battlefield to present it to Gen. Alexander Webb. Webb remembered the event:

“At the instant a man broke through my lines and thrust a rebel battle flag into my hands. He never said a word and darted back. It was Corporal Joseph H. De Castro, one of my color bearers. He had knocked down a color bearer in the enemy’s line with the staff of the Massachusetts State colors, seized the falling flag and dashed it to me.”

DeCastro then went right back into the fighting at Gettysburg, again taking up his position as regimental flag bearer in the fighting. He would survive Gettysburg and the Civil War, but not before being awarded the Medal of Honor for his courageous capture of the enemy’s colors in the middle of a battle that became well-known as the Confederacy’s high water mark, in a victory that ensured the Confederate Army could never again mount an invasion of the North, that sealed the South’s fate forever.