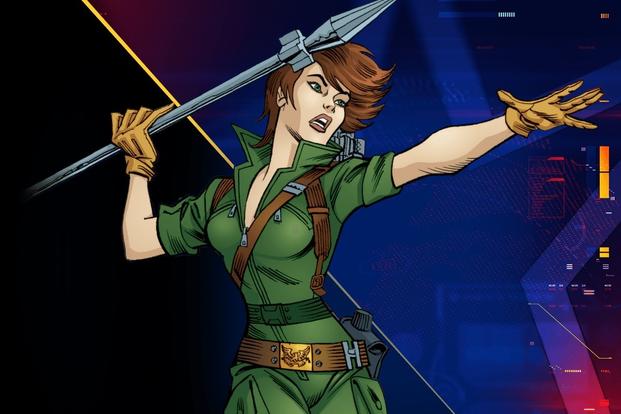 Amazon Prime Video continues its commitment to action series with plans for a show based on the G.I. Joe character Lady Jaye, an Airborne- and Ranger-qualified covert operations specialist. The character previously appeared in the 2013 movie “G.I. Joe: Retaliation,” where she was portrayed by Adrianne Palicki.

If you’re confused by this announcement, you’re probably on the wrong side of the G.I. Joe generational controversy. Anyone who grew up with the 12-inch-tall action figure whose tools were based on real military gear is bound to be baffled by the universe of weirdness that came with Joe’s 3.75-inch relaunch in the 1980s.

Lady Jaye first appeared in 1985, during the era when G.I. Joe was fighting cartoon enemies like the Cobra Commandos, whose ranks included Raptor, Serpentor, Major Bludd and Zartan. His allies were a motley crew that featured Hardball, a former baseball player who insisted on wearing his old uniform as part of his combat gear; Ice Cream Soldier; Metalhead, who blasted a hard rock soundtrack as he went into battle; and Chuckles.

Marvel Comics was at a creative low point when it devised these characters for the G.I. Joe cartoon series. When Paramount tried to revive the character a decade ago, it loosely based the “G.I. Joe: The Rise of Cobra” and “G.I. Joe: Retaliation” movies on the ’80s universe while significantly dialing down the dumb factor.

How will Lady Jaye be portrayed in the series? Will the producers aim for the kids market or make something more realistic for the adults who watched the cartoons back in the old days?

The Lady Jaye series will be created by Eric Oleson, who was previously head writer and executive producer for the Philip K. Dick-inspired series “The Man in the High Castle.” Skydance, the production company behind the Jack Ryan and the upcoming Jack Reacher series, is the studio behind the new series.

Can Lady Jaye carry a series on her own? Is this the first step in developing a Marvel-style universe that will ultimately bring us a “Hardball vs. Serpentor” movie? Stay tuned for new developments.