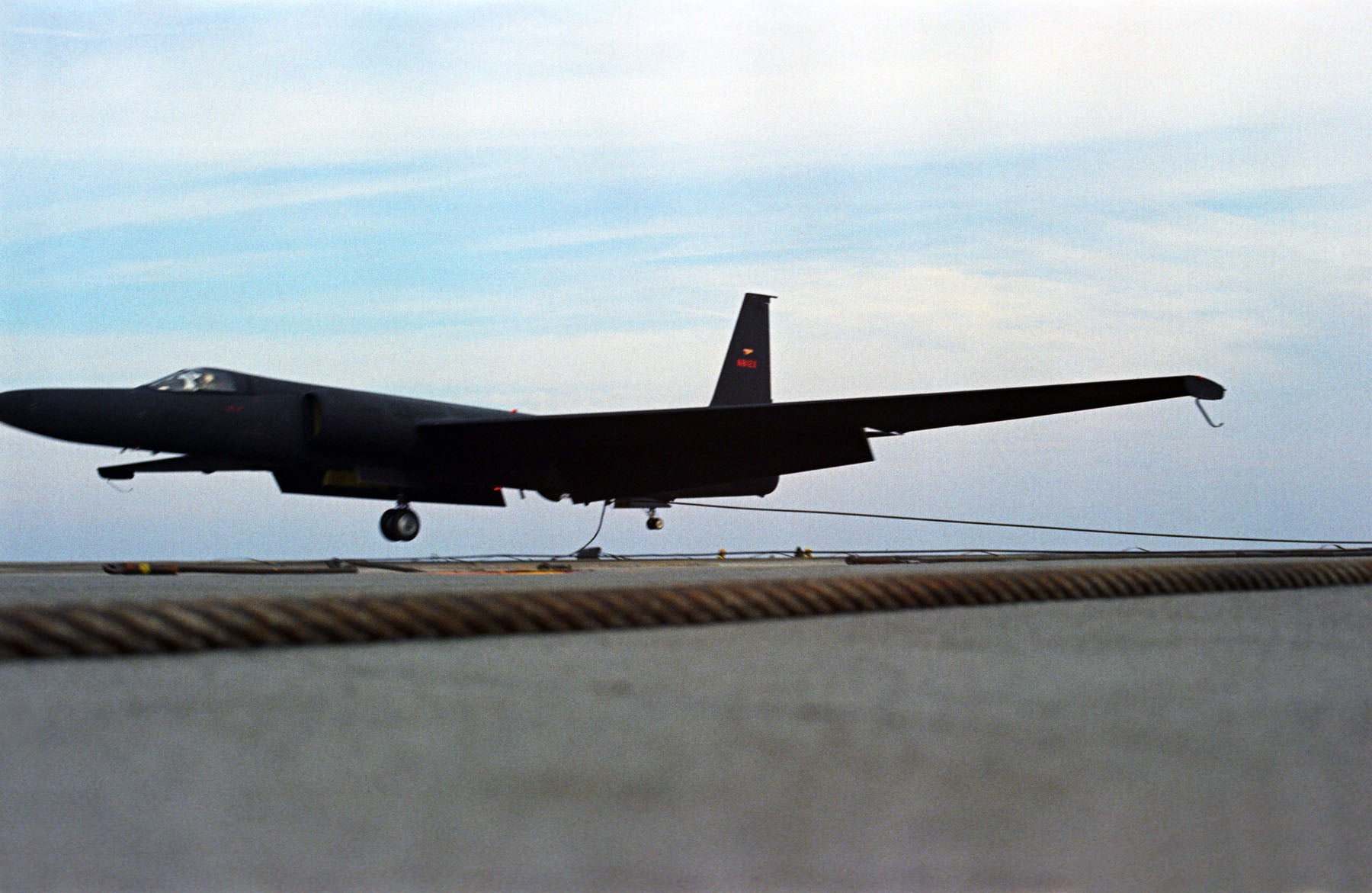 The famed U-2 “Dragon Lady” reconnaissance and spy aircraft is an icon of the Cold War still in service today. It’s crewed by some of America’s most elite pilots, and even then the finicky plane is typically landed on a large runway with the assistance of a “chase car” that coaches the pilot to the ground.

The U-2 has wheels aligned like bicycle tires and an 80-ft. wingspan, forcing pilots to carefully guide the plane down the runway just to keep from accidentally banging the tips into the asphalt and ruining the plane.

That’s why it’s so crazy that a group of Air Force and CIA pilots and crew tested the U-2G, a modified version of the spy plane, and certified the Dragon Lady onboard the aircraft carrier USS Ranger.

After CIA pilot Francis Gary Powers was shot down over Soviet airspace during a flight from Pakistan to Norway, it became harder for the State Department to convince allies to allow U-2s to be based in their countries.

To get around the sudden restriction in land bases willing and capable of handling the planes, the CIA decided to test the possibility of deploying the U-2s on Navy aircraft carriers.

The USS Ranger was selected for the top-secret tests which went surprisingly well, but the only declassified mission of a U-2G launched from a carrier took place in the South Pacific where two Dragon Ladies flew from California to Hawaii to the USS Ranger.

The Ranger delivered the U-2s to a launching point, and the planes sampled the air around the test site to learn more about French nuclear efforts.

See more touch-and-go landings from the USS Ranger trials in the video above.