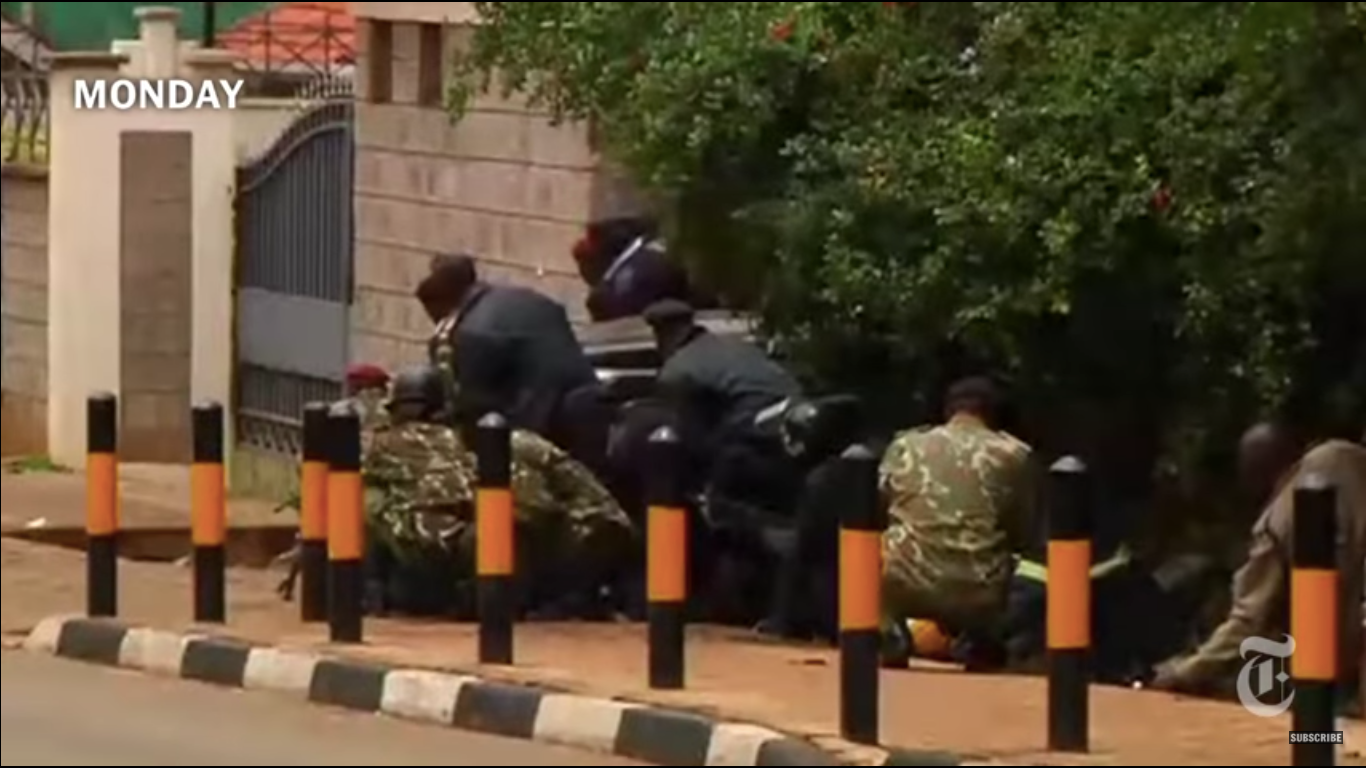 In September, 2013, four masked men entered the Westgate Shopping Mall in the Kenyan capital of Nairobi. In the terrorist attack that ensued, 71 people died, including 62 civilians, five Kenyan troops, and the shooters themselves. More than 200 others were wounded in the attack, which included the collapse of a significant part of the building after a three-day siege. Caught in the attack were oil workers from an international firm who stopped for lunch.

That firm’s security service just happened to include an ex-Special Air Service operator and a former Irish Ranger. The two men weren’t in the mall, but they immediately began to organize a rescue operation.

The oil company’s staff were in a second-floor sushi restaurant when their security personnel back at the office learned of what was originally reported as a robbery. Given their background, the two men (their names were never given) immediately identified it as more – it had to be a terrorist attack. They were right. That day, four militants from the Somali terror group, al-Shabaab, infiltrated their way into Kenya and into the mall carrying assault rifles and grenades. The two men headed over to the mall to rescue their embattled comrades.

In their first efforts to get into mall via basement delivery ramp in the parking garage, they ran into a hail of bullets and were forced to double back. On their way back, they ran into 100 people cowering behind an armored car. They rallied the civilians and helped guide them to the safety of the main road in front of the mall. As they exited, they could see bloody hands waving for help as shots were fired on the roof of the car park. The hand disappeared into a mall coffee shop. The SAS veteran enlisted two Kenyan plainclothes policemen and two Kenyan policemen with assault rifles to help them attack the fire escape.

When the six men arrived at the coffee shop, they found 20 dead and 100 more sheltered in place. As one of the officers watched the stairs, the men persuaded the others to climb down the fire escape. There was a “bloodbath” in the adjacent car park rooftop. As the civilians went down the fire escape, the 18-year SAS veteran and the Irish Ranger split up. The SAS operator went out onto the rooftop as the Ranger continued on toward the sushi restaurant where his charges were held.

The SAS paired injured people with the uninjured to hasten their retreat and covered the bodies of the dead. Meanwhile, the Ranger had come under fire from the militants, and his two Kenyan policemen returned fire. He bolted toward the restaurant, where he found the oil company staff hiding in a storeroom, then convinced them to race back to the coffee shop while the policemen held the terrorists at bay. The two men reconnected in the cargo area, hustling the oil company’s staff into a company car. With their charges safe, they pleaded for the Kenyan police to assault the car park, but were rebuffed. The police were waiting on a SWAT team and would not advance without them.

The Brit and the Irishman couldn’t wait. With the help of a uniformed Kenyan soldier and a Sikh civilian who had already escaped the mall, they went back into the fray. They found a Red Cross ambulance that was struggling to remove the dead and wounded people from the roof of the car park. The men worked for an hour with the emergency medical personnel before doctors could arrive. They were about to leave when they got a text from another friend inside the mall.

They went in to retrieve him, too. The three remaining men exited via the trusted route of the fire escape just three hours after the terror attack began. The men rescued all of their personnel and friends, along with hundreds of trapped civilians, aided in the triage of the wounded, and exited the danger zone without any injury to themselves. By the time they left the mall, the police had still not cordoned off the local area. The siege of the mall would last almost two more full days.