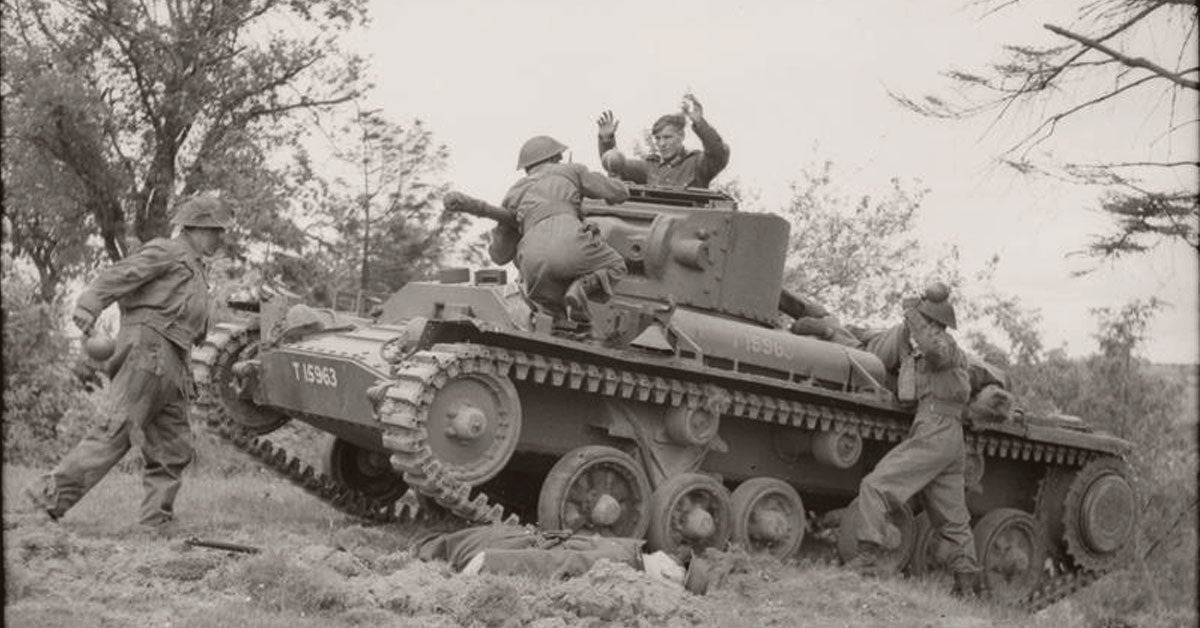 From a video game standpoint, it makes sense: A weapon that racks up in-game kills without the hassle of managing a frag grenade bouncing all over the place. Even in Saving Private Ryan, quickly improvising a sticky bomb to take out a tank proved how smart Tom Hank’s Captain Miller was in battle. In actuality, sticky grenades did exist, but were far more headache than help. Meet the British Anti-tank No. 74.

They weren’t used against infantrymen like video games would have you believe, though. Packing 1.25 lbs of nitroglycerine along with another pound of plastic and glass meant that the boom from real-life sticky grenades would only destroy things that are stuck to it.

As such, the British No. 74 was designed as an anti-tank weapon that troops would break out of its casing, throw (or, more likely, just walk up and plant), and, five seconds after the lever is released from the handle, boom!

As for the “epic sticky grenade throws” you see in Call of Duty — still no. The most common concern with the No. 74 was that once you take it out of the protective casing that conceals the stickiness, you’ve armed it. Everything that it sticks to is now going to be destroyed. Meaning that if it stuck to your clothes or anything around you, you need to remove whatever it’s stuck to without letting go of the lever. If the lever was released… you’d better get as far away from it as you can in five seconds or else… boom!

To make matters worse, they traveled terribly. The inside was made of glass, so if it cracked in transit, the explosive would leak. If the leaked explosive got just a tiny amount of friction… you guessed it: boom!

Even if the handling, arming, and tossing of the grenade all went perfectly, it still may not work as intended. If the Brit managed to get close enough to toss the 2.25 lbs grenade at the German armor, which was usually surrounded by ground troops, tanks were always covered in things that the grenade had trouble sticking on: Wet surfaces and dirt.

Despite being having over 2.5 million sticky grenades produced, it rarely saw as much use as it does in pop culture.

To see the No. 74 in use, watch the old training video below: