The ultra-rare Marine Corps uniform accessory you may never see 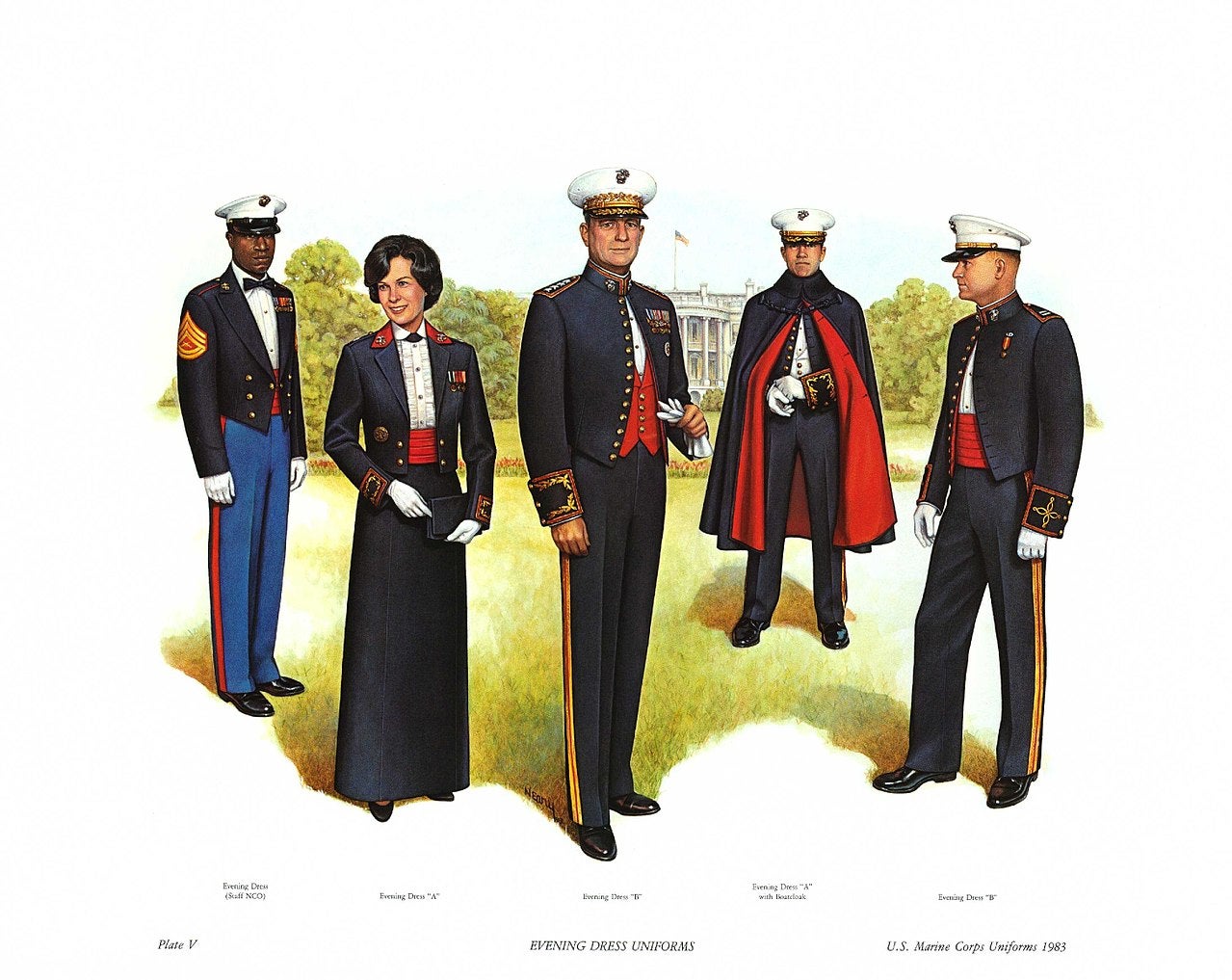 From the point of view of an airman who (in the right town) could be mistaken for a Coastie while wearing my dress blues, I have to say: Marine Dress uniforms have no equal. I totally get why people join the Marines just for the dress blues.

After a few years in the military and a few years in military-oriented media, I thought I had seen every uniform there was. That’s when I saw this guy:

This was surprising to me because I continually make fun of the movie Basic for depicting Samuel L. Jackson’s Army character wearing a cape. But I wasn’t the only one who was perplexed by this. In 2016, a Quora user asked Marines what that cape was.

For those not in the know, the Marines in the top photo are “pretty much wearing the same mess dress uniform” and the cape is a somewhat antiquated, but still on the books, accessory: the Boat Cloak.

Boat Cloaks are a made-to-order item that can cost upward of $1,000 at the NEX/MCX. One former Master Gunnery Sergeant recalled seeing one worn by a Chief Warrant Officer 5 at a Marine Corps ball. The Master Guns described the look as “magnificent.”

It’s difficult to find exact regulations for the Boat Cloak, but it looks like there are different versions for the Senior NCOs and Officers. As of 1937, it was still a required item for officers.

Get your Boat Cloak at the Marine Shop for $650.00. If you wear one to any mess dress-level function, please send photos to We Are The Mighty.