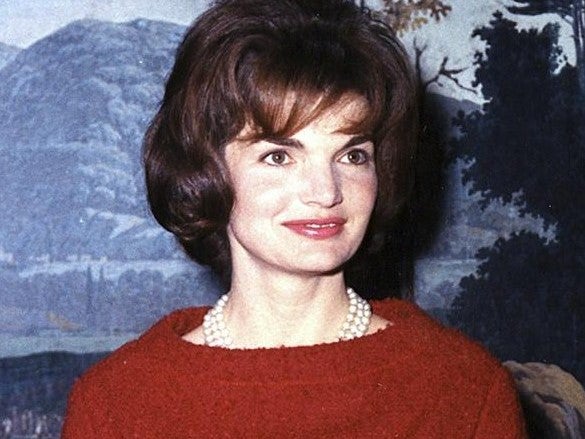 Long before she sat as First Lady of the United States, Jackie O was a style icon in her own right. Known for elegant wear and redefining outfits of the time, she changed the way clothes were worn and what we viewed as popular. She even worked at Vogue as a style editor prior to her marriage to JFK. This was only the beginning of her gig as a nationwide fashion trailblazer though. Even today, decades later, she’s still known for her key additions to dressing elegantly. Power suits, pillbox hats, and including elegance and a fully polished look at every turn.

Take a look at these little-known facts about her style, and the statements her fashion choices made to the American people.

Compared to fashions of decades past, Jackie O went for a more streamlined look. This allowed those of all budgets to copy her style of wear. While flowing fabric dresses were expensive, A-line models were far more affordable. In addition, at the time a pillbox hat — a common Jackie staple — sold for under $4.

Most often Jackie was seen wearing Oleg Cassini, and American designer who custom-made her clothes. After viewing European fashions, she would write countless letters to those on her styling team, including her personal shopper at Bergdorf Goodman, Marita O’Connor, who received sketches and descriptions of hats and shoes to accentuate her personalized outfits.

However, she didn’t always get a final say in what she wore. Most notably, with her wedding gown. JFK’s Dad, Joseph Sr., deemed it too casual, and worked personally with the dress’s designer to make it more formal. Jackie is said to be self conscious in the formal gown, but it ended up being one of the biggest fashion icons of the time.

Perhaps Jackie O’s most famous look came with the pink bouclé suit — you know the one. It’s the outfit she was wearing during President Kennedy’s assissanation. Today, it’s displayed — still stained with blood — as part of American history. However, the origin of the suit before that fateful day has a unique history in and of itself.

First, Jackie was seen wearing it in public six times (at least) prior to the assissination. This is interesting as today, famous faces often retire clothing after a single public appearance. In addition, the suit was likely Chanel, but can’t be confirmed.

The French brand is said to have provided the design and materials for a suit they made in their own fashion house in France. They sent the items to Chez Ninon, a New York dress shop, which reportedly recreated the suit.

The reason she didn’t wear Chanel itself is due to political backlash. She had previously received negative remarks for wearing non-American designers. Some went as far as to say that her sporting them provided anti-American attention and affiliation with countries to whom there were ongoing tensions.

After her White House stint, Jackie O was able to branch out and wear different, international brands. Because she was so well-liked across the globe, she was offered clothes by many fashion icons of the time.

Just prior to her wedding to JFK, Jackie’s wedding dress was destroyed when a water pipe burst — just 10 days before the big event. The dress’s artist, Ann Lowe, who was the first notable African American fashion designer, recreated a second version from scratch. Ivory French taffeta had to be shipped in, with an addition of a pastel pink silk skirt that held three layers of petticoats. It also boasted a fitted bodice and a bouffant skirt that held more than 50 yards of flounces, or swinging fabric. Ann and her staff worked round-the-clock to remake the dress and bridesmaid dresses. Allegedly, Ann never told them about the recreations, even though she came out of pocket to recreate the outfits.

Another iconic look Jackie O made popular was wearing large sunglasses. She’s quoted in saying that wearing them afforded her some additional privacy, and allowed her to people watch without being seen. It’s reported she kept several pairs within reach.

That big hair that was always in check? It was performed by hairstylist Kenneth Battele, who is also known for styling Marilyn Monroe’s blonde locks. Jackie regularly topped her teased look with a pillbox hat, or a head scarf when dressing “down” in more casual clothes.

Other trends she spurred into action: accenting dresses with bows, wearing strapless gowns — a move that was considered eccentric and daring at the time, and wearing long white gloves with her dressier outfits. She also often wore capes rather than coats on cold days.

First Kids John and Caroline were often seen wearing outfits that matched their mother. Colors and styles were repeated with their wear, usually at public events. This also spurred trends in kids clothing, including matching shoes and overcoats for those of all sizes.