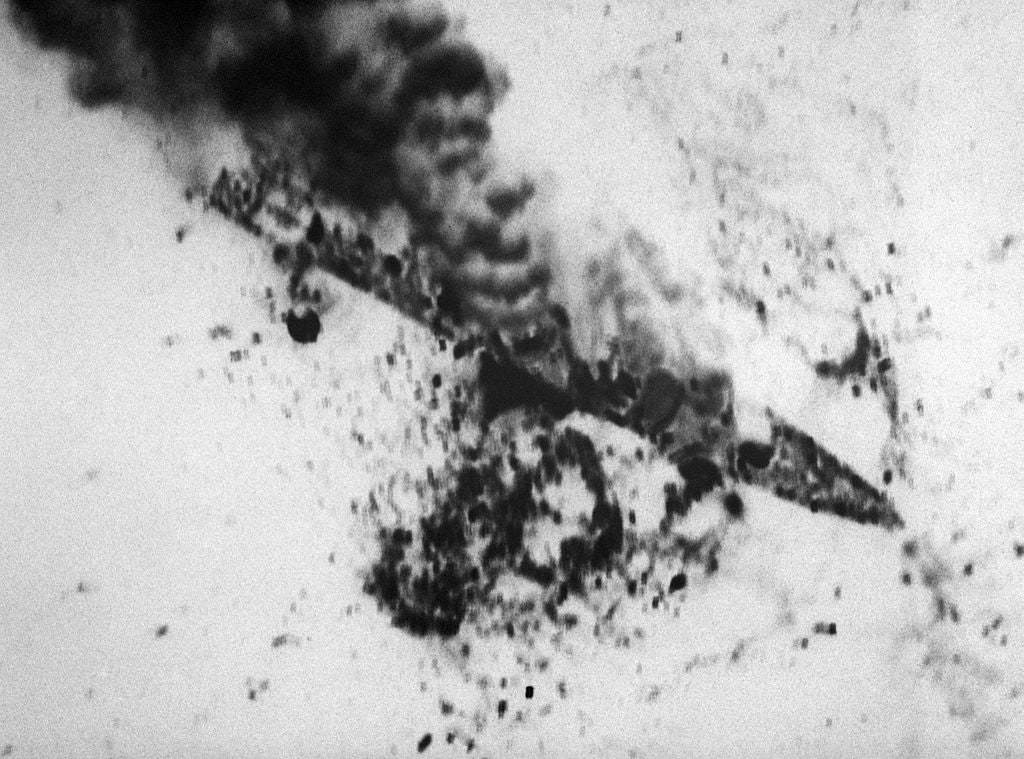 An aerial view of the Iranian frigate IS Sahand (74) burning on 18 April 1988 after being attacked by aircraft of U.S. Navy Carrier Air Wing 11 in retaliation for the mining of the guided missile frigate USS Samuel B. Roberts (FFG 58).

When the last Perry-class frigate, the USS Simpson, lowered her flag for the last time in 2015, it left only one ship in the active fleet which sank an enemy in combat. The USS Constitution sank an enemy ship, the British HMS Guerriere, during the War of 1812. The target sank by the Simpson was much more recent than that. She sank an Iranian patrol boat in the Persian Gulf in 1988.

There are just no more deepwater targets threatening the American Navy these days.

In 1988, the war between Iran and Iraq was winding down but could still break out in hot spots here and there. But the Iranian Navy’s most intense battle of the war came against the U.S. Navy, not Iraq’s. For the United States, it was the most explosive surface battle it faced since World War II. When the USS Samuel B. Roberts struck a mine in the Persian Gulf, the Navy launched Operation Praying Mantis, a massive retaliation that destroyed half the Iranian Navy and a number of the Islamic Republic’s oil drilling platforms.

The cost to the U.S. Navy was just two Marines, who died in a helicopter accident that day.

It was a long day for the Islamic Republic of Iran’s Navy. U.S. Marines were raiding oil platforms with precision that would have made Chesty Puller proud. Naval aviators were dropping precision bombs down the enemy’s smokestacks. It was a free-for-all as the United States just unleashed the full power of the Navy in the Gulf. Frigates, gunboats, speedboats, and more all became target practice.

One of those targets was the Joshan, a Kaman-class fast attack craft that decided to run head-on against an entire surface action group. By itself.

Yeah, they all died.

Joshan engaged the USS Simpson and USS Wainwright after the latter ship’s skipper warned the Iranians that further movement would cause for the Americans to sink her. Her response to the warning was to fire a harpoon missile at the ships. Wainwright and Simpson evaded the missile using chaff and then turned their attention back to the Iranian gunboat.

It only took four missiles from the Oliver Hazard Perry-class missile destroyers to put the Joshan at the bottom of the Gulf.