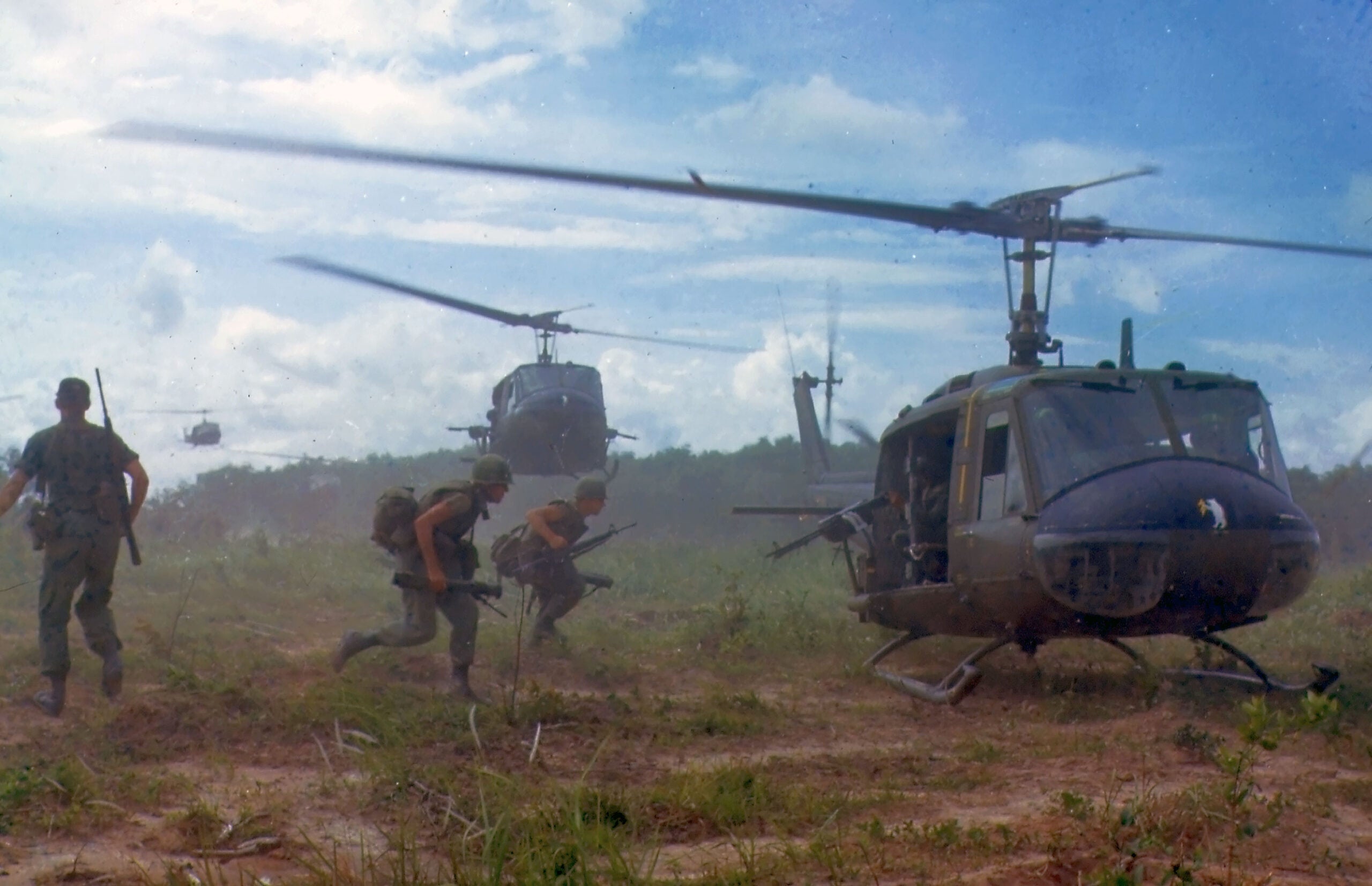 We all know movies tend to get a lot wrong about the military. Uniform items, tactics, and even people from history get mixed up, dropped, and/or lost along the way. But Hollywood also glamorizes a lot of what the military is and what military life is like. If we were to actually live by Hollywood war movie standards, military life would be all yelling, push-ups, and constant field training.

Who would do all the paperwork? Some salty staff NCO who will always be complaining about all the paperwork he has to do. Well, they got that part down. Here are six things Vietnam veterans really did that you’ll never see in the movies.

Yeah, the military still has this detail. But whenever you hear the telltale sounds of Hueys over the music of Creedence Clearwater’s Fortunate Son, the newly-deploying troops are always headed to some very green, very loud base filled with troops who are grilling out and kitting up to go on a search and destroy mission. These new privates are given their marching orders to go out on a combat patrol immediately, even though they’re still green. When (if) they get back, they get time to sit in the bunks and chatter.

No. While they were gone, the REMF NCOs made quick use of that grilled food. It’s time to do the private’s work. Here’s your diesel fuel, Tom Cruise. A lot of Vietnam vets say that’s the newcomer’s first work detail.

Remember when Forrest Gump was busy rescuing Bubba from the oncoming wave of napalm that lit up the Vietnamese in the area? He barely made it out alive. What great, gripping action. The enemy was subdued, Forrest and Lt. Dan were safe, and Forrest could go on honoring Bubba and his family.

What they don’t show is probably the Beehive anti-personnel rounds that lit up the area before the napalm was dropped. After the NVA or Vietcong are pinned to trees by exploding flechettes, it’s pretty hard for them to escape the area before the napalm comes in. Some private is going to get sent to count just how many charred bodies are attached to trees. It ain’t pretty, but it happened.

When an allied troop dies, someone needs to take care of the body. That’s a junior enlisted job. In places like Saigon and in field hospitals, dead ARVN troops were bagged and moved from hospital to mortuary to burial details – really quickly if the troops were lucky. If they were unlucky, they were moving heavy, dripping bags or bodies that reeked of death and decay and were often filled with maggots.

That’s a smell you won’t ever forget, vets say.

Isn’t it awesome to see a competent, intelligent, squared away officer like Lt. Dan Taylor leading American fighting men into combat? Throughout Forrest’s entire time in Vietnam, Lt. Dan led them through rice paddies, jungles, and other terrain, clearing tunnels and destroying outposts. Sure, he also led them into an ambush, but sh*t happens, and then it’s burnt to a crisp – just like that ambush.

But Lt. Dan doesn’t represent every Lieutenant who came to Vietnam. Vietnam vets remember new officers showing up to tell seasoned troops how to do their jobs, even if it was wrong or if the officer was unable to read maps.