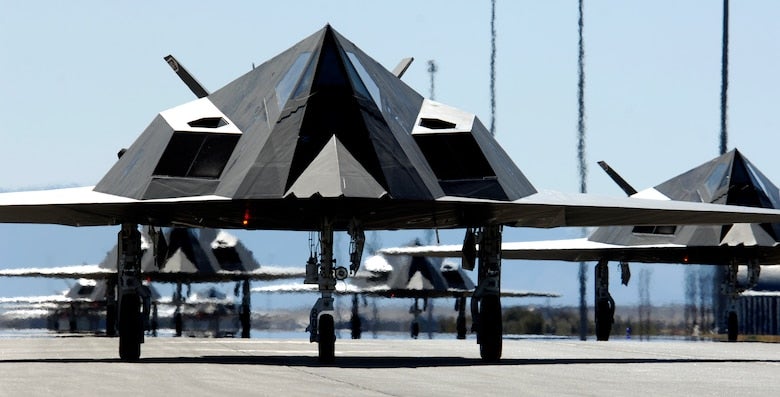 In October of 1983, the world’s first operational stealth aircraft took to the skies under cover of both physical and metaphorical darkness. This new jet, dubbed the F-117 Nighthawk, would revolutionize America’s approach to air warfare, pivoting away from the higher and faster mantra that had dominated much of the Cold War, and toward the doctrine of stealth. As of its introduction in 1983, being sneaky became more important than being powerful in military aviation. While this technical frontier was first explored by the U.S. Air Force, by the time the Nighthawk was on duty prowling the sky, the U.S. Navy wanted a stealth platform all their own.

Eventually, Lockheed would pitch the idea of a significantly more capable F-117N Seahawk, based on their first-of-its-kind Nighthawk. But the Seahawk wasn’t the Navy’s first pass at a carrier-capable stealth attack aircraft. Ten years before the Seahawk proposal would reach Navy desks, the Navy was already getting started on their Advanced Tactical Aircraft (ATA) program. The ATA initially sought to replace the Grumman A-6 Intruder by the mid-1990s. The Intruder had been in service for the U.S. Navy as a ground attack platform since 1963, and the Navy saw a replacement program as the perfect opportunity to get into the stealth game.

On 13 January 1988, a joint team from McDonnell Douglas and General Dynamics was awarded a development contract for what was to become the A-12 Avenger II, not to be confused with Lockheed’s proposed A-12 of the 1960s, which sought to arm an SR-71 sibling jet with air-to-air weapon systems. Once completed, the Navy’s A-12 would have been a flying wing-design reminiscent of Northrop Grumman’s B-2 Spirit or forthcoming B-21 Raider, though much smaller.

A new aircraft for a new approach to air warfare

Intended to serve aboard carriers, the A-12 Avenger II was to be slightly more than 37 feet long, with a wingspan of a few inches more than 70 feet. These dimensions would have made the A-12 significantly shorter than the nearly 55-foot-long Intruder, while boasting a far wider wingspan that extended just far enough to allow two A-12s to sit side-by-side on adjacent catapults on a carrier flight deck. In fact, the A-12’s wingspan would have even dwarfed the F-14 Tomcat’s extended sweep-wings by a good six feet.

Although the A-12 Avenger II utilized a flying wing design, its overall shape differed from the triangular B-2 Spirit under development for the Air Force. The sharp triangular shape of the A-12 eventually earned it the nickname, “the flying Dorito.“

Despite the width of the A-12 Avenger II, however, the aircraft itself was only meant to carry a comparatively small 5,150 pounds of internal ordnance, which would outperform the Nighthawk’s paltry payload of just two 2,000 pound GBU-27 laser-guided bombs, but was nowhere near the 18,000 pounds offered by the Intruder.

However, like modern stealth aircraft in operation today, the A-12 Avenger was never intended to scream into the fight with its teeth bared. In the minds of many defense officials, its ability to strike targets without warning in highly contested airspace was more useful than a massive payload. In yet another example of how military aviation was rapidly changing throughout the Cold War, blanketing an area with munitions was no longer considered the most effective means of engaging the enemy. Instead, stealth combined with highly accurate precision munitions would allow the A-12 Avenger II to surgically strike enemy targets where it hurt most.

Despite clearly serving in an attack capacity, Lockheed’s F-117 Nighthawk had been given the “F” designator (and the informal moniker of “stealth fighter”) intentionally. The F-117 possessed no air-to-air capability whatsoever–a defining characteristic for a “fighter” aircraft–but Air Force officials hoped the concept of a “stealth fighter” would attract the sort of highly-skilled fighter jocks this new attack aircraft would really need.

The Navy entertained no such chicanery in their own stealth jet, planning to saddle their new platform with an “A” prefix to demonstrate its use against ground targets despite actually having the ability to engage air targets with its two internally-stored AIM-120 AMRAAM air-to-air missiles. In other words, the A-12 Avenger II would have actually been America’s first stealth fighter.

However, the A-12 wouldn’t have been well suited for fighting the powerful and acrobatic fourth-generation fighters being fielded by national opponents like the Soviet Union and post-collapse Russia at the time. With a top speed of just 580 miles per hour and a service ceiling of 40,000 feet, this subsonic aircraft may have been armed with the missiles it would need to take down on enemy jet, but logic would dictate that it rely on stealth, rather than firepower, if enemy fighters were in the area.

Aside from its two air-to-air missiles, the A-12 Avenger II was also intended to carry 2 AGM-88 HARM air-to-ground missiles that had entered service in 1985. The AGM-88 was an anti-radiation missile, meaning it could home in on the electromagnetic waves emanating from early warning radar arrays and surface-to-air missile platforms. In other words, the A-12 Avenger II would have been able to serve in a similar capacity to today’s F-35 Joint Strike Fighters in contested airspace. The A-12 would hunt down air defense systems and eliminate them to clear the way for less-stealthy and more weapon-laden platforms that could follow.

When not on the hunt for enemy radar, the AGM-88 HARM missiles could be swapped out in favor of unguided or precision bombs for continued action against ground targets.

At one point, the Navy had plans to purchase 620 A-12 Avenger IIs, with the Marine Corps ordering another 238, and even the Air Force mulling over an order of 400 modified A-12 variants to replace their outgoing F-111 Aardvarks. It’s important to note that only 59 operational F-117A Nighthawks were ever built — so the A-12 Avenger II promised to become America’s premier stealth aircraft for years to come, with a total of 1,258 aircraft in American stables. If all of these orders had been filled, the A-12 Avenger II would have become one of America’s most plentiful aircraft, second only to the U.S. Army’s massive fleet of UH-60 Black Hawks.

For some time, it seemed as though the A-12 Avenger II program was going off without a hitch, but then, seemingly without warning, it was canceled by Defense Secretary (and future Vice President of the United States) Dick Cheney in January of 1991.

For some time, the A-12 Avenger II program seemed to be progressing smoothly, and Cheney had repeatedly reported as such when pressed about the program by Congress. The truth is, as far as Cheney knew (according to some accounts), the program did seem to be going smoothly, as officials within the Navy, the Pentagon, and both McDonnell Douglas and General Dynamics all seemed intent on sugar-coating the program’s woes.

Unbeknownst to many, the aircraft, which had yet to fly by the beginning of 1991, was already significantly overweight, 18-months behind schedule, and massively over budget.

In an article published by Air Force Magazine in April of 1991, three months after the A-12 Avenger II program was canceled, Pentagon investigators had come to place the blame on four separate and significant factors (as outlined at the time by David Montgomery):

In the years that followed, the United States government and the A-12 Avenger II’s contractors, McDonnell Douglas and General Dynamics, would go through repeated litigation over breach of contract, eventually reaching as high as the Supreme Court. In January of 2014, Boeing, which had absorbed McDonnell Douglas, and General Dynamics agreed to repay the government $200 million each for failing to meet the requirements of the initial contract.