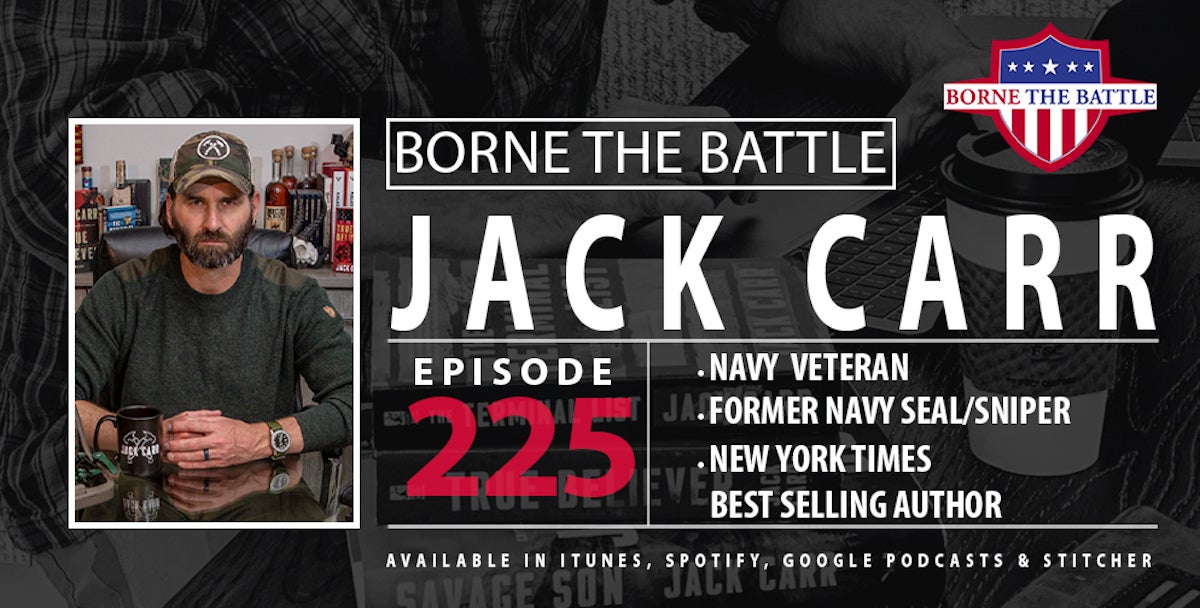 This week’s Borne the Battle episode features Navy Veteran and New York Times bestselling author Jack Carr. He discusses his dreams of becoming a Navy SEAL and author. Through his enthusiasm for reading and on military-science novels, Carr’s dreams became a reality.

Carr’s two career goals were inspired by two people. The first person was his grandfather, a Marine who fought and died during World War II. The second person was his mother, a librarian who instilled in him a love of reading. It was this love that helped him on his path to reading about and eventually joining Navy SEAL teams.

During his Navy SEAL career, Carr led special operations teams as a team leader, platoon commander, troop commander, task unit commander, operations officer and executive officer. In the interview, he shares how his military experience and travels allowed him to develop and share realistic stories for his novels.

Additionally, he shares his mindset about his military transition, tips for entering the publishing world and how combining all his previous experiences led him to publish three political thrillers. His fourth novel is scheduled to be released in April.

In addition, he supports Veterans through his own unique merchandise, where 100% of the profits go to Veteran-related charities. He is also an ambassador for the Rescue 22 Foundation. A SEAL teammate who trained a service dog for Jack’s special needs child introduced him to the foundation.

Finally, he shared the story and business behind Chris Pratt optioning his book for an upcoming series on Amazon Prime.