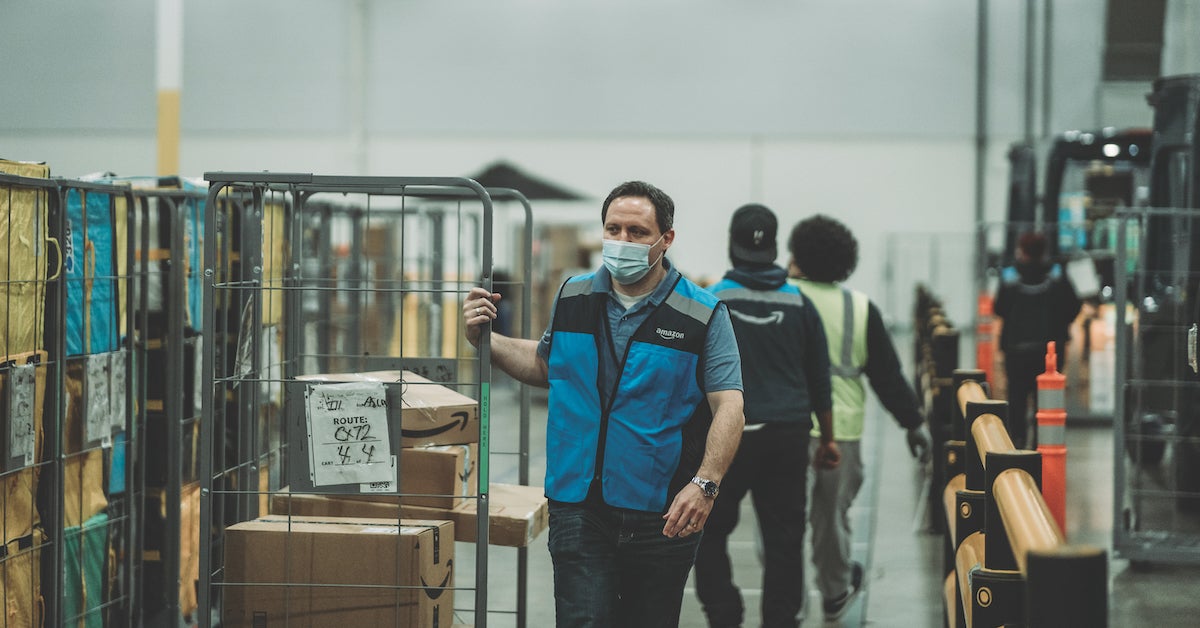 Two dreams have propelled Josh Johnson during his life: One to enlist in the military and another to own a business.

The 46-year-old former Air Force acquisitions officer from Puyallup, Washington, was inspired to pursue both dreams by male role models as he watched his dad dedicate his early years to the Army. Johnson also learned about his two grandfathers’ military experiences during World War II.

“From a very young age, I was excited about the opportunity to serve my country,” Johnson said.

He realized dream number one from 2000 to 2004, after completing his bachelor’s in business from Central Washington University. While stationed at Los Angeles Air Force Base, Johnson was working with Boeing satellite systems while also earning his master’s in business administration from California State University, Long Beach — a degree paid for by the military.

After he separated from the Air Force and gained 14 more years of experience managing operations, recruiting, and safety for transportation companies, Johnson found himself inching closer to dream number two, thanks to a friend.

“I knew it was exactly what I was meant to do,” Johnson said, referring to an advertisement his friend forwarded to him about Amazon’s Delivery Service Partner (DSP) program.

In his late teens, Johnson had watched his dad build his land surveying services from a one-man shop to a successful business. There have been ups and downs, Johnson says, but his father has always been able to succeed.

“He does it by being a man of the highest integrity and providing great customer service,” Johnson continued. “I wanted to follow in his footsteps.”

With his Air Force experience, Johnson felt confident he could thrive as a DSP owner. What he had learned most during his military training was how to lead a team. He mastered motivating people and helping them reach their full potential. Those skills assisted him in recruiting, organizing, and inspiring employees to put customers’ needs first.

With the DSP opportunity, Johnson saw an interesting way to start a business. Unlike something such as a restaurant or a chain franchise, the upfront investment wasn’t overwhelming. Plus, once he was offered the opportunity to be a part of the DSP program, Johnson was able to participate in a two-week training  and lean on Amazon for support with leasing vehicles, maintaining and repairing his fleet, processing payroll, and accessing regulatory and legal advice if needed.

“I learned that there are so many ways that Amazon provides resources for us,” Johnson said. “I felt grateful to have this opportunity to work with them as they’re growing and doing fantastic things. I tell other veterans that Amazon partners with you to provide the tools and mentorship to help make you successful. If you’re dedicated, and you use the training you got in the military, you can do well.”

In September 2018, ASLAR Logistics (named after the five Johnson children — Ammon, Shayla, Liam, Aria, and Rylan) opened with its delivery center in Sumner, Washington, about 30 miles south of Seattle. It’s one of 1,500 such small businesses that opened since Amazon started the DSP program in 2018.

In the early days, Johnson had only a few employees , while his wife, Laura, helped — making business decisions and even completing the Amazon driver training program — and managed their household. Now, Johnson oversees a staff of 90 who deliver Amazon orders to homes and businesses in the greater Sumner area.

“We’ve been able to hire truly dedicated and hardworking individuals, and I feel blessed every day to have them on my team,” he said.

Most days start with Johnson  tackling paperwork and prepping for the day. His team starts at mid-morning with a “virtual standup” meeting to keep everyone safe with social distancing and learn of any news and safety protocol updates. “Loadout” happens next, with Johnson often jumping in to load packages. As the drivers start their routes, Johnson’s dispatch team stands by to answer questions, monitor routes, and help troubleshoot.

Johnson is proud to have earned Amazon’s trust, which he says his team has done by working hard, getting packages delivered, and not returning them to the center.

Earning his community’s trust is equally important to Johnson, and he welcomed the opportunity to do so, especially in the earliest days of the COVID-19 pandemic. The beginning of that time period was like a second, surprise Christmas, with demand surging in March 2020.

“People were so scared to leave their houses, especially the elderly,” Johnson recalled. “We were able to deliver and keep them safe with social distancing and sanitizing. They could order basic necessities of life — cereal, cat food, toilet paper they couldn’t find anywhere else — without the concern of catching the virus. It helped us feel good about what we do.”

If you’re interested in learning more about the Delivery Service Partner program, sign up for more information here. Ready to apply to become a DSP? Start your application here.