Chief Eric Gilmet: A Spec Ops lifesaver’s journey, corpsman history and his toughest school - We Are The Mighty 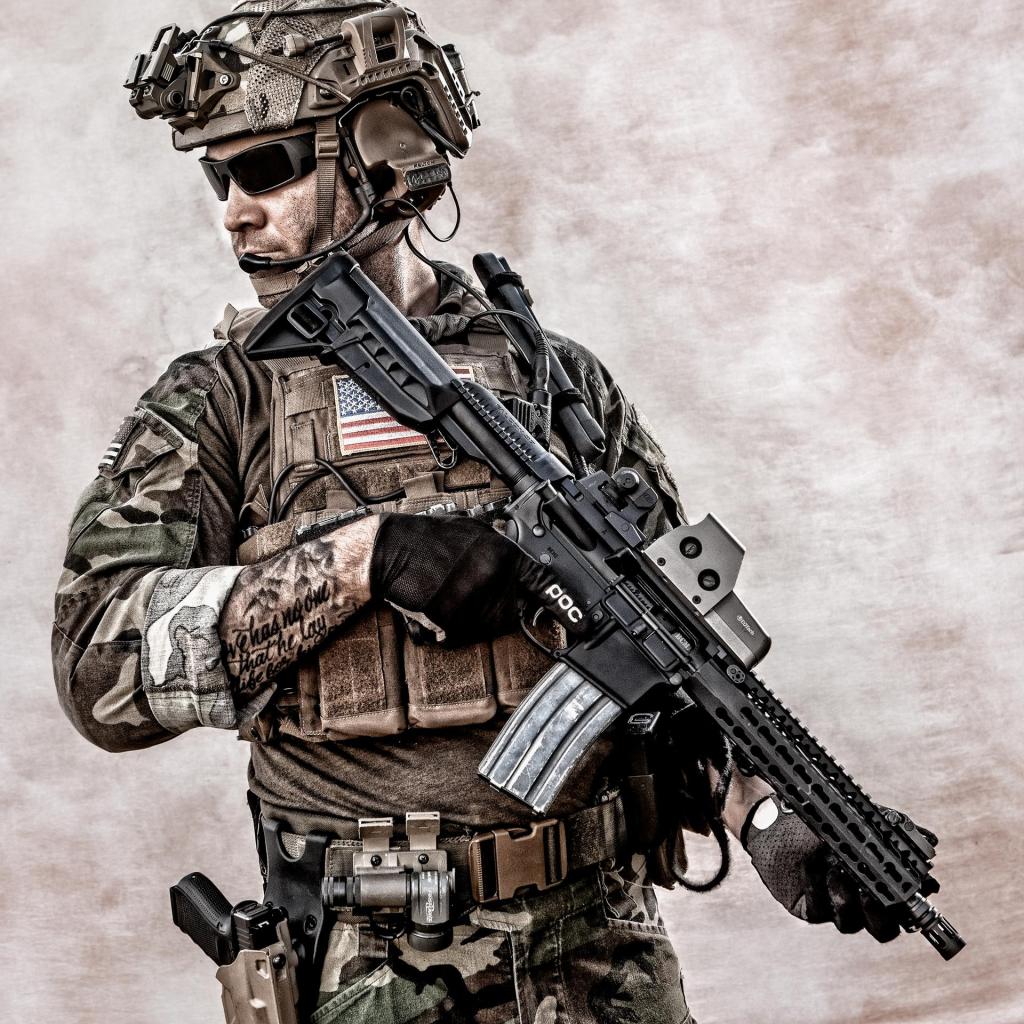 Gilmet was born in Grand Rapids, Michigan. He is married to Mindy Gilmet and they have three beautiful young children. Gilmet enlisted in the Navy on 3 September, 2002, and his personal decorations include the Navy and Marine Corps Commendation Medal with Combat Distinguishing Device, two Navy and Marine Corps Achievement Medals, and three Combat Action Ribbons.

Why did you join the military and what led you to eventually pursue being a SARC and SOIDC?

I was in my senior year of high school – about halfway through. I had already applied for college. I got accepted to Western Michigan University. Then one day there was a Navy recruiter at the school, and I talked to him a little bit and then went to the recruiting station. I’ve always been interested in medicine because my mom is in the medical field.

The recruiter told me about Navy Corpsmen and about how the military can help pay for college. Paying for college was actually one of my fears at the time. I had slacked off a lot my senior year, and I didn’t want to just go there and waste all of my money and my parents’ money.

So, I signed up that day and I went home and told my parents about it. They were kind of stunned, but either way, the whole premise was to come in, get money for college, go to college, and then eventually maybe become a doctor.

After I joined, I realized I didn’t know a lot about the military at all. When I was in basic training, our equivalent of a drill instructor talked about Corpsmen and how they can go work with Marines. I had no idea before that. I asked him what it was like and he said, “it’s a living hell” (laughs).

And for some reason that just caught my attention and that’s what I wanted to do. That really changed my outlook on what I wanted to do as far as my career. I really enjoyed being on the combat side of medicine and doing things along that line of work, although that wouldn’t come until a little later.

I was around 24 years old when I was about ready to get out of the Navy. I had already started my final physical, and something inside me was just telling me, there’s more that you need to do. And I just didn’t want to look back on my life and be disappointed that I didn’t take the opportunity to try to become a Recon Corpsman.

So, I stopped the process of getting out and reenlisted. In February of 2009 I began the Recon Corpsman pipeline and that’s how I got on the path to where I am today.

In your experience, what was the most difficult military school – or aspect of your training as a SARC or SOIDC – that most people wouldn’t be aware of?

I actually really enjoyed all the schools to become a Recon Corpsman. I enjoyed all of them. I feel like I did pretty well in most of them, but the one I struggled with a great deal was actually dive school. You know, to be able to do PT (physical training) and workout on land, it’s totally different than being in the water.

A lot of people don’t realize that it’s so physically and mentally demanding. I struggled with that a good amount. But I was able to push through and obviously finish it, but that was definitely the most difficult portion of the training for me.

What part of your training came most naturally to you, and why do you think that was?

I think it would be the combat medicine portion of the medical courses that we go to. I believe most Corpsmen who attend that course excel in that area because we have already learned the basics of that stuff earlier on. We have a good base before we attended the special operations medical course.

I already had some real-world experience too – I spent three years in the infantry and done a few deployments – so I felt confident in my skills. I’m more of a hands-on learner anyways.

It’s interesting that the first part of that training is all didactic learning, which is very strenuous in how much information they give you in a short amount of time. A lot of people, I think just struggle with that. Not necessarily their ability to learn the knowledge, but their ability to retain a lot of knowledge in a very short amount of time and then remember that for a test it’s very, very difficult. But I always appreciated and enjoyed the hands-on portion of medicine.

What are some of the traditions or history from the Navy Corpsman community that more people should know about?

One thing that’s interesting about Navy Corpsman history is that there are more Corpsmen who have received the Medal of Honor than any other job in the Navy. And, you know, that has to do with the fact that we are on the ground, fighting alongside Marines.

I think that’s something that’s interesting that people don’t really know about. There are at least 23 recipients that I am aware of, and that of course includes several Corpsmen who went on to join the Navy SEAL community at some point in their careers.

History and traditions are definitely a big thing in the Navy, especially for Chief Petty Officers. Chiefs are tasked by the Chief of Naval Operations to maintain and teach our history and heritage to junior sailors. Even before I became a Chief, naval history was just something I liked anyways. And I take that responsibility very seriously because it is important to know our history and where we come from and the things that people have done before us. It lays a good foundation of principles for us, as sailors.

One notable Medal of Honor recipient was a Corpsman (Hospitalman) named John Kilmer. He was from the Korean War era. At one point in my career, I was stationed in Texas, and we did Recon Corpsman screeners for reserve Corpsmen that wanted to try to get into that pipeline. On the last night of it, during the final exercise, we would always complete it by going to a local cemetery in the middle of the night where John Kilmer was buried.

I would read his Medal of Honor citation out loud to the group and it was actually very emotional. Every time we did that, we just went through this, you know, long two days of land navigation, running around and getting yelled at, and having to do all these physically demanding things. And then we would always point out while at Kilmer’s gravesite that, while what each participant just went through was difficult, they should think about what John Kilmer had to go through, how he lost his life.

It was just a powerful way, I think, to finish the exercise. It was this tiny, tiny headstone. Nothing elaborate or anything. You literally would not see it unless you stumbled across it by accident or knew exactly where it was. Just this tiny little gravestone on the ground, but it was so powerful.

Is there a moment or accomplishment that you’re most proud of in your military career?

For me, it was becoming a Recon Corpsman. I wanted it really bad. That was probably the most satisfying moment in my career.

There are only about three hundred SARCs in the Navy/Marine Corps, and it was just a difficult process.

What personal accomplishment are you most proud of?

Well, I think I’m a good dad (laughs). I’m not perfect – that’s for damn sure – but I like to think that I’ve done okay with that in spite of the challenging circumstances involved with being in the military.

What’s your favorite thing to do in your spare time?

It would have to be woodworking – whether it be making wooden American flags or furniture – and stuff like that. Mixology would be another one.

For me personally, when it comes to a hobby, I like to do things that will take my mind off of everything else going on in my life and just be able to focus on the now. For me it is carpentry and mixology.

A few months ago, I made some new mobile woodworking benches in my garage and bought some new tools and stuff like that. I love it.