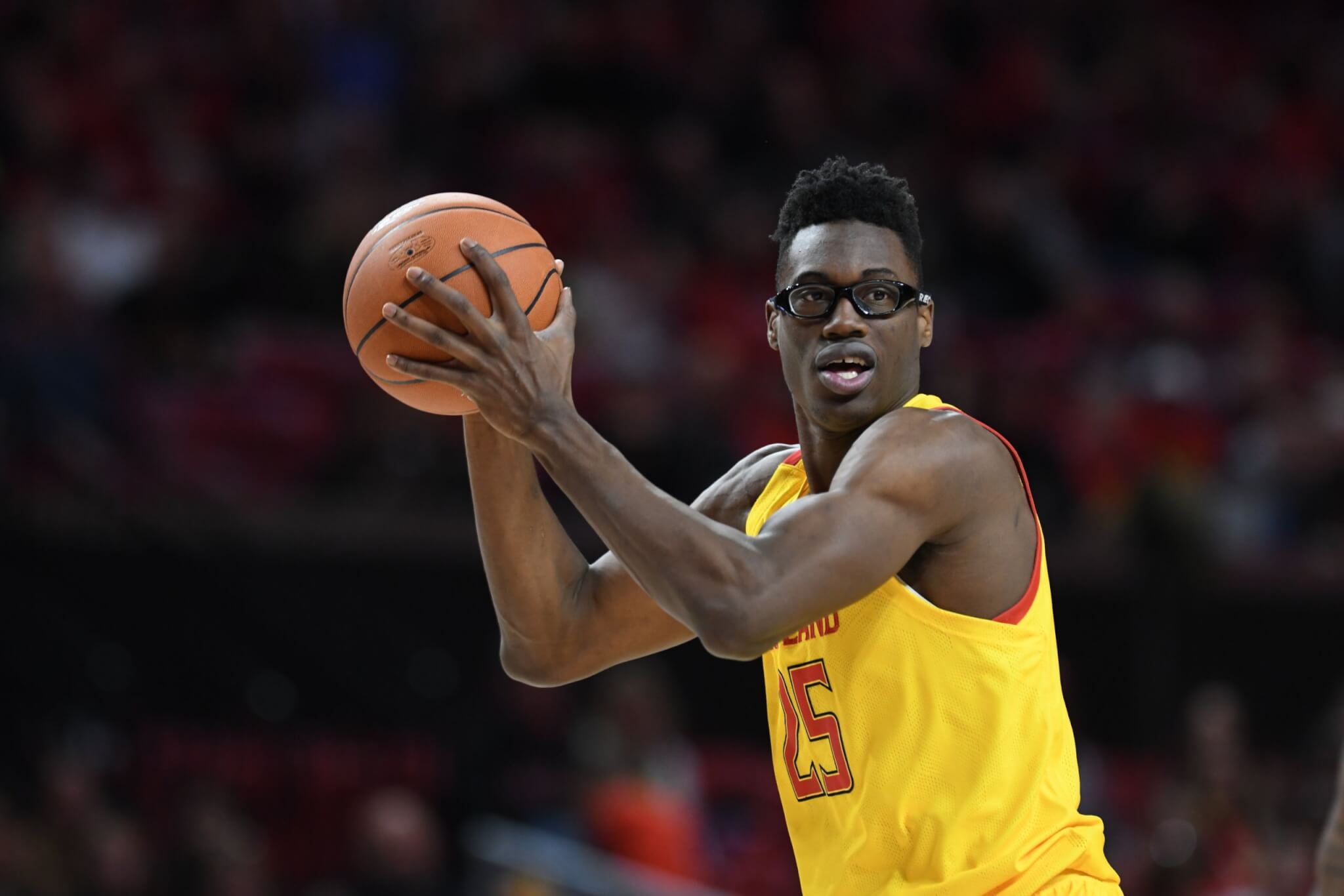 For a birthday present for his son years ago, Charles Smith bought a basketball arcade-style game where the hoop moves forward and backward, increasing the degree of difficulty. Every game ended the same way — with Jalen Smith losing, then crying — a fact riddled with irony now that Jalen was a first-round draft pick for the NBA’s Phoenix Suns.

When his father, a retired chief petty officer in the Navy, received a phone call informing him that Jalen was boarding a plane en route to starting his professional career, Jalen didn’t shed a tear.

The same could not be said for Charles.

“I know all the hard work he put into it,’’ the elder Smith said.

The Phoenix Suns drafted Jalen, a 6-foot-10, 215-pound forward, with the 10th overall pick in November. He played two seasons at the University of Maryland and won’t turn 21 until March. Jalen (3.0 points, 2.0 rebounds per game) has appeared in four of the Suns’ 16 games at the time of reporting.

His father’s military service rubbed off on Jalen.

“[It made me] more responsible for myself, more accountable and made sure that I respect elders and I am living the life that he raised me to live,’’ Jalen said.

Charles, 47, entered the Navy out of high school.

He has fond memories of watching Army-Navy football games with his uncle, Arthur Lee Smith, a master chief petty officer in the Navy, as a child. Charles was captivated about the stories that his uncle told about his service.

Charles served 23 years, and as he moved from station to station, his wife, Orletha, and two children remained on the East Coast.

“There’s no point in doing something if you’re not going to give your maximum effort,’’ Jalen said of the biggest lesson that he learned from his father. “That’s something I kept with me my whole life.’’

When the elder Smith was away, Jalen helped around the house. He made sure the doors were locked. He did not go to bed until his mother and younger sister were tucked away for the night.

Even when his father returned home, Jalen took his duties seriously.

“I was like, ‘No, daddy’s home now so you can go back to being Jalen the little kid,’’’ said Charles, now an engineering inspector. “He took on big responsibilities at a very young age.’’

One way the Smiths bonded was through basketball.

Charles, who is 6 feet tall, was a huge fan of former Maryland standouts Len Bias and Keith Gatlin. He played a little in high school but mainly was a rec-league player. Once they graduated from pop-a-shot games, the Smiths took their one-on-one battles to the court.

“I could beat him eight, nine times, and he’d still want to play again,’’ Charles said. “His will to win and finally to beat me, there was no telling him he wasn’t eventually going to do that.’’

Jalen finally prevailed when he was a sophomore in high school.

They split four games that day. Charles recalled that Jalen should have won them all, except he coaxed his son to shoot outside more instead of working the ball closer to the hoop, where Jalen’s height was a distinct advantage.

“After that, I played him one more time,’’ Charles said.

On that occasion, Charles’ wife bet him $100 that he couldn’t score a point off their son. A point? Charles managed that but never received the money.

Now he has a lot more as he sees Jalen happy and living out a lifetime goal.

“It’s been a new adventure,’’ Jalen said. “It was my first time being on the West Coast, getting accustomed to a whole new area and a whole new team that I never met before. It’s a very interesting thing, and I know it’s going to take time to get fully accustomed to everything.