EOD Memorial event returns - We Are The Mighty 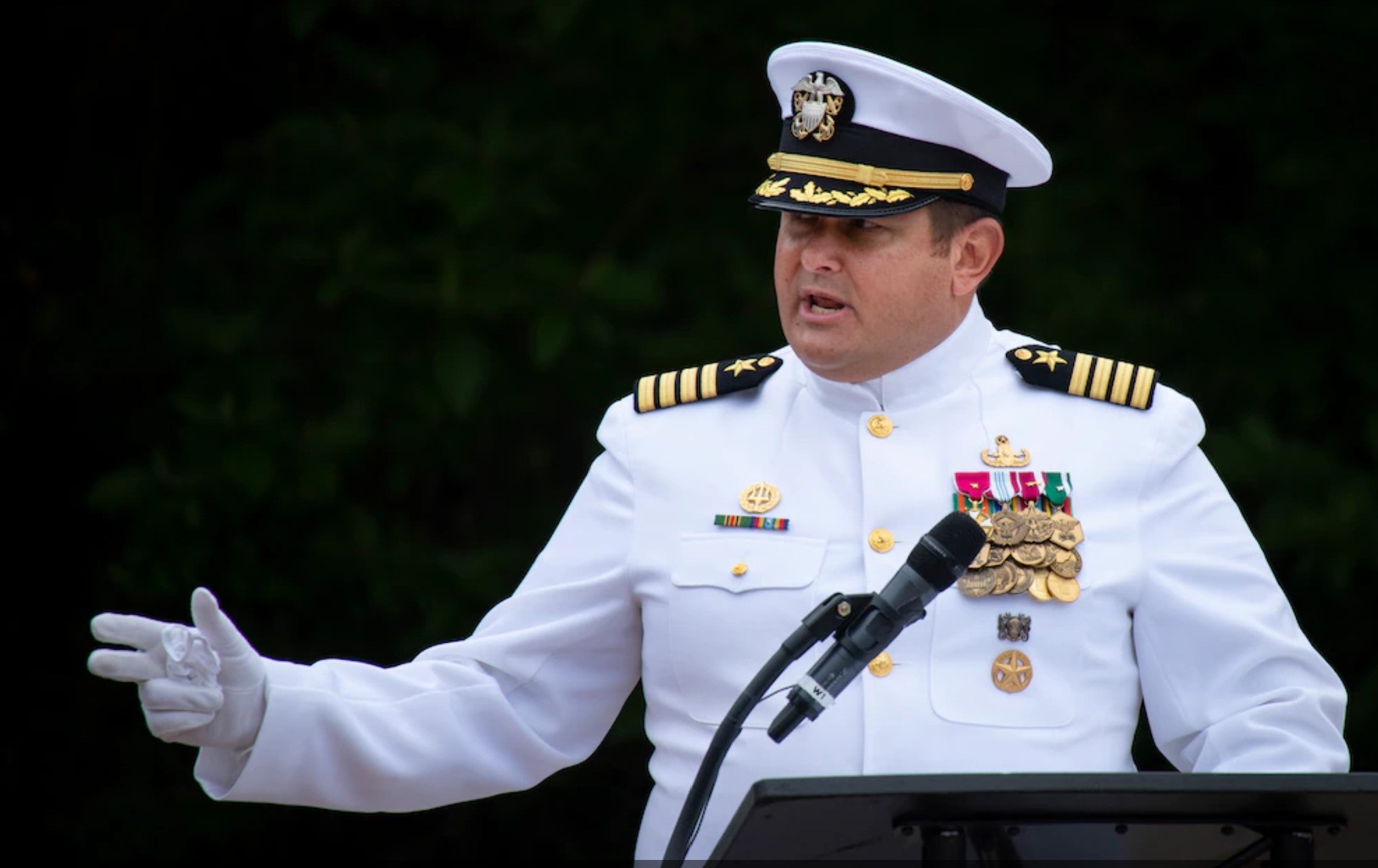 Photo By Samuel King | Navy Capt. Dean Muriano, Navy EOD School commandant, speaks about the memorial wall during the 52nd Annual EOD Memorial Service, May 1. Names of recent fallen and past EOD technicians are added to the memorial wall and flags presented to their families during a ceremony each year at the Kauffman EOD Training Complex at Eglin Air Force Base, Fla. The Army and Navy added two names this year. The all-service total now stands at 343. (U.S. Air Force photo/ Samuel King Jr.) see less | View Image Page.

Dressed in the bright whites, deep blues and dense blacks of their service uniforms, Airmen, Marines, Sailors and Soldiers returned this year to honor and remember their fallen explosive ordnance disposal brethren May 1.

The annual memorial ceremony, in its 52nd year, took place with invited guests at the Kauffman EOD Training Complex here. Last year, the event took place without attendees due to COVID-19.

Even with guests, the ceremony remained small with social distancing and masking protocols. The result created a solemn and intimate atmosphere.

Families of two of EOD technicians were in attendance to see their loved ones recognized and honored.

The schoolhouse’s commander, Navy Capt. Dean Muriano, welcomed the EOD technicians, families and a few community leaders to the ceremony and explained why they return to the memorial on the first Saturday of May each year. This Saturday is designated National EOD Day.

“This day is about paying our respect to 341 men and women already enshrined on this wall and to the two men we add this year,” said Muriano. “Let there be no doubt, the men and women we honor today personified bravery and courage.”

Maj. Gen. Heidi Hoyle, Chief of Ordnance and Army Ordnance School commandant, spoke about each person recognized at this year’s ceremony, but also about the meaning of the wall itself.

“This memorial is more than just names on a wall,” she said. “At the end of the ceremony, it will serve as tribute to the 343 EOD technicians, who made the ultimate sacrifice in service to their country dating back to the formation of the explosive ordnance disposal community during World War II. It recognizes and preserves the legacy of the sacrifices and service of our fallen warriors and their families. We remember.”

Each year, a wreath is placed in front of each branch of service’s list of names before they are read aloud. Each list is completed with the phrase “We remember,” and the names simultaneously saluted by an enlisted and officer EOD member.

The only Coast Guardsman on the wall, Lt. Thomas Crotty, was specifically recognized this year. Crotty, who died in 1942, was buried in a World War II POW cemetery in a grave labeled 312 in the Philippines. His remains were identified returned to the United States in 2019. Crotty was finally laid to rest in New York.

The families of the EOD technicians added to the wall each year receive a folded flag that was flown over the memorial.

Johnston died in combat in Afghanistan in July 2019. The decision was made to wait to this year to add his name to the wall so his family could be at the ceremony.

Devenny died during an EOD training event at Hunters Point Navy Yard in California in 1944. Devenny participated in the training in preparation for deployment to the Pacific theater.

The ceremony concluded with an honor guard rifle volley and the playing of Taps. Afterward, families and EOD technicians both past and present descended upon the Wall for pictures, to touch the engraved brass name or just remember a fallen hero.