Honoring the fallen: Band shoots video in national cemetery - We Are The Mighty 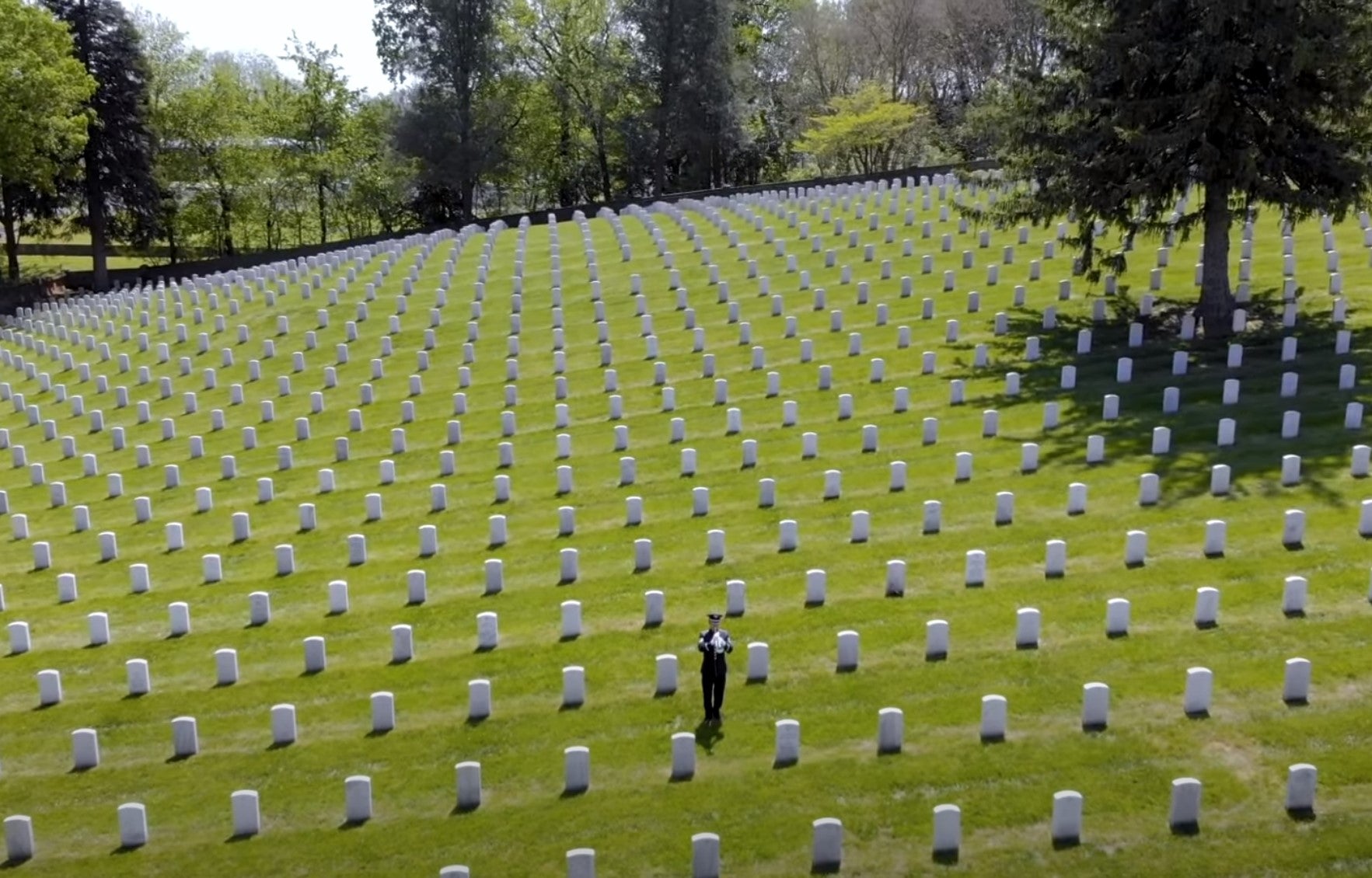 Following the success of a Memorial Day video in 2020, the Air Force Band was back at Culpeper National Cemetery in Virginia April 26 to shoot a video for Memorial Day 2021.

The band returned to the site to pay respect and film a tribute to those who lost their lives in war.

Playing the hymn “Going Home,” the band brought in a bagpiper and elements from the Ceremonial Brass for the video shoot. Using a jib, the band shot multiple passes among the grave markers of buried service members. The band releases the video prior to Memorial Day.

“I think it helps bring a really strong message of support,” Brest said. “Right now, especially with as trying as the times are in the world, it’s nice to see something that is kind of getting back to a feeling of where we were before and really bring people back together.”

“The weight is always there,” he said. “It really feels like when you come to work here that you can’t help but really just give it everything that you have and want to really express what all this means.”

“It almost acts like an outreach event for the NCA to bring awareness of not only Culpeper National Cemetery, but the other 154 national cemeteries throughout the country,” Hogan said.