National World War I Memorial honors 4.7 million Veterans - We Are The Mighty 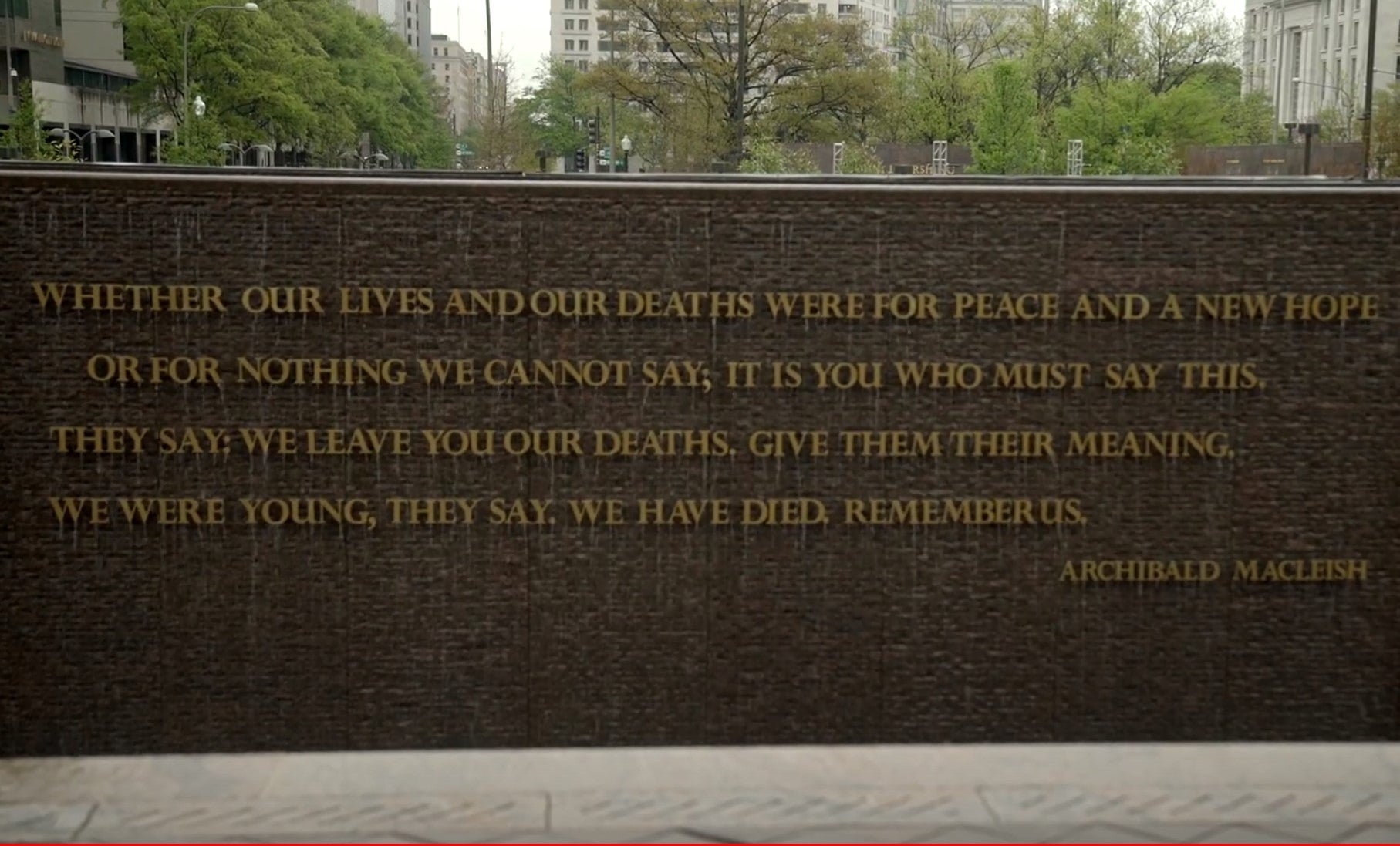 Visitors to Washington, D.C., pass many memorials during their trips, including those dedicated to wars throughout the nation’s history. The black granite of the Vietnam War Memorial. The fountains and columns of the World War II Memorial. The 19 stainless steel statues of the Korean War Veterans Memorial. One war—dubbed “The Great War”—has been the only one missing. That changes April 16, 2021, with the First Colors ceremony unveiling the National WWI Memorial.

Army Veteran Terry Hamby is commission chair for the World War I Centennial Commission. He hopes the unveiling will be an important milestone for Americans to remember those who fought.

“It’s significant to America,” he said. “For 103 years, 4.7 million men and women who served in World War I have not been recognized here in our nation’s capital for their service.”

Hamby said this group of Veterans blazed a path future generations would follow.

“This group of Americans were the first to deploy overseas to Europe and fight in a war they didn’t start,” he said. “They were willing to die for peace and liberty for people they never met.”

Hamby’s grandfather served during World War I. While working on the project, he also learned his great uncle served. He died in battle on the fifth day in the Battle of Saint-Mihiel.

“From that point forward, it’s personal because you’re a Veteran,” the Vietnam Veteran said. “But it’s really personal when one of your family members is one of those 116,516 people who gave not only the life at the moment, but the life that they would live, to the country.”

The lead designer for the memorial, Joe Weishaar, said the new memorial was a difficult task to tell the Veteran stories and honor their service.

“Weaving all of those things together has not been an easy task, but hopefully I’ve done it and it comes across when people visit,” he said. “It’s really about the men and women who served.”

Even though he doesn’t have a personal family connection to World War I, Weishaar said he felt a personal connection looking at photos and reading through diary entries of Veterans. He said the words of 20- to 25-year-old service members struck him. Weishaar was 25 when he submitted his design.

“I always felt a real connection with them,” the Arkansas native said. “Seventy thousand men and women from Arkansas served in World War I. For most of them, it was the first time they left their towns and villages. That really changes a person.”

Weishaar worked with the existing site and memorial, incorporating the stories of men and women who served during World War I. The memorial stands at the site of the former Pershing Park at the corner of 15th Street and Pennsylvania Avenue in Washington, D.C., southeast of the White House.