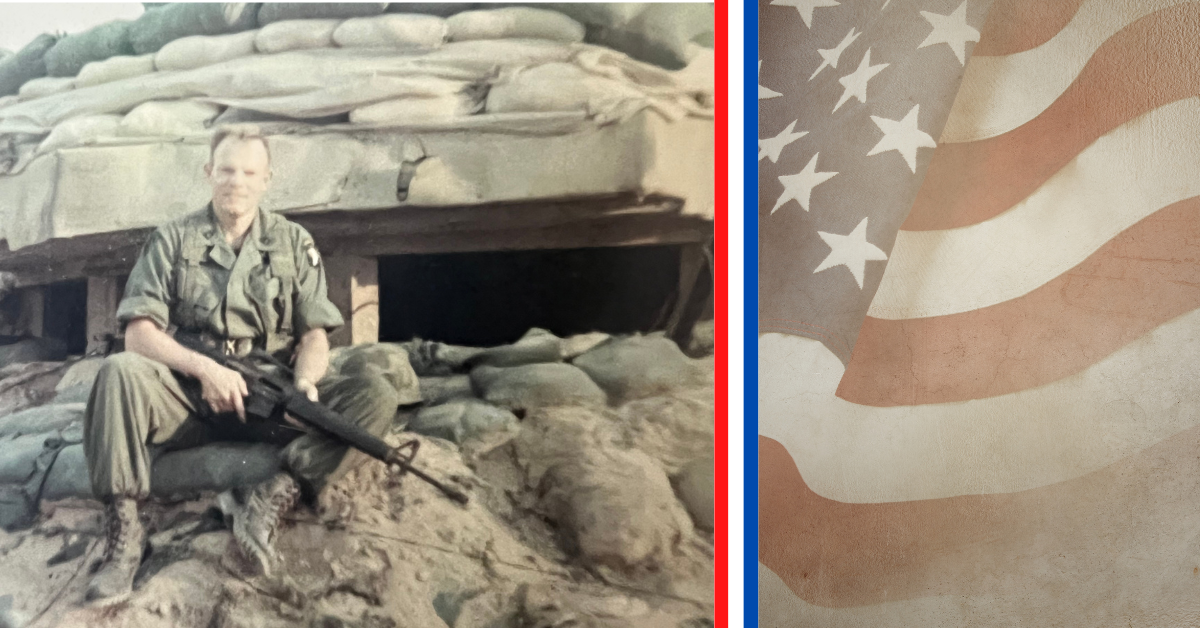 **This article discusses suicide prevention and treatment. If you or someone you know is struggling with thoughts of suicide, dial 988 for immediate and confidential help.

As suicide numbers continue to climb within the military community, many are asking what can be done and how to reach those struggling. One Department of Veterans Affairs and Department of Defense Psychologist, whose work is funded by the National Institutes of Health (NIH) and National Institute of Alcoholism and Alcohol Abuse (NIAAA), is talking to the ones who are the most adverse to treatment. And it’s working.

Dr. Tracy Stecker is a psychologist and a mental health researcher working with the NIAAA, the Department of Defense and the VA. Her passion for serving veterans and becoming a psychologist started with her father.

“My father is a Vietnam War Veteran with two tours in Vietnam. When he got home from his second tour I was born that same week. He really struggled with PTSD and had a lot of trauma from his experiences in Vietnam,” she explained. “It drove my entire career choices so you can imagine how bad he was struggling. Everything I do is out of love for his struggle and just anybody who’s having a hard time.”

Her father passed away in 2021 but his memory still drives her work.

As for what she’s seeing in patients, it isn’t a lack of strength. “They’re strong, they’re competent and they stepped up. They knew what they were getting into and believe they can handle everything that comes with it,” she said. “They acknowledge they’re having some symptoms but they kind of think time will make it better or that they have the capacity to handle it on their own.”

Stecker is working with the veterans who have avoided treatment or outright said they wouldn’t go into therapy. It begins with conversation, not a recorded treatment session. Her time with them on the phone isn’t to pressure them into a VA clinic but rather to give them one interaction or consultation that helps debunk assumptions.

One is that if you seek treatment, you’ll be in therapy for years.

“Our evidence-based treatments are short, 8 to 10 weeks in length typically. You’re gonna get specific, protocolized treatments and then you’ll then apply those in your life. Hopefully it will work for you,” she explained. “If there are other co-occurring conditions, maybe it is a little more complicated. We have treatments for most of those, too. I think that’s the biggest misconception, the ‘I’ll never get better or I’ll be there forever.'”

As for the suicide rates, she didn’t shy away from the VA’s responsibility to continue driving toward more research and continued focus on tailored treatment plans. And that they can all do better approaching suicide prevention.

“We do not have the equation, we don’t have the formulas, we don’t have the solutions but we do have many different options available for people,” she shared. “Everybody’s kind of freaked out – excuse my casual talk – but we sort of screen everybody. If anybody screens positive, we throw everything we possibly can at them. That’s not necessarily appropriate or helpful and could even be harmful for some people. I think it’s really important for us to understand the nuance, some people might just need a brief intervention, a brief talk, some support, some guidance and resources. Other people are going to need a lot more.”

The National Alliance on Mental Illness notes that 46% of people who die by suicide had a known mental health diagnosis. Other risk factors include things like prolonged stress, intoxication (1 in 5 had alcohol in their system) and other things like exposure to trauma.

So, why is the military community so adverse to coming forward with thoughts of suicide ideation? The reasons include things like fear of losing their security clearance, their weapons being removed and the general stigma top the list.

“The truth is if you have a brain, you are capable of having the thought of ‘I want this pain to end’ or ‘I don’t think I can take this anymore’. We’re all capable of having that thought. What happens next with that thought could happen with any of us but the access to means is important,” Stecker said. “Making sure if somebody is having those kinds of thoughts and they have a particular plan, for example, and they have access to that plan, being open to having those kinds of discussions about how we can help in those vulnerable situations.”

A focus on being preventative rather than reactionary is key here, she alluded.

“I have been doing this since early in the wars in Iraq and Afghanistan,” Stecker shared. “We’ve used our approach with the consultation in 11 different trials and we’re seeing success. It isn’t a treatment session but simply an outreach call. It’s now been rolled out to four different states to implement in VA clinics.”

The other thing she wants veterans to know is that they can fire their therapists and start over. One of the biggest drivers of someone not continuing treatment is not jiving with their clinician. In fact, she encourages people to ask for a reassignment. Going into therapy is an intimate experience and it’s vital that the connection is made.

Though the subject matter may be tough, the work Stecker does has changed her life. And there’s no end in sight.

“I love what I do. I value the men and women that I work with and I’ve learned so much from them. My interactions with them are poignant,” she shared. “It’s just a really powerful interaction, it affects me as much as it does them. So really, I just consider myself pretty blessed to sit in my chair and do what I do.”

To learn more about the VA and how you can seek help or refer someone who’s struggling, click here.