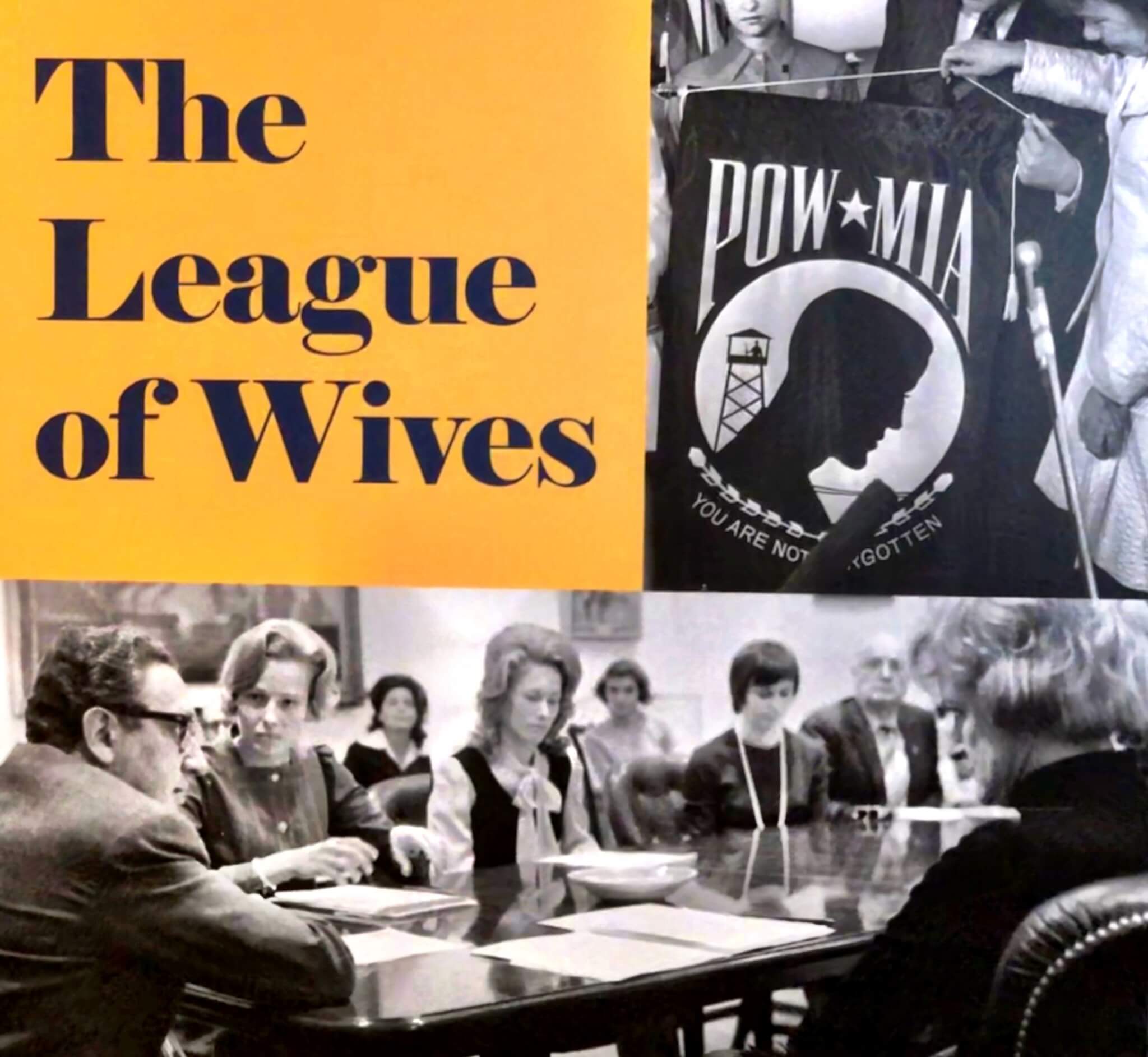 In her book, “The League of Wives,” historian Heath Hardage Lee captures the fighting spirit of military spouses who took on the U.S. government to bring their POW husbands home.

Lee, a civilian historian and museum curator, saw a diary of a family friend, Navy POW wife Phyllis Galanti. Through her papers, Lee unearthed a network of women who formed the National League of Families of American Prisoners and Missing in Southeast Asia in the 1960s. These women, led by Sybil Stockdale, put pressure on the U.S. government to get their husbands home from Vietnam.

“They have to fight not only the North Vietnamese Communists who are torturing their husbands but their own government, their own military institutions to get justice,” Lee said.

Many Americans are familiar with the harrowing tales of torture faced by military POWs like Adm. James Stockdale and former presidential candidate John McCain, at the hands of the Northern Vietnamese during their stay in the Hanoi Hilton. What is less known is the revolution that was taking place on the home front.

Told from the point of view of these women, “The League of Wives” showcases the tearful goodbyes to learning their husbands had been shot down. At first, the women responded as expected, relying upon the advice from Department of Defense leaders, while leaning on each other for support. As the story progresses, these accidental feminists find their voices and no longer remain quiet.

According to Lee, what pushed these wives over the edge was the Johnson administration’s refusal to acknowledge that their husbands were being tortured by the Northern Vietnamese.

“By 1966, they [government] fully knew what was happening,” said Lee. “And by 1967 Sybil [Stockdale] was sending coded letters to her husband, working with the Navy, and discovered they were all being tortured.”

According to Lee, instead of getting these men out of harm’s way, politicians focused on optics-first policies, not people-first. The spouses featured in the book knew their husbands were being tortured. The government’s policy of silence felt like abandonment.

Ultimately, they reached out to the media, which was the only advocacy avenue left to them. By sharing their stories with the world, they found a way to leverage public outrage, and helped to bring an end to the unpopular war in the process.

“When history is happening to you, you really don’t know it,” Lee said when asked if the League knew the long-lasting impact of their advocacy. “Particularly when you are a woman in the ‘60s, when you’re taught you’re invisible. So, none of these ladies really thought at the time they were doing anything but absolutely what they should be doing to get their husbands out.”

“When you are fighting for something that is so precious, you’re willing to do almost anything,” said Louise Mulligan, a POW wife featured in the book.

Actress and producer Reese Witherspoon read the book before it was published. Her production company Hello Sunshine intends to make the book into a film, commemorating the lives of Sybil Stockdale and her fellow POW-MIA wives.

Read: Vietnam veteran: “Your country call you to war. You go.”

“From the minute I heard about this inspiring true story, I knew it was a perfect fit for us. I’m excited to … be giving audiences a glimpse at this meaningful moment in American history,” Witherspoon said in a statement.

The book opens in the picturesque southern California town of Coronado. Known as the birthplace of naval aviation, the town was home to Sybil Stockdale and other members of their group. The League of Wives Memorial Project hopes to erect a statue commemorating these women and their role in bringing their spouses home.

“The League’s efforts ultimately helped facilitate the release of 591 prisoners of war,” said retired war correspondent Brad Willis, creator of the project. “We feel that honoring these courageous and committed women who changed the course of history will serve as an important historical memorial for the Coronado community and its future generations as well.”

More information about the memorial can be found here: https://www.ipetitions.com/petition/leagueofwives.